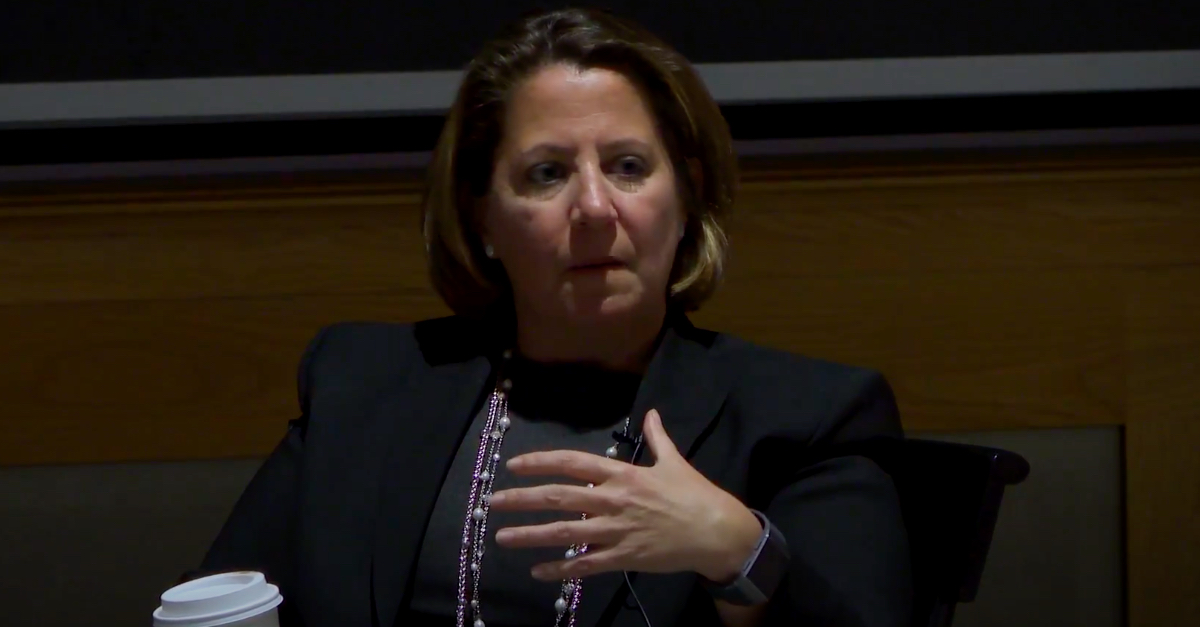 The U.S. Senate on Tuesday confirmed Lisa Monaco as deputy attorney general, making the former federal prosecutor and counter-terrorism advisor to former President Barack Obama the second-highest ranking official at the Department of Justice. Monaco received overwhelming bipartisan support from the chamber, with her nomination passing with a vote of 98-2.

The position of deputy AG has become an increasingly high profile position in recent years. Back in May 2017, following then-Attorney General Jeff Sessions’ recusal, then-Deputy AG Rod Rosenstein appointed former FBI Director Robert Mueller as special counsel in the investigation into Russian interference in the 2016 presidential election. Mueller’s probe became of the defining episodes of Donald Trump’s presidency and remains a point of political contention to this day.

Monaco is reportedly expected to have a significant role in Attorney General Merrick Garland’s Justice Department where she will immediately be charged with helping to oversee the still-growing number of prosecutions that resulted from the Jan. 6 siege of the U.S. Capitol. Garland emphasized the importance of combatting domestic terrorism during his Senate confirmation hearing, saying the U.S. was facing “a more dangerous period than we faced in Oklahoma City,” when he supervised the prosecution of Timothy McVeigh. Thus far, the pro-Trump riot has resulted in more than 410 people being charged with a range of lawbreaking as minor as trespassing and as severe as assaulting a police officer and conspiracy.

Another major facet of Monaco’s new position will be helping the Biden administration in its ongoing struggle against cybersecurity attacks, particularly campaigns to interfere in U.S. elections and dealing with the aftermath of the alleged SolarWinds hack that compromised the computer networks of the U.S. Commerce and Treasury Departments as well as the DOJ.

The Biden administration last week sanctioned 16 individuals and 16 entities “who attempted to influence the 2020 U.S. presidential election at the direction of the leadership of the Russian Government.”

Ken Wainstein, who led the DOJ’s national security division before Monaco, approved of the decision to have her help lead the department.

“Good ideas die all the time because people don’t go to the right congressman or cabinet secretary and get buy-in,” he said in a statement to the New York Times. “That’s the kind of thing that Lisa is masterful at.”

A graduate of Harvard University and the University of Chicago Law School, Monaco made a name for herself as a member of the Enron task force which prosecuted one of the biggest fraud cases in U.S. history. Her work on the task force earned her the Attorney General’s Award for Exceptional Service, the DOJ’s highest award. She also had a stint serving as counselor and chief of staff to Mueller when he was leading the FBI in the wake of the 9/11 terrorist attacks.