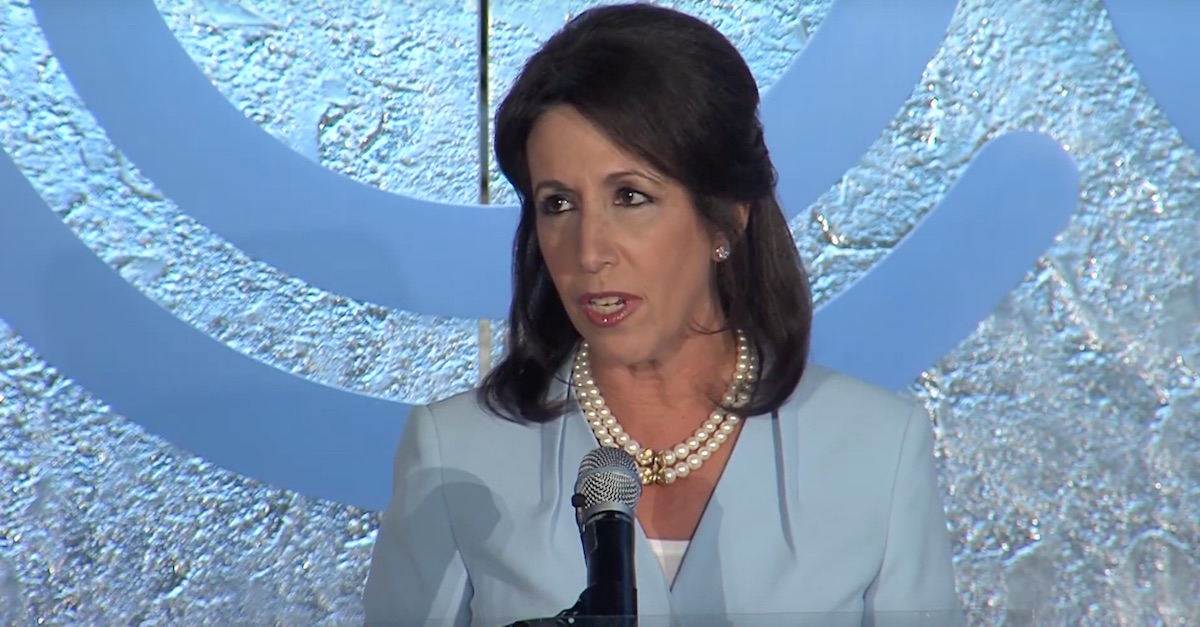 Dinolfo made the announcement Wednesday on her Twitter and Facebook accounts. While doing so, she put County Clerk Adam Bello on blast.

“Back in 2007, when I served as County Clerk, I did everything in my power to prevent drivers’ licenses from being issued to illegal immigrants — including suing Governor [Eliot] Spitzer to stop the policy in its tracks,” Dinolfo’s statement began. “This year, County Clerks on both sides of the aisle have said they are prepared to dp the same. Yet here at home, Clerk Bello has indicated he is not willing to stand up to Governor Cuomo.”

Dinolfo said that the new policy, in addition to putting state law “at odds” with federal law,  “endangers public safety, and rewards those who have not followed the rule of law in the first place.”

“I will not allow drivers’ licenses to be issued to illegal immigrants here without a fight. I am preparing to introduce legislation in our County Legislature that would bring a lawsuit against the State to challenge the constitutionality of this policy, just as the Democrat County Clerk in Erie County has said he will do,” Dinolfo continued. “If Clerk Bello will not lead on this issue, I will.”

In a tweet, Dinolfo said she “intend[s] to take the state to court.”

Dinolfo previously served as county clerk and has touted her accomplishments in “Drastically reducing DMV wait times, making public records more accessible than ever before, expanding the Clerk’s role in the Integrated Domestic Violence Court to improve the protection of victims, protecting our residents from scams and identity theft, and bringing convenient services directly to the people in their local communities through DMV and Passport outreach efforts.”

The remarks calling out Clerk Bello appear to be a response to a local news report, in which Bello said “Look, I think it’s inappropriate to say we’re going to violate the law and openly do that.  So, we’re going to work with our colleagues at the state DMV and the county clerk’s association and I fully expect to follow the law.”

In the report, Michael Kearns–the Erie County Clerk that Dinolfo referred to in her Wednesday statement–said he is “not going to issue drivers’ licenses to illegals,” adding, “Remember, there’s a possibility I could be removed by the governor.”

The New York State Senate on Monday night passed the Green Light Bill with a 33-29 vote. Although Gov. Cuomo initially expressed concern that U.S. Immigration and Customs Enforcement (ICE) would use driver registration information to target undocumented immigrants for deportation, he signed the bill into law hours later.

New York State Attorney General Letitia James has vowed to defend the bill in the event of a challenge — like the one Dinolfo is promising.