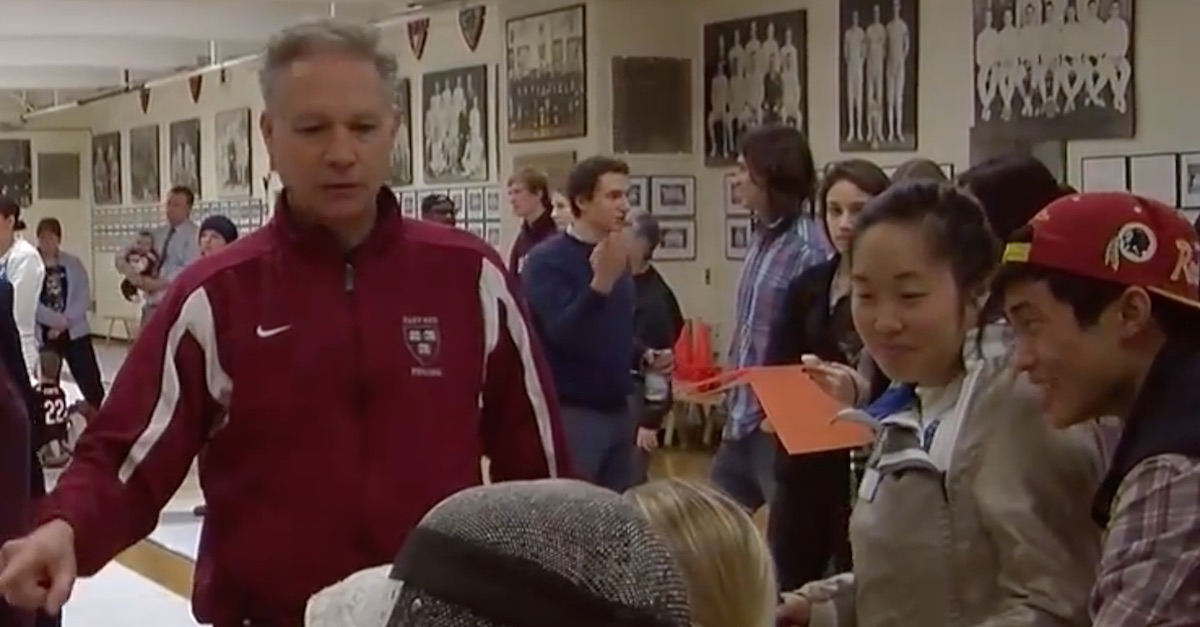 The Massachusetts United States Attorney’s Office (USAO) has expended a lot of resources on “Operation Varsity Blues,” the colorful name of the investigation into parents and university officials accused of participating in a nationwide college admissions bribery scheme. The same U.S. Attorney’s office appears to have turned its attention in earnest to Peter Brand, a longtime Harvard University fencing coach for both the men’s and women’s teams.

The Harvard Crimson noted that the Massachusetts USAO subpoenaed officials in Needham back in April, in order to gather more information about the 2016 sale of Brand’s home to a parent of two sons who would go on to be members of Brand’s fencing team. The amount of money involved appears to have put the sale on the radar of the grand jury, but it’s not the only reason:

Peter Brand, head coach for Harvard’s men’s and women’s fencing teams, sold his house in 2016 to Jie Zhao for hundreds of thousands of dollars more than its assessed value. One of Zhao’s sons, a rising junior and member of the varsity fencing team, was admitted to Harvard shortly after Brand sold his home. Zhao’s other son — also a member of the fencing team — graduated from the College in 2018.

CNN reported Wednesday that U.S. Attorney Eric S. Rosen subpoenaed the Needham Board of Assessors to obtain documents about the property formerly owned by Brand.

The subpoena said that the grand jury was investigating “suspected violations of federal criminal law” and “directed” Needham officials to “furnish to the Grand Jury the documents described in the attached subpoena.”

Harvard University previously announced that it was opening an investigation of its own.

Brand’s Harvard bio says that he has led the men’s and women’s fencing teams to “their most successful era in school history since he joined the Crimson staff prior to the 1999-2000 season.”

In that short time, Brand has delivered Harvard its first NCAA team championship, a combined four Intercollegiate Fencing Association three-weapon titles, two IFA six-weapon championships, and a combined 12 Ivy League titles – four by the women and eight by the men. He has also coached 78 All-Americans in his time behind the Harvard bench.