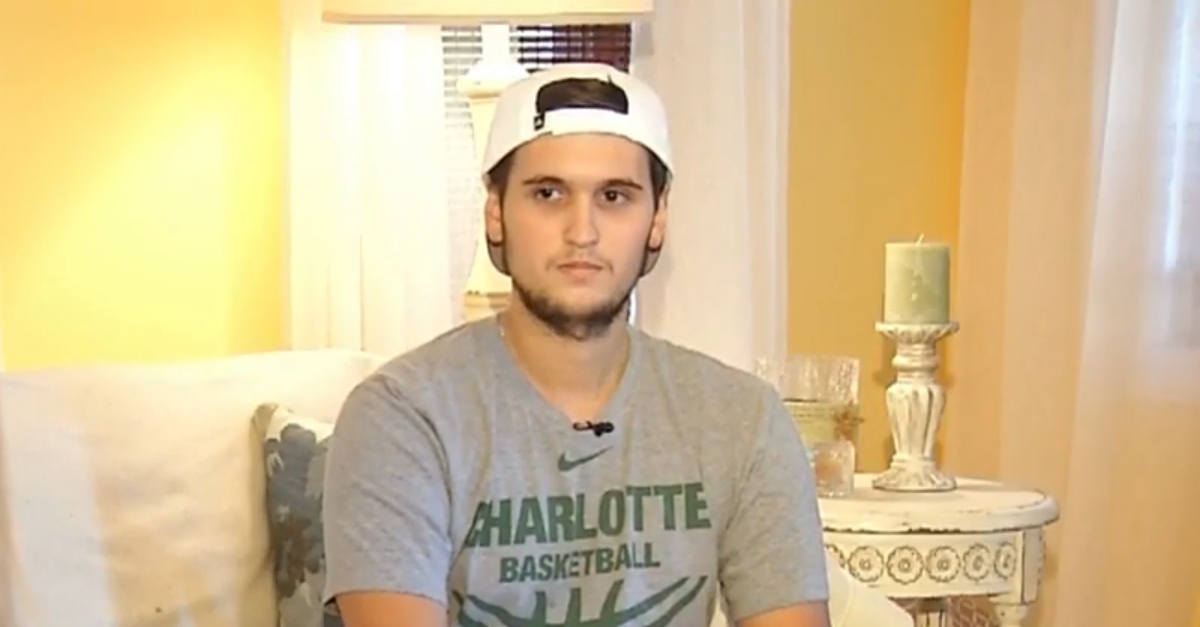 A survivor of the April 30 shooting at the University of North Carolina at Charlotte wrote an open letter on social media, demanding that more be done to “prevent these tragedies, or rather, these terrorist attacks on our schools, places of religious gatherings, concert venues,” and elsewhere.

“It feels like we aren’t doing a thing about it and that we wish the best for the people involved and then move on with our daily lives until the next one happens,” Drew Pescaro said in the lengthy letter posted Tuesday on Instagram and Twitter. “I can even admit being guilty of that until it happened at my school, UNC Charlotte.”

Pescaro and three others were injured in the late April shooting at the school; two people were killed.

“I am beyond thankful to still have my life and be able to write this and thank the Lord each day for my life as well as my fellow classmates who were hit with a bullet but were able to pull through,” Pescaro’s open letter continued. “I can’t even begin to describe the feeling of being carried out of that classroom, knowing fully that two of my classmates would not be leaving it.”

Pescaro said that more needs to be done to prevent mass killings like these from happening over and over again.

“I have stated before and will state again, I am fully aware that a gun didn’t come into my class and start firing on its own,” he said. “There was a horrible person doing that and I hope he never sees the light of day again. But I also understand that we use mental issues as an excuse. I also find this to be wrong because I know plenty of people who deal with mental health issues, myself included, who would’ve even conceive the idea of hurting another human being and terrorizing the surrounding community through such horrible acts.”

Pescaro stopped short of suggesting specific policy initiatives, but advised against going to “extremes” — people calling to take away all guns, or arming all of the so-called “good guys.”

“Who’s to judge who is ‘good’ and who is ‘bad’?” he wrote. “Just because there’s no prior criminal history does not mean they won’t go and commit criminal acts in the future. As I previously stated, I don’t have an answer for what can be done, but I demand cooperative effort amongst the people not only in the State of North Carolina, but the leaders of the US as well who have the power to make change.”

Pescaro spent weeks in the hospital, and provided updates on social media. He announced his release from treatment in late May with a video set to Eminem‘s “Without Me.”