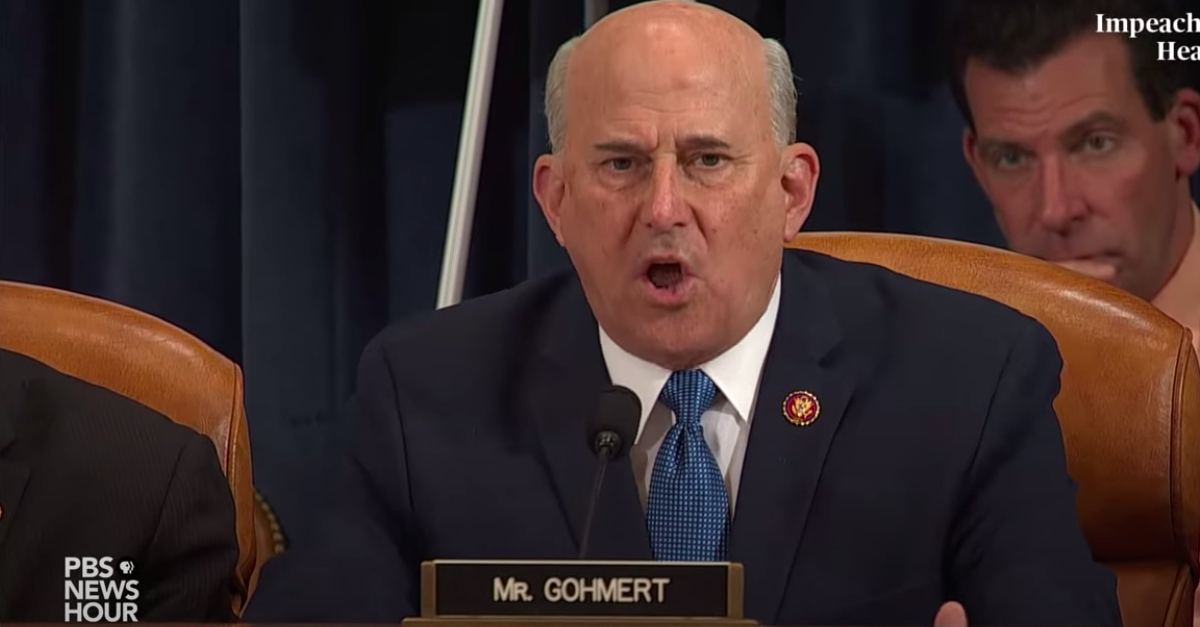 Cuccinelli, the pugnacious former Attorney General of Virginia, was one of the most divisive figures of the Trump administration. The nonpartisan Government Accountability Office (GAO), last year ruled that Cuccinelli, then the Senior Official Performing the Duties of the Deputy Secretary of the Department of Homeland Security (DHS) was ineligible to hold the office he had been appointed to by Trump. A federal judge last year similarly ruled that his appointment as acting director of USCIS was also unlawful.

No longer in the office he was found to have served unlawfully, Cucinelli is now representing pro-Trump Reps. Louie Gohmert (R-Texas) and Andrew Clyde (R-Ga.) in their federal lawsuit against the House Sergeant at Arms and Chief Administrator.

Their new complaint alleges that the chamber’s rules, which requires members to undergo a complete security screening before entering the House or be fined, is being unfairly enforced against only Republican lawmakers. The security measure was passed in February following the Jan. 6 siege on the U.S. Capitol and mandates members pass through a metal detector.

“Defendants have and/or threaten to continue to violate Plaintiffs’ rights under Article I and the Twenty-Seventh Amendment of the U.S. Constitution, by selectively and punitively enforcing a House Rule against only Republican Representatives, and engaging in the constitutionally-prohibited reduction of Plaintiff’s congressional salaries as a means of harassing democratically-elected Representatives who are members of the opposition party in the House of Representatives,” the complaint states.

The measure, known as House Resolution 73, directs the Sergeant at Arms to fine a lawmaker who fails to complete screening $5,000 for their first violation and $10,000 for any subsequent violations.

The complaint further claims that enforcement of the screening rule “unconstitutionally inhibited the ability of Republican House members from attending sessions in the House Chamber” thereby “denying some members the ability to vote” and “fining members who seek to timely reach the floor” without going through the screening process.

Gohmert and Clyde were the first two lawmakers fined under the resolution, and they claimed that Speaker Nancy Pelosi was not penalized after avoiding the screening process two days after the measure was passed.

“The security personnel under the authority of the Sergeant at Arms made no effort to force [Pelosi] to be screened or to restrain her from entering the Chamber,” the suit states. “The Sergeant at Arms did not issue her a citation, her violation was not referred to the House Ethics Committee, and she was not fined.”

The Republicans allege in their lawsuit that three of their Democratic counterparts—Reps. Maxine Waters of California, Jamie Raskin of Maryland and Nydia Velazquez of New York—violated the screening rule without being subjected to any fines or discipline.

“It actually sets up a system where they can literally keep Republicans from voting. Now they could keep Democrats from voting, but they never do that,” Gohmert said in an interview with The Washington Times, adding that “the courts have got to step in.”

“We report to our districts. We do not report to the speaker of the House,” Clyde, a first-term congressman, told the outlet.

Speaker Pelosi’s office did not immediately respond to Law&Crime’s inquiry concerning the lawsuit.