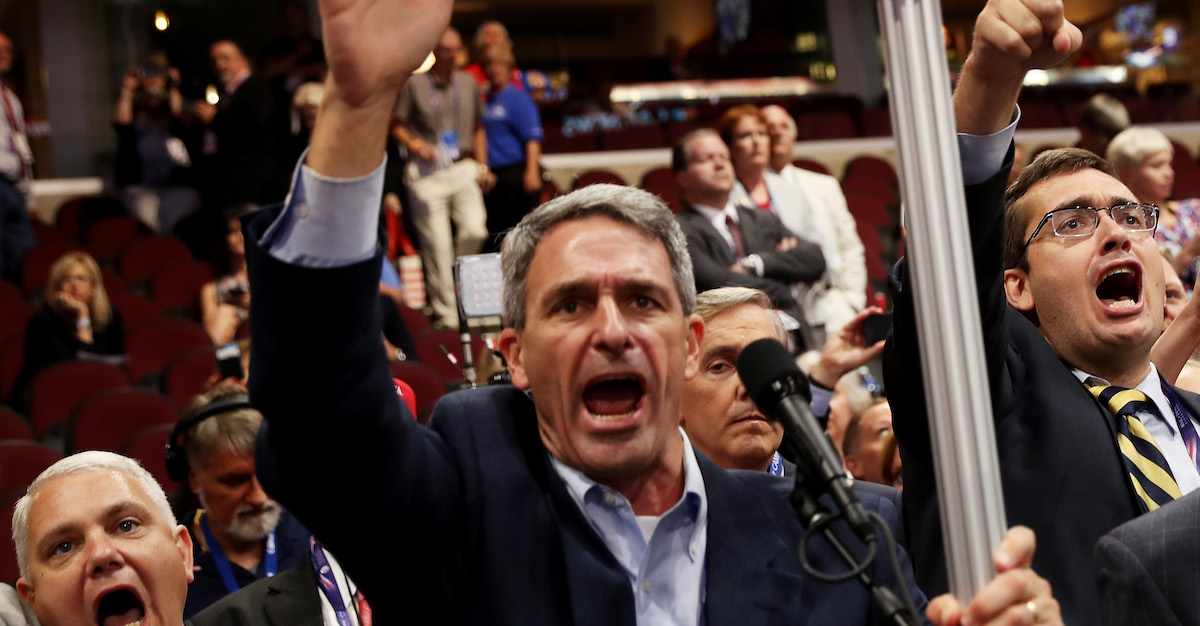 Although Vladeck did say that “the manner in which President [Donald] Trump pulled this off may not violate the plain letter of the FVRA,” he also said the move “certainly can’t be reconciled with the law’s spirit.” The move effectively sidesteps Congress’ advice-and-consent role in confirming appointees as an officer of an executive agency.

Typically, as subsection (a) of 5 U.S. Code § 334 says, there are three reasons an acting officer can be appointed in the case of sudden vacancy: death, resignation, or the vague phrase “otherwise unable to perform the functions and duties of the office.” Here’s what that temporary officer is empowered to do:

Vladeck noted that we’ve seen the Trump Administration use the FVRA before to appoint acting Trump chief of staff Mick Mulvaney “as acting director of the Consumer Financial Protection Bureau, Robert Wilkie as acting secretary of veterans affairs, and Matthew Whitaker as acting attorney general (not to mention how Kevin McAleenan became acting secretary of homeland security).”

But Vladeck then explained at length why this is different: there is no statute in this case that defines what a “first assistant” is at USCIS; plus, Cuccinelli has not held a prior position in the federal government:

Although the director of USCIS holds an office created by statute, the same does not appear to be true of the deputy director. Instead, that position is an internal position created by executive branch regulation (and currently held by Mark Koumans, who, as the “first assistant” until now, had been serving as acting director of USCIS for the past week). Apparently, Cuccinelli has been named to the brand-new position of principal deputy director of USCIS, a role that, so far as I can tell, did not exist before today. Presumably, the new staff position of principal deputy director will supersede the deputy director as the first assistant for purposes of the FVRA. (Some statutes expressly identify which position in specific agencies is the first assistant, but no such statute does in this case.) In other words, through nothing other than internal administrative reshuffling—creating a new position and deeming it the first assistant—the Trump administration was able to bootstrap Cuccinelli into the role of acting director, even though, until today, he had never held any position in the federal government.

Let’s return to what the law says about who may not serve as an acting officer:

Then the caveat of “first assistant”:

(2) Paragraph (1) shall not apply to any person if—
(A) such person is serving as the first assistant to the office of an officer described under subsection (a).

This is how they’re purporting to get around the Federal Vacancies Reform Act:

Create a brand-new deputy position, decree that new position the “first assistant” to the Director, and then the brand-new deputy becomes eligible for appointment as Acting Director under § 3345(a). https://t.co/9tShoLshCq

Politico further explained how this works in practice:

The newly created position will allow Cuccinelli to run the agency without dismissing USCIS deputy Mark Koumans, according to one current and one former DHS official familiar with the plan. The officials expected the administration to make the “principal deputy director” position the top role in the department, which would allow Cuccinelli to become acting director under a provision of the Federal Vacancies Reform Act.

In closing, Vladeck reiterated that the Cuccinelli appointment is therefore “probably not an outright violation of the FVRA.” Nonetheless, Vladeck warned that if you follow the logic here, “nothing would prevent naming anyone, at any time, to run almost any senior agency for as long as the FVRA allows—a minimum of 210 days and perhaps more depending on when a permanent successor is nominated.”

"Mr. Cuccinelli, you're the 'Assistant to the Director.'"

"You mean the 'Assistant Director.'"

"Well, under the Federal Vacancies Reform Act, it doesn't really matter. We can just decree you Acting Director either way."https://t.co/KpLYRQFzxk pic.twitter.com/ThOMsHsDcf