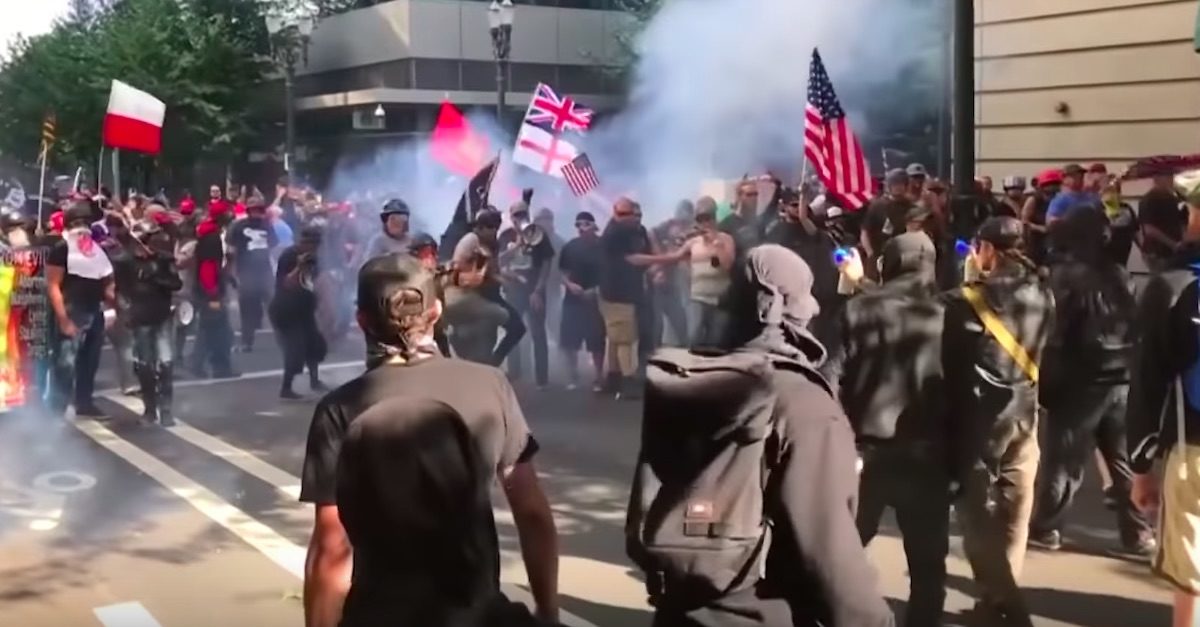 Public officials in Portland, Oregon are considering legislation that would make it illegal for people to wear face-covering masks during public protests in an effort to address recent outbursts of violence during political demonstrations, according to a report from the Wall Street Journal.

Calls for an anti-mask law stem from an incident on June 29, when the right-wing Proud Boys group organized a march in the city. In response to the march, a number of people and groups opposing the Proud Boys’ self-described “Western Chauvinist” message organized counter-protests to take place at the same time and place.

During this event, conservative writer Andy Ngo was assaulted by members of the left-wing group Antifa (anti-fascist), many of whom wear masks during public demonstrations. Ngo said he was “set upon by a mob, some wearing fiberglass-hardened gloves as well as masks,” who “pummeled [him] in the face and back of the head.”

Following the June 29 protests, Portland Police Chief Danielle Outlaw began calling for a ban on masked protesting. “A lot of people are emboldened because they know they can’t be identified,” Outlaw said during a press conference, according to the Journal.

The American Civil Liberties Union of Oregon responded to Outlaw’s anti-mask suggestion by claiming that such a law would limit citizen’s freedom of speech and organization protections.

ACLU spokesperson Sarah Armstrong told the Journal that the real issue is people’s behavior, not their masks.

“A policy that prohibits wearing a mask to a protest not only risks chilling First Amendment-protected activities, particularly for those who wear ‘masks’ for political and religious reasons, it misses the issue entirely,” Armstrong said.

Eileen Park, a spokesperson for Portland Mayor Ted Wheeler, told the news outlet that city officials discussed outlawing masks at public so those engaging in criminal activity cannot avoid being identified. According to Park, Mayor Wheeler “wants to weigh his options thoroughly and hear concerns from community leaders before making a decision.”

According to the Journal, 15 states as well as some counties and cities have already passed some form of anti-mask legislation.