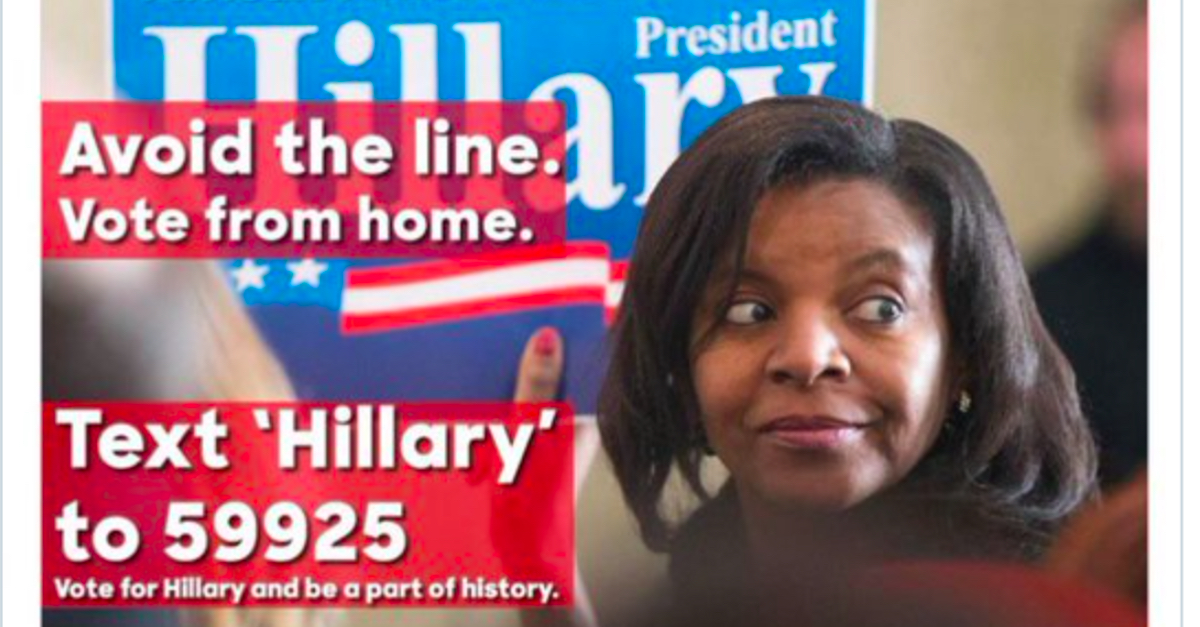 Douglass Mackey, the far-right Twitter troll known by the handle Ricky Vaughn, failed to persuade a federal judge that his alleged attempt to interfere with the 2020 presidential election was First Amendment-protected speech.

Taking his online identity from Charlie Sheen’s character in the movie Major League, Mackey was unmasked by the Huffington Post in 2018 as the Manhattan man behind the Vaughn account. The then-influencer had been known to frequently boost pro-Donald Trump content while publishing antisemitic and white nationalist memes and propaganda.

Nearly one year ago, federal prosecutors alleged that Mackey crossed the line into illegality when he spread memes apparently telling Hillary Clinton supporters to “Avoid the Line. Vote from Home.” The meme encouraged supporters to text “Hillary” to 59925, and prosecutors said that this design showed his tweets had wide reach.

“On or about and before Election Day 2016, at least 4,900 unique telephone numbers texted “[Candidate’s first name]” or some derivative to the 59925 text number, which was used in multiple deceptive campaign images tweeted by the defendant and his co-conspirators,” the Justice Department said.

Facing a charge against him that carries a possible 10-year sentence, Mackey has advanced a multi-pronged attack to attempt to dismiss it before a trial.

U.S. District Judge Nicholas G. Garaufis, a Bill Clinton appointee, set each of those arguments aside in a short docket entry on Wednesday.

“This court finds first that a reasonable jury could hold, under any one of several theories, that it was reasonably foreseeable that Tweets from a Manhattan-based Twitter personality with thousands of followers would reach or pass through a judicial district as large as the Eastern District of New York, and that venue was therefore properly laid in the district,” Garaufis wrote.

The judge likewise rejected Mackey’s attack on the use of the statute that prosecutors deployed against him: 18 U.S. Code § 241, conspiracy against rights.

“Next, the court holds that the statutory and decisional law, and in particular the DOJ’s long history of using 18 U.S.C. § 241 to prosecute conspiracies against the free exercise of the right to vote, constituted fair warning under the controlling standard from United States v. Lanier,” the judge added, referring to a 1997 Supreme Court opinion that clarified the Constitution’s demands for notice.

As for Mackey’s claim that his memes were constitutionally protected, Garaufis said that’s for the jury to decide.

“Finally, 18 U.S.C. § 241 as applied in the indictment does not, as a matter of law, violate the First Amendment because although the case involves false utterances, it is at its core, about conspiracy and injury, not speech,” the judge wrote. “To the extent that the case does implicate the First Amendment, it is constitutional under the standard for false utterances set forth by the Supreme Court in United States v. Alvarez.”

The Alvarez precedent held that the Stolen Valor Act, which criminalized falsely claiming to have obtained a military distinction or medal, violated the First Amendment. It also clarified the standard for what speech does not enjoy that constitutional protection.

“Although Defendant Mackey contends that the false utterances are protected as satirical speech, that is an issue of fact for the jury,” he concluded.

“The court’s ruling means that the case is headed to trial, to which we are very much looking forward,” Frisch said.

Garaufis indicated that he will release a lengthier opinion explaining his reasoning “in the coming days.”