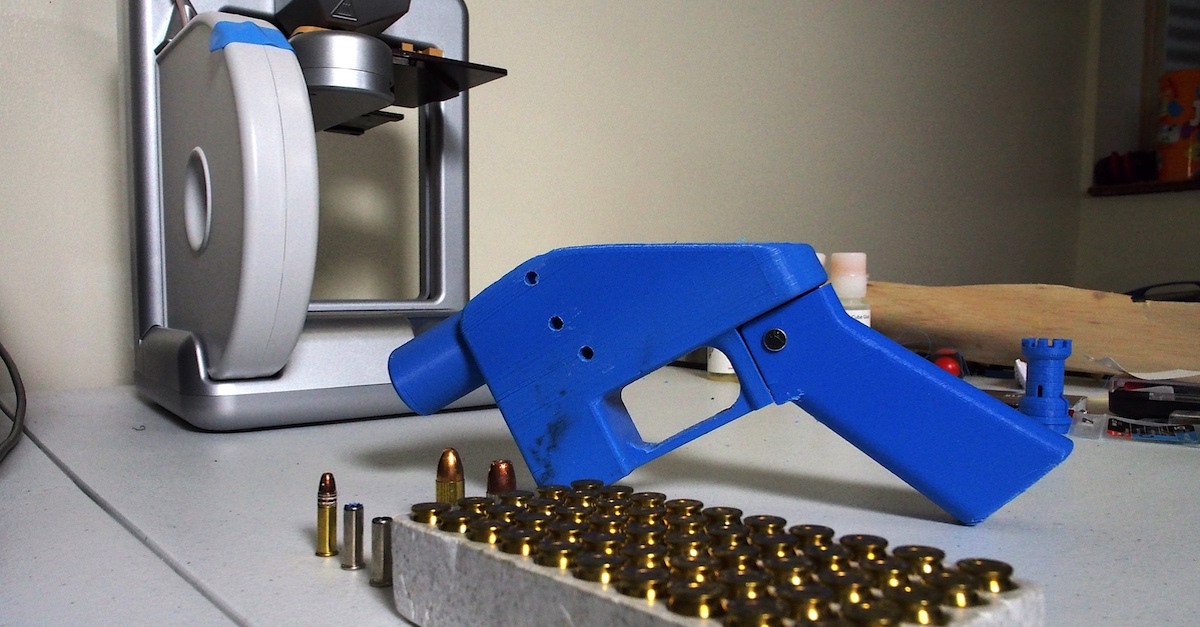 Seattle-based U.S. District Judge Robert Lasnik has issued a temporary restraining order hours before the Texas company Defense Distributed was set to release blueprints for 3D guns so that these plans could be downloaded and printed by the public.

Lasnik explained the ruling by saying that there was a “possibility of irreparable harm because of the way these guns can be made,” noting that they are not traceable. He feared they could end up in the wrong hands.

As the Associated Press reported, Defense Distributed founder Cody Wilson released designs as early as 2013 and the U.S. State Department told him to stop when some of the 100,000 who downloaded plans were not based in America. That changed in June, resulting in the current situation. Wilson has argued that the restriction on his company violates its First Amendment rights.

The reaction on social media on this issue has been, as it always is, divided.

Pretty much everything that critics are saying about 3D-printed guns is nonsense, as @DavidAFrench explains. https://t.co/0eH1yBlWHd pic.twitter.com/x8x5HhtkL7

This is a silly, uninformed article. It has never been illegal to print non-NFA designs on a 3D printer (not just a regular printer at home). People act like gunsmithing is a new thing. https://t.co/2vIra2lopu

Pretty much everything @AliVelshi is saying about 3D printed guns on MSNBC right now is factually inaccurate. There are so many outlets making so many false statements right now it's impossible to keep up with them all.

It would be 10 times easier for a criminal to buy an illegal gun on the street than it would for them to print one on a 3D printer. Banning these blueprints is stupid.

Surely the founding fathers wrote the 2nd amendment with the idea "downloadable guns for 3D printers" in mind.

BREAKING: A federal judge just issued a temporary restraining order to block the release of blueprints for 3D-printed guns! Now we need Congress to do the right thing and pass our bill to permanently block these blueprints from ever being published.

I am looking into 3-D Plastic Guns being sold to the public. Already spoke to NRA, doesn’t seem to make much sense!

“I am looking into 3-D Plastic Guns being sold to the public. Already spoke to NRA, doesn’t seem to make much sense!” he tweeted.

“The President is committed to the safety and security of all American; he considers this his highest responsibility,” Gidley said. “In the United States, it’s currently illegal to own or make a wholly plastic gun of any kind, including those made on a 3D printer.”