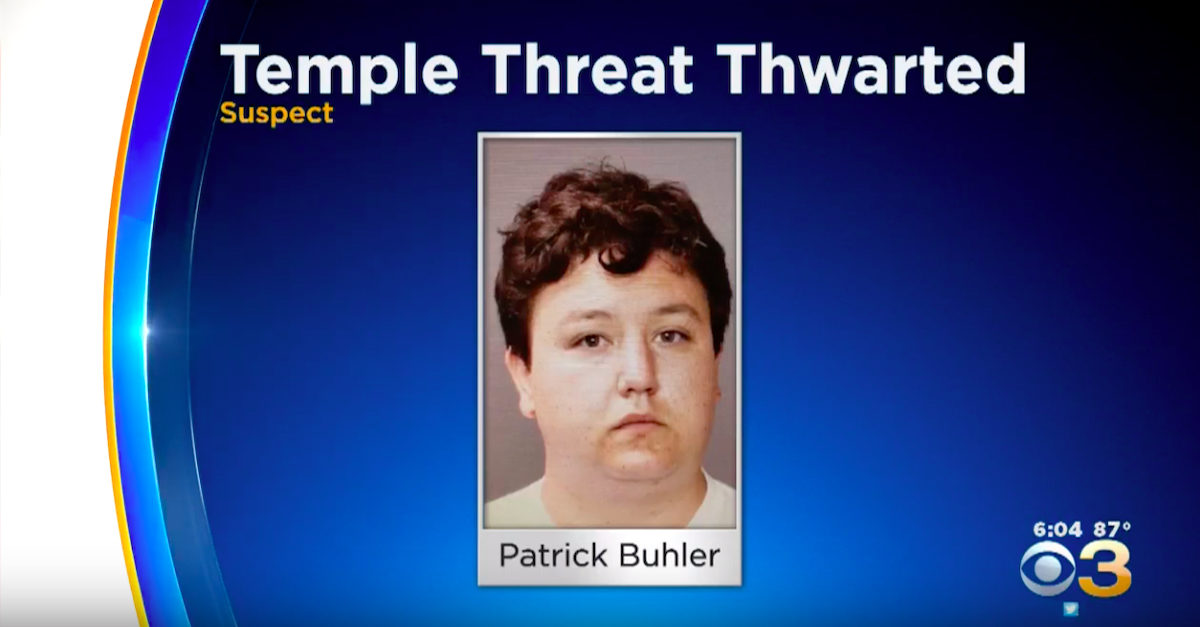 A Pennsylvania man was arrested Saturday after making threats against Temple University while purchasing ammunition for a semi-automatic rifle at a Walmart store. Police said a potential mass shooting at Temple was averted due to the actions of employees at the Walmart located in Tullytown, Bucks County, according to local WFMZ News.

According to allegations in the criminal complaint, Buhler spoke to a customer in the sporting goods department about University security on Wednesday night, asking questions about the campus police and the department’s response time, according to a report from ABC News. He is then alleged to have said, “You will see something on the news in the next couple of days.”

“He was making threats that were not only concerning but ended up being criminal,” Weintraub said.  “They did a background check of their system and saw that this now-defendant was making very similar purchases at [other] Walmart stores in the area.”

According to police, Buhler had also purchased knives, ammunition, propane tanks, a two-way radio, and binoculars at other nearby Walmart stores.

Buhler, who was arrested Thursday at his home in Morrisville, Pennsylvania, later told police that his comments to the other Walmart customers alluding to “violent things” were a mistake, saying he didn’t know what he was thinking at the time.

“We were lucky in this situation. We were able to nip a potentially deadly and explosive situation in the bud,” said Weintraub.