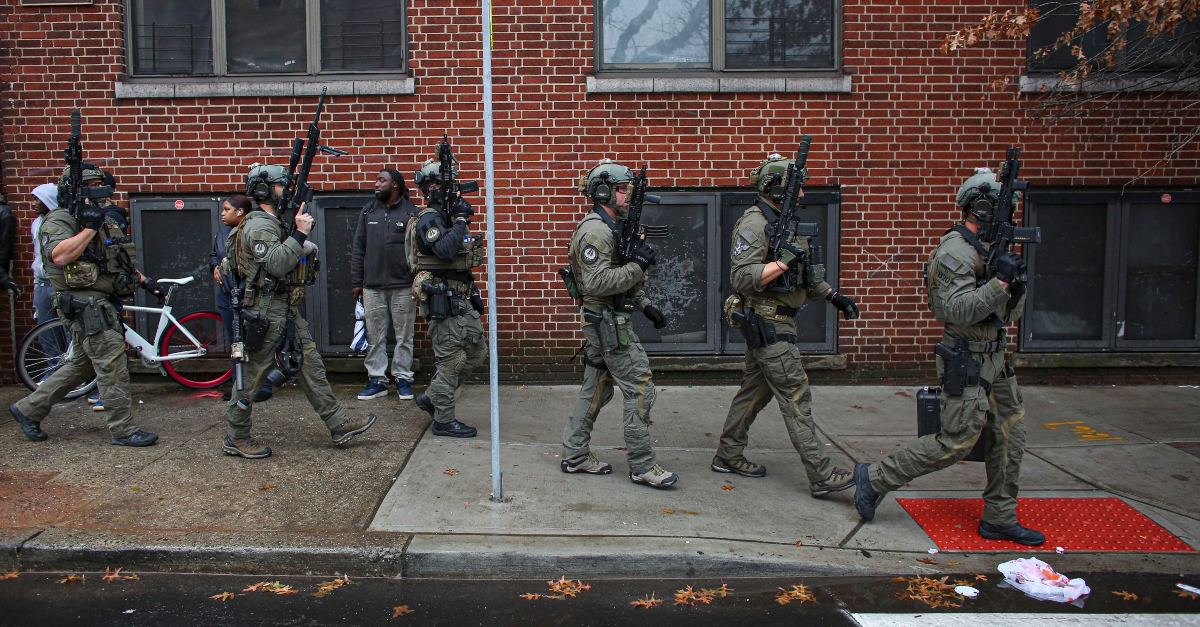 The officer slain amid a standoff in Jersey City, New Jersey was identified Tuesday as 15-year veteran Detective Joseph Seals, 40. He was a husband and a father of five children.

This is the #Hero we lost today. Joe was a 15 year veteran who left his home this morning like we all did saying goodbye to his wife and kids. He protected the city from the evil that took his life today.. Pray for Detective Joe Seals’ wife, 5 children, and @JerseyCityPOBA pic.twitter.com/WUv63yaB1r

From @JerseyCityPOBA
Warning – We have been alerted that there are numerous GoFundMe pages set up for Det. Joseph Seals most, if not all, are fake.

Do not donate to any GoFundMe or for Det. Seals.

The @NJSPBA will coordinate with @JerseyCityPOBA on an official effort.

Seals was shot and killed Tuesday afternoon at the Bayview Cemetery in Jersey City, authorities said. This incident was reportedly linked to an incident where two armed suspects killed three people inside the J.C. Kosher Supermarket on Martin Luther King Drive. The gunmen were killed in a standoff with cops, officials said. Two police officers were injured.

Seals was credited with an active and successful police career. In 2008, he and another cop saved a woman from being sexually assaulted in her apartment, police said.

Authorities have not announced a specific motive, but Jersey City Mayor Steven Fulop said Tuesday and Wednesday that evidence showed the suspects “targeted” the kosher market. One of the suspects reportedly made anti-Semitic and anti-police posts.

Police did not release the names of the civilian victims, but two have been identified as Moshe Deutsch and store owner Mindel Ferencz.