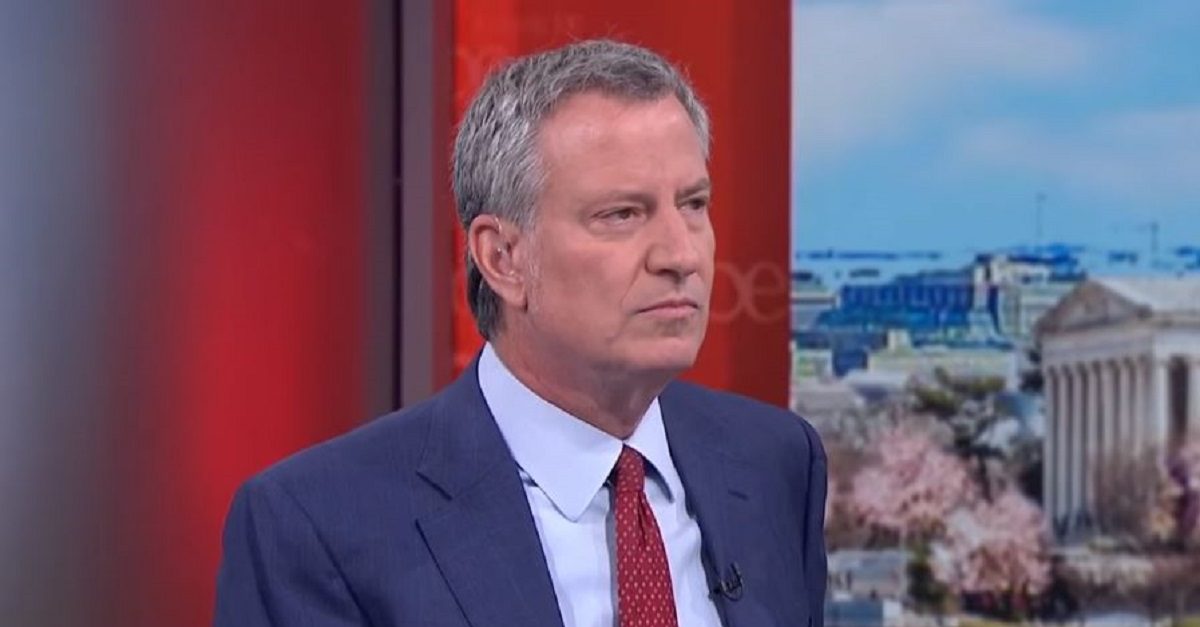 Attorneys representing New York City’s public safety and law enforcement unions on Wednesday asked a state judge to prevent Mayor Bill deBlasio (D) from releasing employee disciplinary records that have long been kept from the public eye. In a lawsuit filed in New York County Supreme Court, the attorneys said the planned “data dump” of disciplinary records for firefighters, corrections officers, and police officers would “destroy the reputation and privacy, and imperil the safety, of many of those firefighters and officers.”

In the wake of widespread protests against police brutality, Mayor de Blasio last month announced that the city would begin publishing decisions in the disciplinary trials of police officers within 48 hours. As part of an effort to improve transparency in policing, the mayor also promised that pending charges against 1,100 police officers would be published online, including the officer’s name, the charges against them, and the date of the scheduled disciplinary hearing.

Attorneys representing the unions said the release of such records would violate their collective bargaining agreements with the city as well as the U.S. and New York State Constitutions, warranting an injunction against allowing the data to be released publicly.

The union attorneys repeatedly returned to the contention that the proposed data would include “unsubstantiated accusations related to serious crimes” that may be false but would nonetheless be included.

“This is not a challenge to the public right to know. This is not about transparency. We are defending privacy, integrity and the unsullied reputations of thousands of hard-working public safety employees,” Hank Sheinkopf, spokesman for We Are All New York said in a statement emailed to Law&Crime. “Any worker who has ever been the subject of unfair or false complaints knows the personal and professional damage that can be caused.”

Molly Griffard, a legal fellow for the Legal Aid Society Cop Accountability Project, said last month that the mayor’s policy was a welcome shift from toward a more transparent police force.

“Many of these officers who are still patrolling the streets have lengthy misconduct records, so New Yorkers really deserve to know,” Griffard said. “It’s critical that when our clients are accused of crimes by police officers, we need to know those officers’ records. If they have a record of planting evidence, lying on the stand, those are critical for us to know.”