Brendan Hunt Pleads Not Guilty to Threatening to Kill Democrats 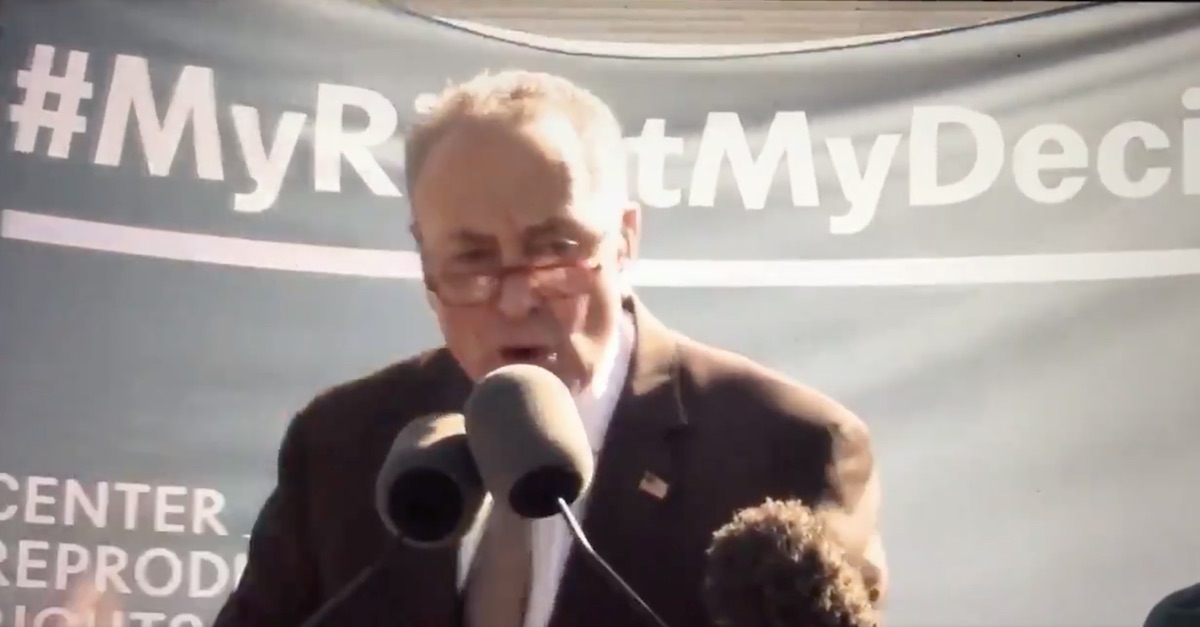 One of the top Democrats whom prosecutors alleged Brendan Hunt threatened to kill was Senator Sen. Chuck Schumer of New York.

Hunt pleaded not guilty during the same 30-minute hearing.

Finding that Hunt “presents a danger that cannot be addressed” without a bond, Chen added: “It’s a threats case. These are threats that were made by electronic media.”

Prosecutors itemized those alleged threats at length in an eight-page criminal complaint on Jan. 18.

“Trump, we want actual revenge on democrats,” Hunt, who called himself X-Ray Ultra, allegedly posted on his Facebook account “HuntBrendan.” “Meaning, we want you to hold a public execution of pelosi aoc schumer etc. And if you dont do it, the citizenry will. We’re not voting in another rigged election. Start up the firing squads, mow down these commies, and lets take america back!”

Hunt, who works at New York’s Office of Court Administration, was reportedly suspended without pay on the day of his indictment.

“Fuck the lockdown po-lice!” Hunt allegedly wrote. “Yeah booiii run those pigs over! Anyone enforcing this lockdown mask vaccine bullshit deserves nothing less than a bullet in their fucking head! Including cops! If you’re going to shoot someone tho, go after a high value target like pelosi schumer or AOC. They really need to be put down. These commies will see death before they see us surrender! USA!!”

On Jan. 8, two days after the U.S. Capitol siege, Hunt allegedly posted an 88-second video on BitChute—a site popular with far-right extremists and conspiracy theorists—titled “KILL YOUR SENATORS” that included the summary “Slaughter them all.”

Those are among the several antisemitic conspiracy theories linked to Hunt’s social media accounts, including a post about the “Goy Guide to Kabbalah” on Reddit and 9/11 misinformation on YouTube.