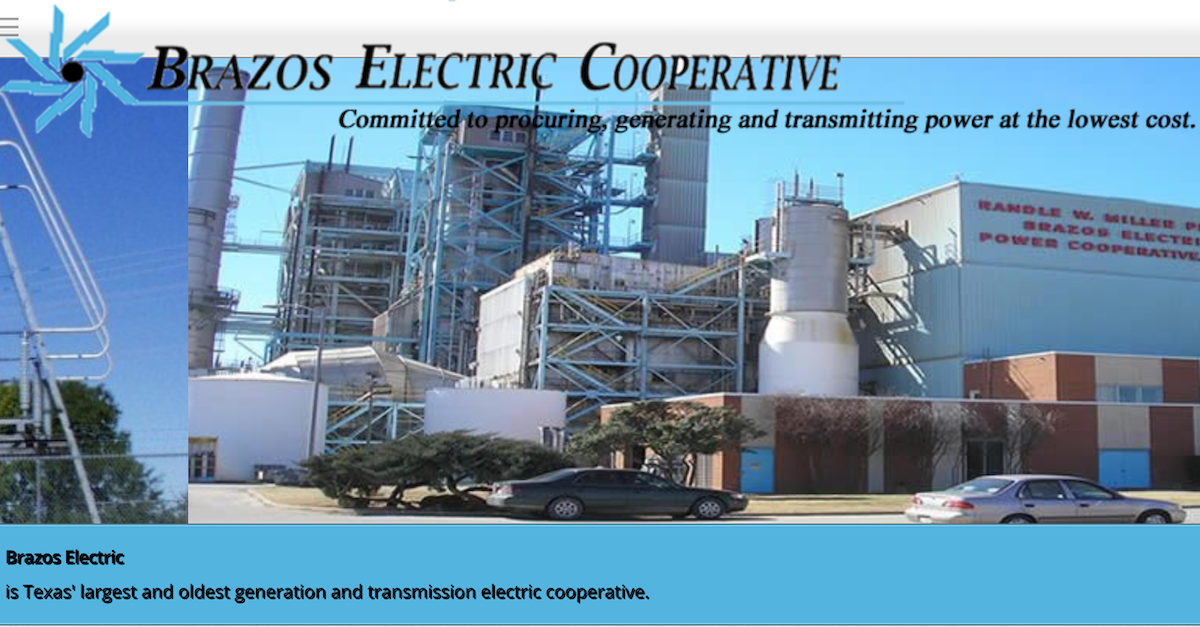 The largest and oldest power cooperative in Texas, the non-profit Brazos Electric Power Cooperative reported a clean bill of financial health for more than 80 years. That was before Winter Storm Uri hit with a black swan event that plunged the Lone Star State into sub-freezing temperatures for days and put a premium on electricity that left many Texans with eye-watering bills.

Brazos Electric’s was more than $2.1 billion, leading the company to file a Chapter 11 bankruptcy petition on Monday.

“As the month of February 2021 began, the notion that a financially stable cooperative such as Brazos Electric would end the month preparing for bankruptcy was unfathomable,” the company’s general manager Clifton Karnei wrote in a 46-page declaration. “Yet that changed as a direct result of the catastrophic failures that accompanied the winter storm that blanketed the state of Texas on or about February 13, 2021 and maintained its grip of historically sub-freezing temperatures for days.”

The creditor at the company’s door was the Electric Reliability Council of Texas, the embattled state regulator better known as ERCOT and facing growing state and local scrutiny in the wake of the historic outages.

“Experts have opined that Texas was 4 minutes and 37 seconds away from a blackout that could have lasted for months,” Karnei noted, citing the Dallas Morning News.

Besieged by criticism about a board of out-of-state residents, ERCOT’s chair and board members resigned in the immediate aftermath of the events. The Texas Legislature kicked off hearings last week into the matter.

“The polar vortex storm not only produced power outages and extreme price spikes, but had numerous other consequences: water-plant failures and depleting reserves of water resulting in boil-water notices for 14 million Texans; dozens of deaths related to hypothermia, carbon monoxide poisoning, car accidents, and fires; and damages to homes and businesses resulting from burst pipes that are estimated to be on par with damages from Category 5 hurricane,” Karnei noted.

Availing the company of bankruptcy protections, Brazos Electric’s leader has disputed the giant bill as “force majeure event” and anticipates a rebound for the company.

“Notwithstanding the catastrophic financial fallout from the Black Swan Winter Event, Brazos Electric and the Board of Directors firmly believe in its business model, its strong management team, its dedicated, hardworking employees, and its strong, faithful cooperative base and fully intend to use the bankruptcy process to preserve its business and maximize value for all stakeholders, including the co-op members and, most importantly, the millions of Texans who, now more than ever, rely on the cooperative to meet its energy needs every day,” his declaration states. 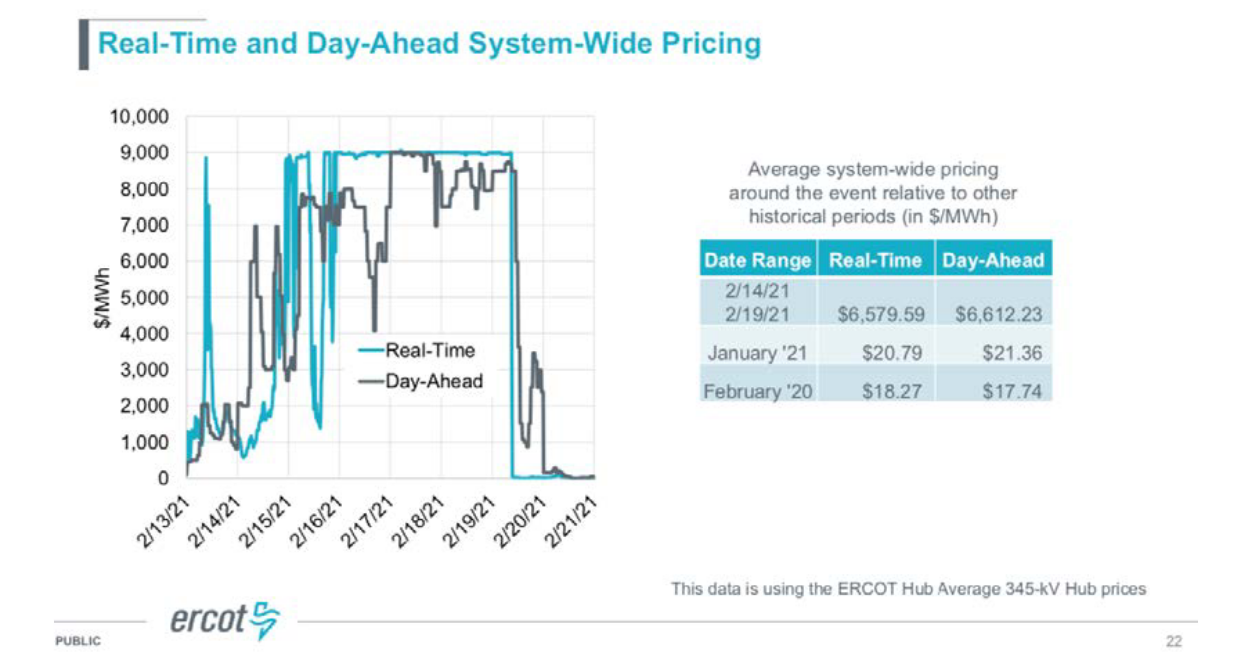 In their graph, ERCOT reported a huge spike in prices in the wake of the polar vortex-related outages.

“We knew back in 2011, after the last hard freeze, the Federal Energy Regulatory Commission put the state and the power generators on notice that the grid was underprepared for hard freeze events,” Menefee said in a statement last week announcing the investigation. “There was nothing unpredictable about this last freeze, and everyone had plenty of notice it was coming. But, the people running the grid were woefully unprepared and failed to take immediate action and warn folks of what could happen. My office will conduct a comprehensive investigation into these events and take legal action where appropriate.”

ERCOT remained tight-lipped about the development.

“We are aware of their filing and will be participating in the court proceedings,” the company said in a statement.

Read the declaration from Brazos Electric’s general manager below: