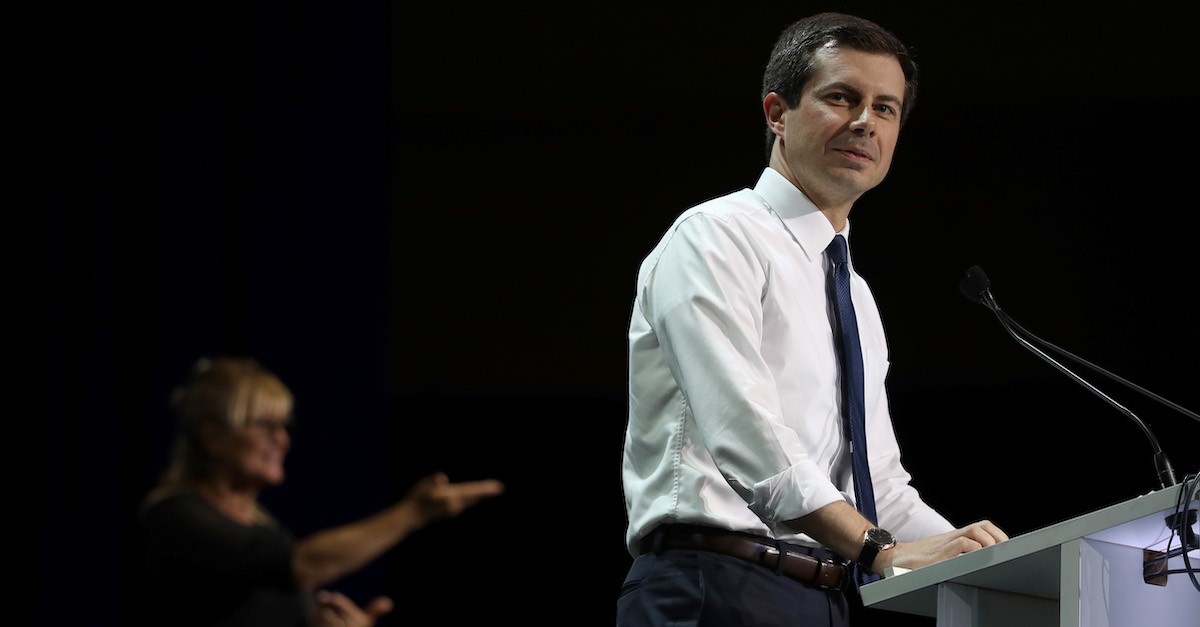 South Bend Mayor Pete Buttigieg, a 2020 Democratic candidate for president, has proposed upping the number of justices on the U.S. Supreme Court to 15. Other Democrats have endorsed so-called “court-packing” plans. But Buttigieg, evidently concerned about “ideological firefight[s],” wants to “depoliticize” SCOTUS by formally politicizing it and leaving it up to the partisans to decide who is not partisan.

The idea here is that five “apolitical” justices would only serve one-year terms that cannot be renewed. Per NBC News:

Under the plan, most justices would continue serving life terms. Five would be affiliated with the Republican Party and five with the Democratic Party. Those 10 would then join together to choose five additional justices from U.S. appeals courts, or possibly the district-level trial courts. They’d have to settle on the nonpolitical justices unanimously — or at least with a “strong supermajority.”

The final five would serve one-year, nonrenewable terms. They’d be chosen two years in advance, to prevent nominations based on anticipated court cases, and if the 10 partisan justices couldn’t agree on the final five, the Supreme Court would be deemed to lack a quorum and couldn’t hear cases that term.

Buttigieg said he’s in favor of “whatever” reform that will “depoliticize this body.”

“The reform of not just expanding the number of members but doing it in a way where some of them are selected on a consensus, nonpartisan basis, it’s a very promising way to do it,” he said. “There may be others. But the point is, we’ve got to get out of where we are now, where any time there is an opening, there is an apocalyptic, ideological firefight. It harms the court, it harms the country and it leads to outcomes like we have right now.”

It should be noted that this isn’t, strictly speaking, Buttigieg’s idea. As the NBC News story noted, two law professors Buttigieg is friends with– Washington University associate law Prof. Daniel Epps and Vanderbilt University law Prof. Ganesh Sitaraman— are writing a paper about the subject.