Owner of Barbecue Business Shot, Killed by Police and National Guard in Kentucky 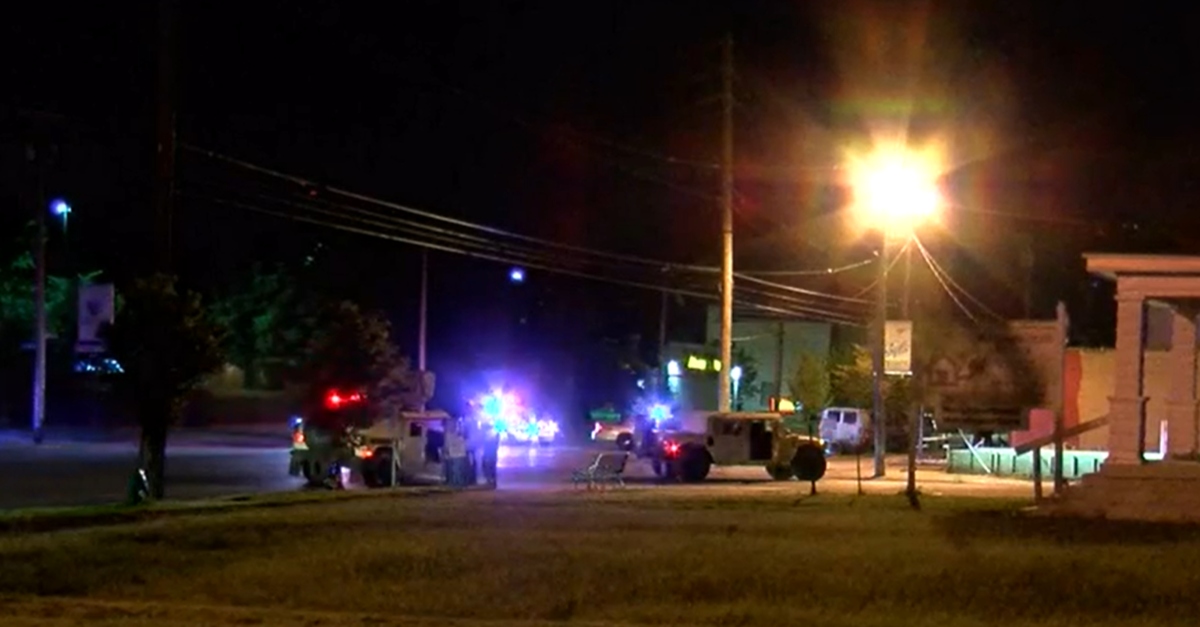 A man in Louisville, Kentucky was shot and killed by police and National Guard early Monday morning. He was identified by his nephew as David McAtee, 53, according to The Courier Journal.

This is David McAtee – also known as “Yaya” & the “BBQ man”. He was shot to death after police say someone shot at them first as they tried to disperse a crowd this morning. Anger continues to swell as his body laid in the street for more than 12 hrs. The story at 5 on @WLKY. pic.twitter.com/RPZ2lt1NWe

Police Chief Steve Conrad said that that the shooting happened early Monday morning at about 12:15 a.m. at Dino’s Food Mart, according to a statement to Law&Crime. Officers and National Guard were trying to break up a large crowd, when shots were fired at law enforcement, Conrad said.

Around 12:15 a.m., LMPD and National Guard units, who have been working to assist LMPD with the protest, were sent to Dino’s Foodmart at 26th and Broadway to clear a large crowd. LMPD had been monitoring large crowds all night, and this was one of the last ones.

As they began work to clear the lot, shots were fired at the officers and Guard. Both LMPD and National Guard members returned fire.

One person was dead at the scene. The coroner has not yet identified the victim.

Conrad said that police will be interviewing persons of interest, and are collecting body cam footage.

McAtee ran a barbecue business in the West End neighborhood. He was well known and engaged in the community.

“Mr. McAtee would help us with Californian Day for at least 15 years if not longer,” Greg Cotton Jr. told the Courier Journal. “He was one of the ones who would donate all his time and all his food, everybody could just come up and take it and he wouldn’t charge because it was for the neighborhood.”

“Right now, I can’t tell you the feeling I have. All I can say — when a mother loses her child, a piece of you goes along with that child.” — Odessa Riley, #DavidMcAtee‘s mother #Louisville #BreonnaTaylor pic.twitter.com/jdtI4mqcZL

David McAtee was shot and killed by LMPD officers and the National Guard this morning. Family and witnesses say law enforcement should have never been there. McAtee was serving food at his bbq spot at the time.

His family is praying in front of #lmpd officers #louisville pic.twitter.com/tQ4r2ViCUp

McAtee’s mother said that he gave law enforcement free meals in the past.

“My son was a good son,” Odessa Riley said. “All he did on that barbecue corner is try to make a dollar for himself and his family. And they come along and they killed my son.”