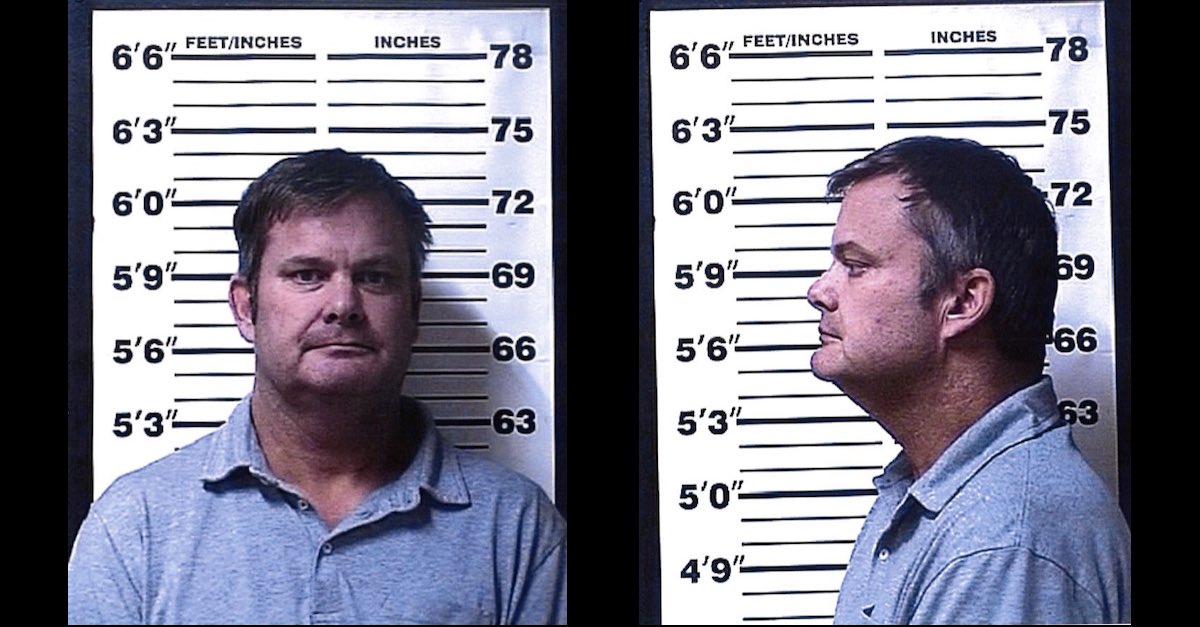 Authorities in Idaho released two mugshots for Chad Daybell, 51, hours after his Tuesday arrest. However, they’re not saying much more.

At a news conference Tuesday night, authorities in Idaho released scant new information about Daybell’s apparently alleged crimes. They did not say officially what charges Daybell faces; they only announced that he was booked into the Fremont County Jail on a felony. East Idaho News reports that Daybell was booked on a charge of “destruction or concealment of evidence,” citing online court records. Law enforcement officials Tuesday night would only state that charging decisions are in the hands of prosecutors.

Daybell’s home had been searched earlier in the day pursuant to a warrant, authorities said. “Unidentified human remains” were found, and an autopsy will be conducted.

Daybell will appear in court Wednesday at 11 a.m. MDT. Cameras are allowed in Idaho courts.

Law&Crime’s earlier coverage of the day’s developments is here.

Daybell’s wife Lori (Vallow) Daybell is in the Madison County, Idaho jail. She has already been arrested and charged with deserting her children and failing to support them.

The children, Joshua “JJ” Vallow and Tylee Ryan—ages 7 and 17 at the time they were last seen–have been missing since Sept. 2019.