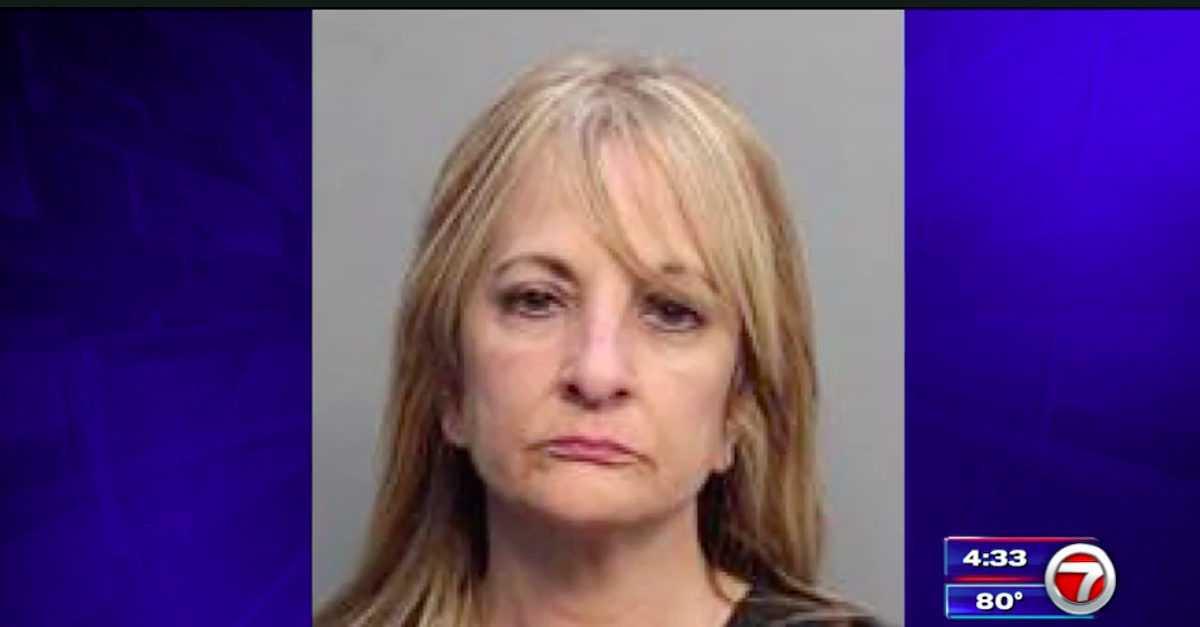 A Florida nursing assistant has been arrested for allegedly scamming an elderly couple of their entire life savings — more than $100,000.

Odalis Lopez, 56, was booked by Miami-Dade Police and currently faces multiple charges, including felony charges of grand theft and elderly financial exploitation. The victims of Lopez’s alleged crimes were identified as Rella Herman, a 93-year old Holocaust survivor whose mother died at Auschwitz, and 91-year old Leonard Herman, according to WSVN-TV.

Leonard and Rella’s grandson, Micha Herman, said he believed the theft had been going on for years.

“My grandmother is a beautiful person and has a beautiful outlook on life. She’s a survivor of the Holocaust. My grandfather worked as long as he could, until he was 89 years old,” Micha Herman said. “It was disgusting. She started [to spend] just exorbitant amounts of money. They have been stripped of everything.”

Prosecutors say Lopez was granted access to the Hermans’ credit cards to buy groceries and pick up prescription drugs for the elderly couple. She allegedly gained their trust over the years and eventually began exploiting it to her own benefit, according to NBC Miami.

Family members only became suspicious of Lopez when they noticed exorbitant purchases on the Hermans’ credit card statement which included parties, alcohol, and gift cards from Publix, Chili’s, and Cheesecake Factory. Per the arrest warrant, the “transactions at Publix were the most significant, totaling $116,322.”

A GoFundMe page started by Micha Herman, which is still accepting donations, also claimed that a significant portion of the money Lopez stole came from Rella Herman’s Holocaust reparation checks.

“The caretaker seized upon Rella’s fresh grief and began making exorbitant fraudulent charges with Rella’s credit cards that she unknowingly paid off, effectively stripping her of retirement funds, much of which came from Holocaust reparation checks from the German government,” Micha Herman wrote.

“This one is really all about greed,” said Miami-Dade State Attorney Katherine Fernandez Rundle. “Selfish indulgence, it seems like, based on the purchases that we’ve seen.”

Lopez posted bond and her next court appearance is currently scheduled for September 3.

[Image via screen grab from WSVN-TV.]