New York Man Who Threatened to Kill Top Democratic Leadership After Jan. 6 Gets 19 Months in Prison 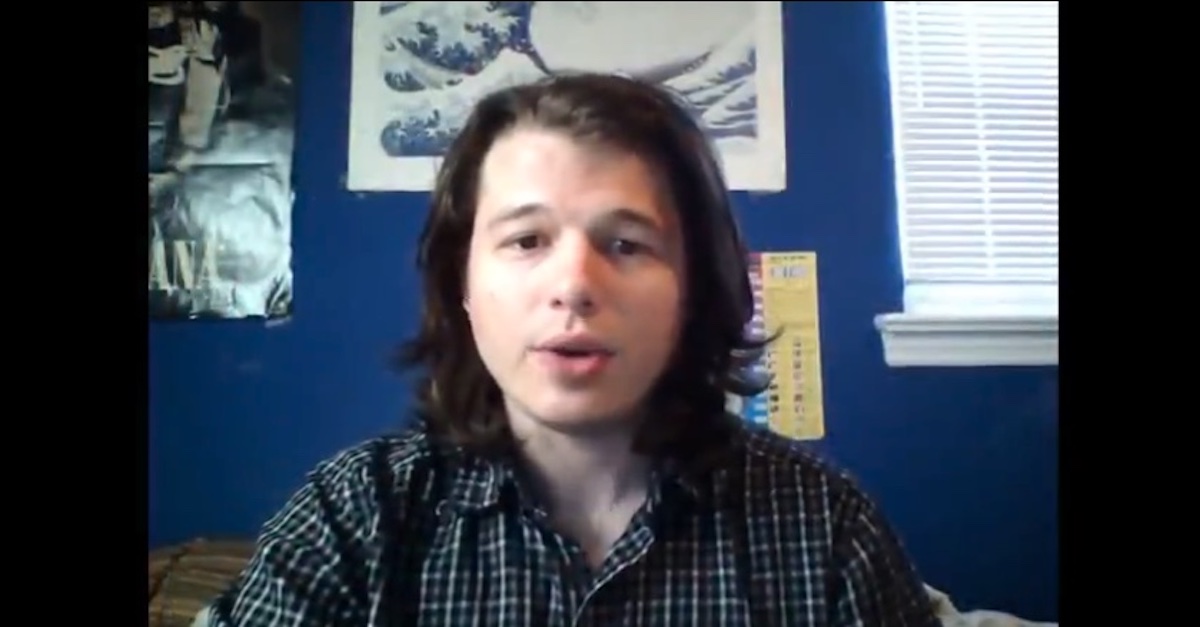 Brendan Hunt, from a 2019 video he posted to BitChute (via screengrab/BitChute)

A Queens, New York man who threatened to kill Democratic members of Congress has been sentenced to 19 months in prison.

U.S. District Judge Pamela Chen issued the sentence to Brendan Hunt, 37, after a four-hour hearing Monday, according to a Washington Post report.

Hunt was not part of the mob of Donald Trump supporters that attacked the U.S. Capitol on Jan. 6.

But in the days after, he posted a video with the title “Kill Your Senators” to his page on BitChute, a video-hosting website popular with far-right conspiracy theorists and white supremacists. He also made social media posts calling for people to bring guns to the inauguration of President Joe Biden, and threatened to publicly execute Democratic leaders in Trump’s name.

A jury convicted Hunt in April for threatening public officials. The jury found that the “Kill Your Senators” video constituted a threat, but his social media posts did not.

According to the Post, Hunt apologized at the hearing for his actions, but also insulted law enforcement, criticizing the Justice Department for drawing attention to his interest in Adolf Hilter.

“The government’s claim that I was motivated to make this video because I’m some kind of neo-Nazi white supremacist is just an ugly, untrue and unfair lie,” Hunt said, according to the Post report. “Associating someone with Nazis is a standard of evil which lazy rhetoric resorts to when it’s groping for negatives.”

Judge Chen said that Hunt seemed to care more about the impact on himself and his family, and not those he threatened, according to the Post.

Chen said Hunt has a tendency to “portray himself as a victim,” with a “very defiant personality” that has revealed itself to jail staff at the Metropolitan Detention Center in Brooklyn, the Post reported.

“Though I think he’s expressing remorse now, it feels very much to me that he feels much worse for himself and his family than he does for anybody else,” the judge said, adding that she was imposing additional jail time both because Hunt’s crime was “serious and for the purposes of general deterrence,” according to the report.

“Mr. Hunt, you are going to have to grow up and reflect on your actions,” she reportedly added.

According to Department of Justice filings, Hunt’s Jan. 8 video included the subtitle “Slaughter them all.” Here’s what Hunt said, according to prosecutors:

On Jan. 9, Hunt posted another video on BitChute, in which he said:

“So start exercising your rights to take these corrupt politicians down. We have the first amendment, that’s still around, remember? And we have the second as well. There are really only a hundred of these weakling Senators. They are mass murdering psychopaths who are intent on our destruction, and they form an illegitimate government. Every single one of them just needs to go. Rise up.”

The jury convicted Hunt only for the Jan. 8 “Kill your senators” video. He was not convicted for what he posted on either Parler or Facebook.

Hunt is the son of a former family court judge. He was working for New York’s Office of Court Administration at the time he made the threats against the Democratic leadership.

Chen’s sentence is considerably less than the government’s request of 51 to 63 months. Hunt’s attorneys had asked Chen to sentence him to the 10 months he has already served.