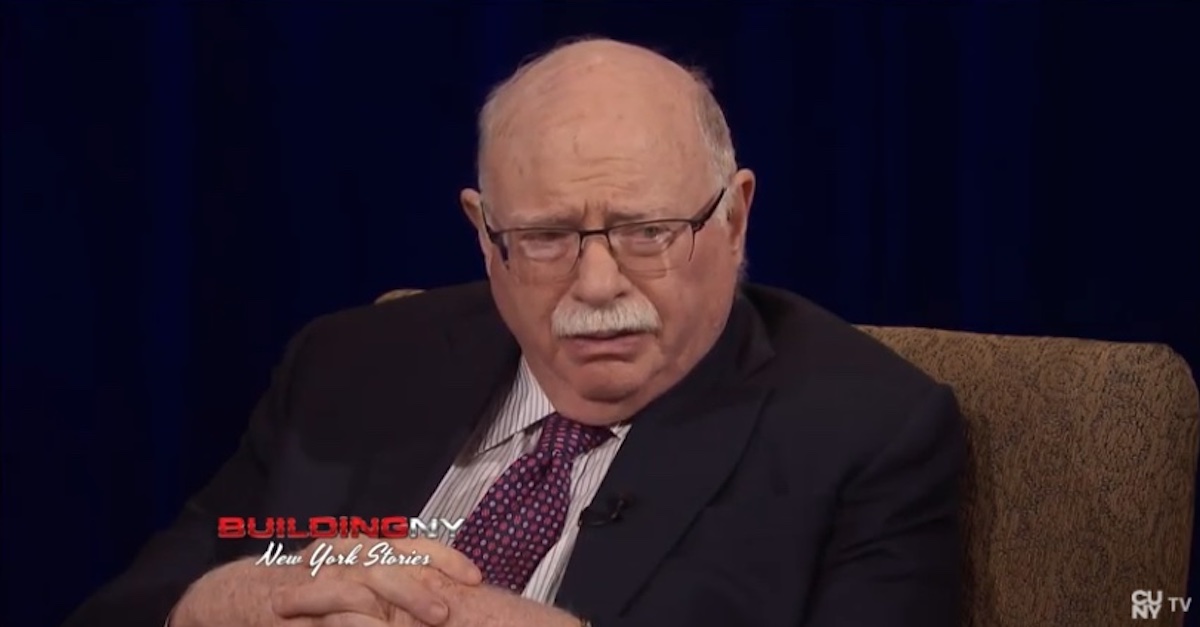 A well-known collector of ancient artifacts has been banned from the practice for life, following a multi-year investigation into his collection practices.

According to Vance, Steinhardt acquired pieces that had been looted and illegally smuggled out of 11 countries, trafficked by 12 criminal smuggling networks, and lacked verifiable provenance. The ban on acquiring antiquities is the first of its kind, according to the DA.

The 180 artifacts will be repatriated to 11 countries, according to the press release.

“For decades, Michael Steinhardt displayed a rapacious appetite for plundered artifacts without concern for the legality of his actions, the legitimacy of the pieces he bought and sold, or the grievous cultural damage he wrought across the globe,” Vance said in the press release. “His pursuit of ‘new’ additions to showcase and sell knew no geographic or moral boundaries, as reflected in the sprawling underworld of antiquities traffickers, crime bosses, money launderers, and tomb raiders he relied upon to expand his collection.” 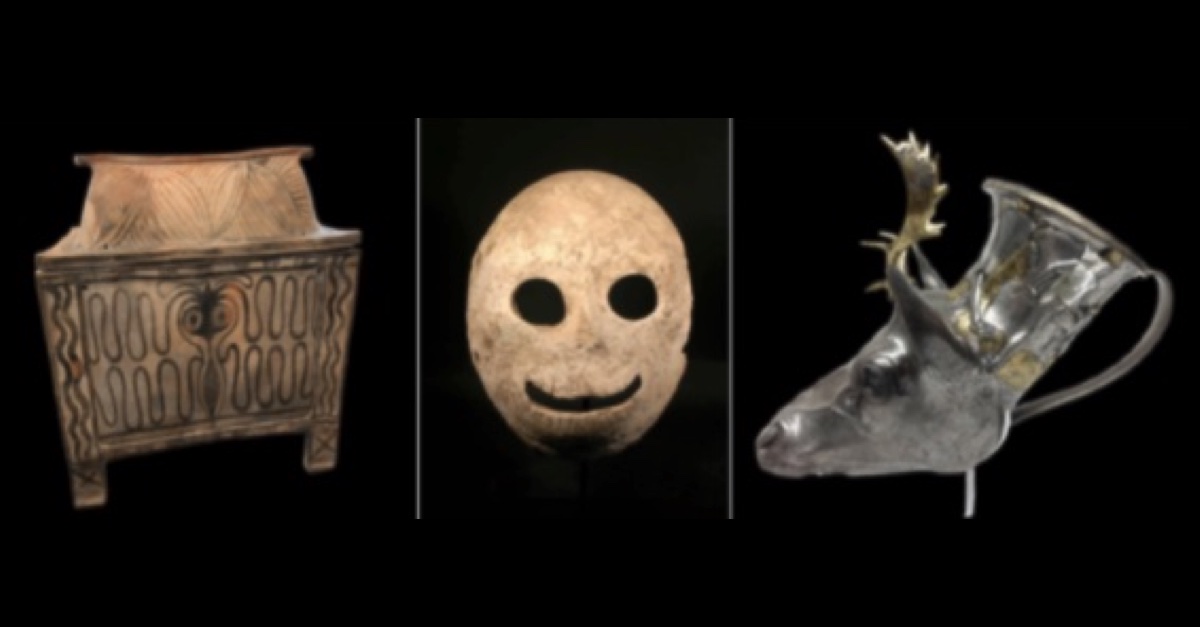 Artifacts surrendered by Michael Steinhardt include (L-R) the Larnax, valued at $1 million; a Death Mask, one of three worth $650,000; and the Stag’s Head Rhyton, valued at $3.5 million (courtesy New York District Attorney’s Office)

According to the DA’s office, the criminal investigation into Steinhardt dates back to February 2017, when the DA was looking into the “Bull’s Head” artifact stolen from Lebanon during the Lebanese civil war.

“[T]he D.A.’s office determined Steinhardt had purchased the multi-million dollar statue then subsequently loaned it to the Metropolitan Museum of Art,” the press release said. The DA seized the 2,300 year-old statue from the Met in 2017, after a curator raised concerns about its provenance to Lebanese officials, who then requested the artifact’s return.

The Bull’s Head investigation, along with an investigation into another Lebanese statute called “Calf Bearer,” led to the formation of the New York DA’s Antiquities Trafficking Unit. It also led to the discovery of what the DA’s office calls Steinhardt’s “acquisition, possession, and sale of more tan 1,000 antiquities since at least 1987.” Here are some of the antiquities surrendered, according to the press release:

The DA’s office ultimately executed 17 search warrants and conducted joint investigations with authorities in 11 countries in connection with its pursuit of Steinhardt.

“Of Steinhardt’s acquisitions, the D.A.’s Office developed compelling evidence that 180 were stolen from their country of origin,” the press release says. “In addition to their universal lack of provenance, the pieces exhibited numerous other evidentiary indicators of looting. Prior to Steinhardt’s purchase, 171 of the 180 seized antiquities first surfaced in the possession of individuals who law-enforcement authorities later determined to be antiquities traffickers—some of whom have been convicted of antiquities trafficking; 101 first appeared dirty (or unrestored) in photographs; and 100 appeared covered in dirt or encrustations prior to Steinhardt’s purchase.”

The DA’s office also said that many of the seized artifacts were trafficked from their countries of origin following civil unrest or looting.

“Steinhardt viewed these precious artifacts as simple commodities – things to collect and own. He failed to respect that these treasures represent the heritage of cultures around the world from which these items were looted, often during times of strife and unrest,” said HSI New York Acting Special Agent in Charge Ricky J. Patel in the press release.

The criminal investigation is not Steinhardt’s only high-profile controversy in recent years. In March 2019, the New York Times reported on sexual harassment allegations against Steinhardt by seven women who worked at nonprofit organizations founded or backed by him.

Steinhardt’s foundations have given at least $127 million to charitable causes since 2003, according to the Times report. He “wields his widest influence” in the world of Jewish philanthropy, the Times reported, but has also given millions to “city institutions” such as New York University, the Brooklyn Botanic Garden, and the Metropolitan Museum of Art.

Steinhardt, who reportedly considered legal action against the Times over the article, said in a statement that he regretted comments he made in professional settings that were meant humorously. He denied touching anyone inappropriately, but apologized for his “inappropriate” comments, the Times reported.

Steinhardt’s Jewish philanthropies include the program known as Birthright Israel, which sends Jewish young adults on free trips to Israel. His Steinhardt Foundation for Jewish Life has focused on expanding Hebrew and Jewish education, and the Steinhardt Museum of Natural History in Tel Aviv is named after him.

“Mr. Steinhardt is pleased that the District Attorney’s years-long investigation has concluded without any charges, and that items wrongfully taken by others will be returned to their native countries,” Steinhardt’s lawyers Andrew J. Levander and Theodore V. Wells Jr. said in a statement. “Many of the dealers from whom Mr. Steinhardt bought these items made specific representations as to the dealers’ lawful title to the items, and to their alleged provenance. To the extent these representations were false, Mr. Steinhardt has reserved his rights to seek recompense from the dealers involved.”

[Editor’s note: This story has been update to include a statement from Steinhardt’s lawyers.]