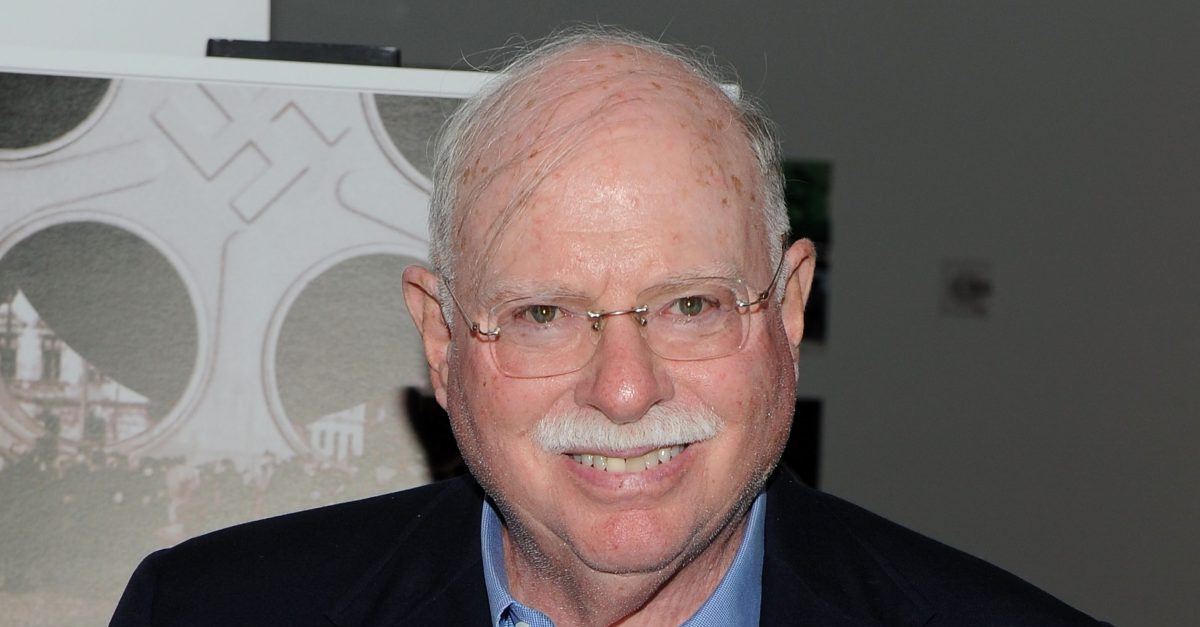 A New York Times article published on Thursday details a number of allegations that noted Jewish philanthropist Michael Steinhardt made unwelcome sexual comments to women. Now, the Steinhardt Foundation for Jewish Life is considering legal action in response, as they believe the article gave “the false impression that Michael propositioned a handful of women.”

The piece in question names several women, including employees of Hillel International and Birthright Israel, who claim that Steinhardt asked them to have sex “or made sexual requests of them.” Six women reportedly recalled their experiences during interviews by the Times and ProPublica. Additionally, Rabbi Rachel Sabath Beit-Halachmi characterized Steinardt’s behavior by saying, “He set a horrifying standard of what women who work in the Jewish community were expected to endure.”

The article echoes much of what was in a September 2018 article in the The New York Jewish Week, which was written by the same author who shares a byline for the Times piece.

The Steinhardt Foundation, meanwhile, acknowledges that Mr. Steinhardt has made jokes that didn’t always go over well (and has apologized for them), but denies that he engaged in any behavior that warranted such a report.

In a statement (which can be read in full here), the Foundation said that the Times article inaccurately portrayed Steinhardt as someone who made unwelcome sexual advances towards women.

“He, of course, did no such thing,” the statement says. “Nor does the article actually claim that he ever tried to have sex with anyone. But the innuendo and purposeful distortions are clearly designed to harm Michael and mislead readers.”

Law&Crime reached out to the Times for comment but they have not responded.

The Foundation goes on to say that while Steinhardt has made tasteless jokes, they were nothing more than crude attempts at humor and not actual propositions.

“Admittedly, Michael’s sense of humor can be insensitive, and he has apologized for the unintended bad feelings his remarks have caused,” the statement continues. “As he said months ago: ‘I am sorry and deeply regret causing any embarrassment, discomfort or pain which was never my intention.'”

Steinhardt’s full response to the Times, which was only partially quoted in their article, said:

In my nearly 80 years on earth I have never tried to touch any woman or man inappropriately. As I have said before, I deeply regret cavalierly making comments in professional settings that were boorish, disrespectful and just plain dumb. They were part of my shtick since before I had a penny to my name, and I unequivocally meant them in jest. I fully understand why they were inappropriate. I am sorry. I never intended to cause any embarrassment, discomfort or pain.

There’s no dispute that my attempts at humor could be provocative. As an example, it’s well known that I would often say at events with young people, “Look around, if any of you who are here now marry each other I will give you a free honeymoon on a Caribbean Island.” And I gave 30 or 40 honeymoons. It was a conspicuous pattern. I hope my inappropriate banter, which was always meant in a lighthearted way, does not now become twisted into being something it is not.

The Foundation also noted that Steinhardt “is an equal-opportunity teaser — teasing men and women alike,” but that the Times glossed over this because it “doesn’t make for a great story.” The Times did note that Steinhardt “could be harsh with men,” but the focus of the article was comments he allegedly made towards women The Foundation also claimed that despite the accounts from half a dozen women about Steinhardt’s behavior, one of the authors had in fact contacted many others who did not back up the story’s narrative.

“We have received many phone calls over the past six months from Jewish professionals who say the lead reporter on the story tried to pressure them to conjure up stories they did not believe ever occurred,” the Foundation said. “They say the reporter became angry when she was told that things did not happen the way she was insisting they did. The reporter ignored that hundreds of Jewish professionals, art dealers, education experts, and conservationists always realized Michael was never being serious.”

A source close to Steinhardt told Law&Crime that one particular part of the Times report was false, and that the newspaper did not fact-check it with the Foundation. This was in reference to a portion of the article that said that someone who once worked for the Foundation left because of Steinhardt’s behavior. In reality, according to the source, this person was “terminated during a screaming match about unrelated issues in front of a group of people.” The source said, “It is pathetic that the times didn’t check on this before publishing this fake version of events.”

It remains to be seen whether the Foundation will indeed take legal action against the newspaper, as they have yet to make a decision on the matter.