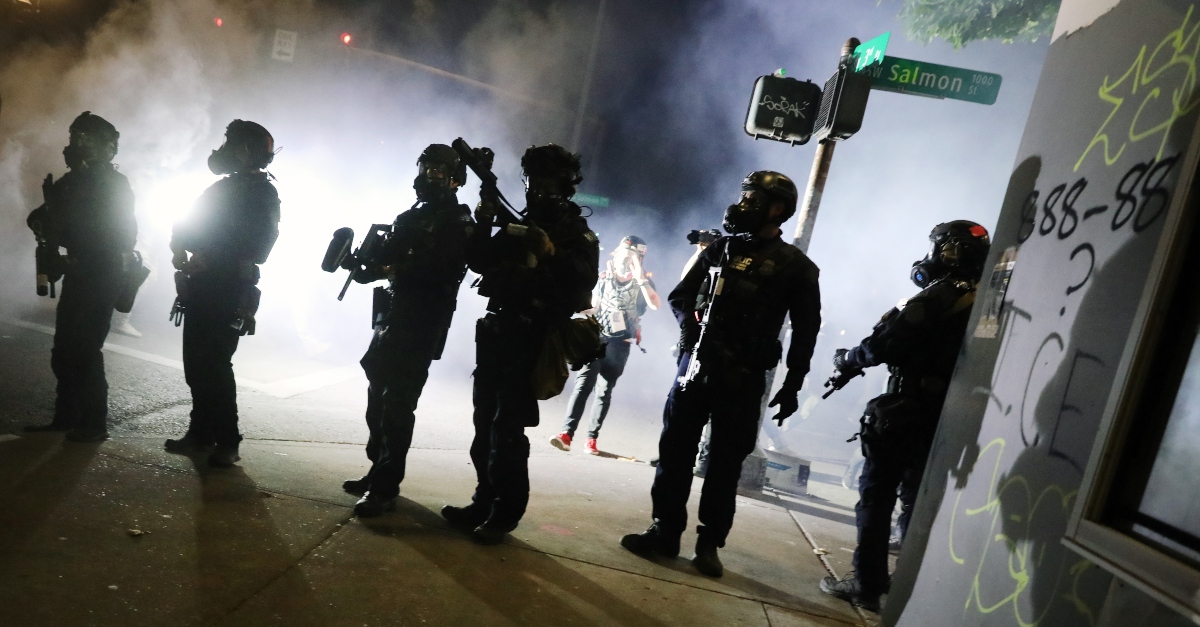 It seems the federal police presence in Portland, Ore. is at the beginning of the end. However, federal and state leaders are giving conflicting accounts of when a drawdown of federal forces in the city might occur.

Gov. Kate Brown, a Democrat, said that the federal government agreed to withdraw federal officers from Portland. She cited the promise to a discussion she had with Vice President Mike Pence “and others.”

“They have acted as an occupying force & brought violence. Starting tomorrow, all Customs and Border Protection & ICE officers will leave downtown Portland,” the governor said.

Our local Oregon State Police officers will be downtown to protect Oregonians' right to free speech and keep the peace. Let's center the Black Lives Matter movement's demands for racial justice and police accountability. It's time for bold action to reform police practices.

Chad Wolf, acting Secretary of the Department of Homeland Security, gave a statement with a different, more vague timeline — which he said was contingent on state police “securing” areas near federal properties.

This removal would end the on-the-ground friction between protesters and officers or agents sent to protect the Mark O. Hatfield U.S. Courthouse and other federal properties.

President Donald Trump had previously insisted on keeping the officers in Portland.

Proponents of federal presence, led by Wolf, argued that authorities were there to establish order among heated, often riotous protests. Critics said the presence of these officers escalated tensions and resulted in the abuse of demonstrators.

“Last weekend, with no notice or local consent, the U.S. Department of Homeland Security sent teams of agents — untrained in crowd control and wearing military fatigues — onto Portland’s streets,” Judge Nap wrote. “Their uniforms bore no governmental, administrative or personal names, just the word ‘Police’ on masking tape. They descended upon the city in unmarked SUVs and began grabbing people indiscriminately off the streets, without regard to the person’s lawful presence or personal behavior.”