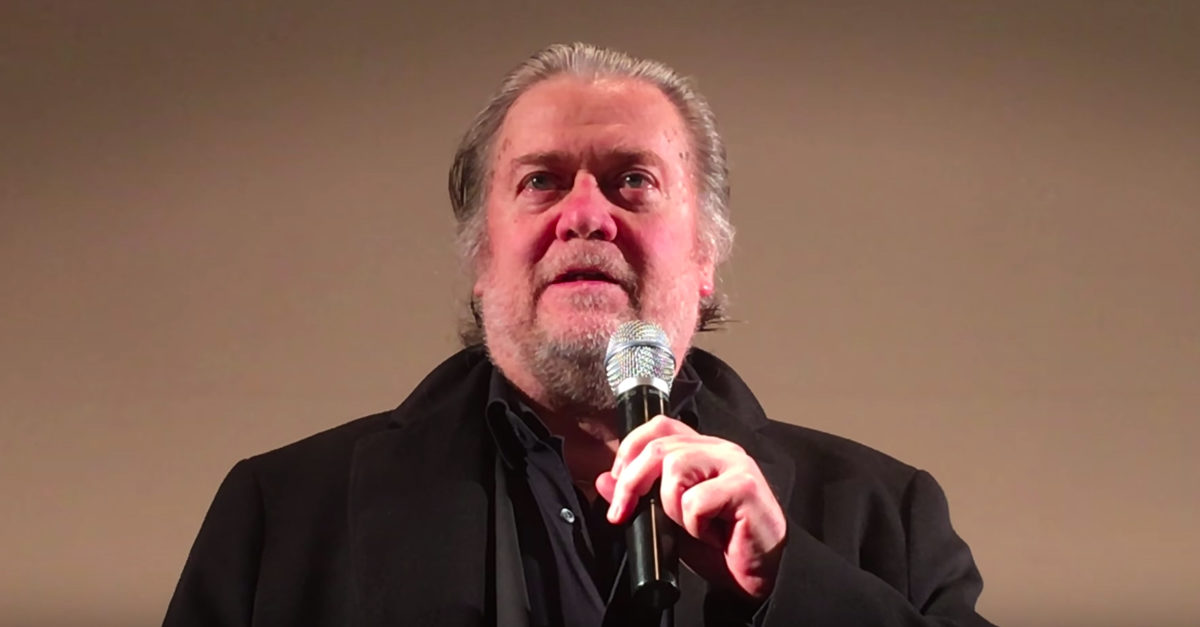 According to the report, multiple investigators in James’s office were “deputized to work as prosecutors” with Vance’s team as they continue to investigate Bannon’s role in the alleged money laundering conspiracy.

“The AG is working hand-in-hand with the DA’s office in leading this investigation,” a person said to be familiar with the investigation told the Post, adding that James had “been looking at Bannon for a while.”

Bannon and three other men were arrested by federal authorities last year for allegedly engaging in a money laundering scheme that diverted private donor money – ostensibly raised to build a private wall along the U.S.-Mexico border – to line the pockets of Bannon and his other We Build the Wall co-founders Brian Kolfage, Andrew Badolato, and Timothy Shea. All four men have denied any wrongdoing.

While the federal case against Bannon’s associates continues to move forward in Southern District of New York, Bannon received a presidential pardon from Trump in the final hours of his term covering the “offenses charged” as well as offenses that could be charged for the underlying conduct under 18 U.S.C. Chapter 95. The move prompted Vance’s office to open an investigation into any possible state crimes Bannon may have committed, as presidential pardons only apply to federal charges.

“Such collaboration between the attorney general and the district attorney is rare,” the report stated. “As state attorney general, James has original jurisdiction over money laundering cases in New York, one person familiar with the collaboration between her office and Vance’s said, while the district attorney can prosecute any criminal offense suspected of occurring in Manhattan. It is possible Bannon could face criminal prosecution and potential civil action, although it is not clear whether such a consideration has been discussed.”

As previously reported by Law&Crime, Vance last month subpoenaed financial records related to Bannon’s role in We Build the Wall. A CNN report said that grand jury subpoenas were sent to Wells Fargo (where We Build the Wall held several accounts) and GoFundMe, the crowdsourcing platform that Bannon and his associates used to solicit and accept donations.