Mueller Reiterates a Sitting President Can’t Be Indicted, Does Not Want to Testify Before Congress 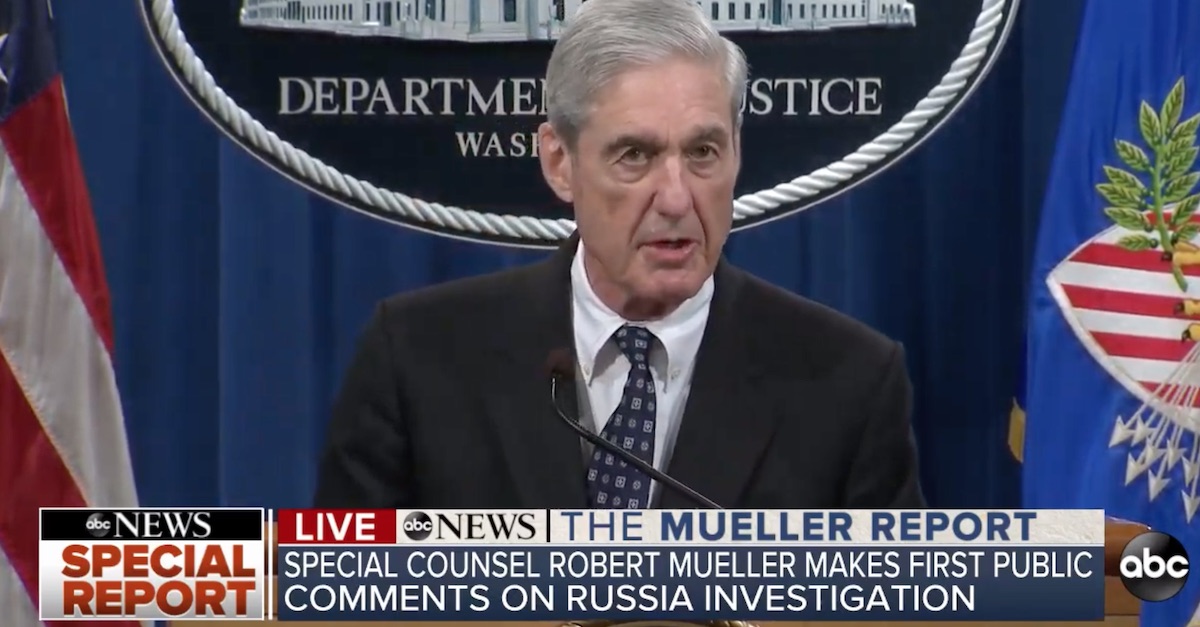 Mueller spent much of his time talking about the obstruction volume of his report. Mueller emphasized that he and his team “would not” make a decision about whether to charge President Donald Trump with the crime of obstruction of justice because of Department of Justice policy against indicting a sitting president.

“If we had confidence that the president did not commit a crime, we would have said so,” Mueller repeated the phrasing of his report. “Charging the President with a crime, therefore, was not an option we could consider.”

This is to say Mueller did not exonerate the president of a crime.

Mueller says he won't testify before Congress. "The work speaks for itself. The report is my testimony."

Mueller said it was his belief that it’s important for his office’s report to speak for itself. Mueller also suggested that impeachment is the constitutional way of accusing a president of wrongdoing.

Some have said that there was a stark difference between Mueller’s tone here and Attorney General William Barr‘s representation of Mueller’s findings.

Over on Fox, @BretBaier calls Mueller's statement "striking" and notes it was "not anywhere clear cut" as AG Bill Bar initially characterized it. "In fact, it was almost the opposite," Baier said.

One Mueller decision that is receiving pushback is his expressed desire not to testify before Congress. Mueller said that his report is his testimony and that he wouldn’t be telling Congress anything new.

I get Mueller’s point that if he were to testify to Congress, he wouldn’t go beyond the report, that’s his testimony, but does HE get that virtually no one has read the report?

1/ I respect Mueller’s desire for fairness and judgment that he should not remark beyond the four corners of his report.

The fallout from Comey’s statements during the election shows the wisdom of Mueller’s approach.

But I disagree with his decision not to testify publicly.

Mueller otherwise announced that he was resigning from the Department of Justice and returning to public life.