Former Head of Refugee Resettlement Will Leave the Trump Administration 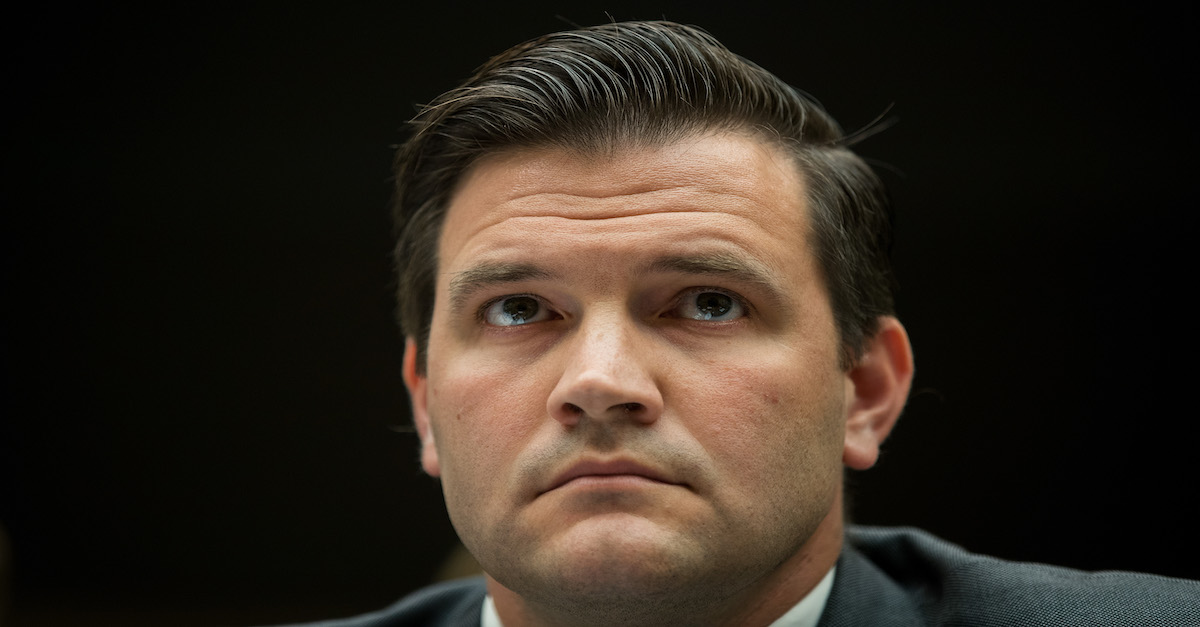 Scott Lloyd, director of the Office of Refugee Resettlement at the U.S. Department of Health and Human Services, testifies during a House Judiciary Committee hearing concerning the oversight of the U.S. refugee admissions program, on Capitol Hill, October 26, 2017 in Washington, DC.

The Department of Health of Human Services (HHS) announced that Scott Lloyd will be leaving the administration. Lloyd used to be the director of the Office of Refugee Resettlement but his leadership was mired in controversy. He oversaw the Trump administration family separation policy at the border.

In a lawsuit brought by the ACLU, U.S. District Judge Dana M. Sabraw wrote that an HHS Office of Inspector General (OIG) report detailed how the Trump administration separated thousands more children from their parents at the U.S.-Mexico border than previously known. “Clearly, the OIG Report is a significant development in this case,” Sabraw noted. “And, importantly, the contents of the Report are undisputed.”

Sabraw summed up that report:

The most significant facts to come out of the Report are (1) that in the summer of 2017, [the Department of Justice] and DHS were separating parents and children at the border pursuant to the Administration’s new policy, and (2) during and after that time, potentially thousands of children who had been separated from a parent were received by [the Office of Refugee Resettlement] and subsequently discharged from ORR custody to designated sponsors…prior to the [court order ending the family separation policy.]

Lloyd also testified in front of the House Judiciary Committee in February that he did not pass along to his superiors warnings that the resettlement program could have a negative impact on the health of the migrant children who were separated from their families.

It was not the only ACLU lawsuit that put pressure on Lloyd for his tenure at HHS. Internal documents showed that Lloyd spent a considerable amount of his time micromanaging the abortion requests of teenage girls that were in the custody of the Office of Refugee Resettlement.

The pressure became enough that Lloyd was transferred out of that office last November and became a senior advisor to the Center for Faith and Opportunity Initiatives at HHS. Dana Singiser, vice president for government relations at Planned Parenthood Federation of America, told Rolling Stone that “Lloyd has permanently tainted the Office of Refugee Resettlement … Papering over his failure by moving him elsewhere in the federal government isn’t good enough. Lloyd is a national disgrace and he has proven himself unfit to serve in the administration in any capacity.”

Lloyd will leave HHS on June 7.