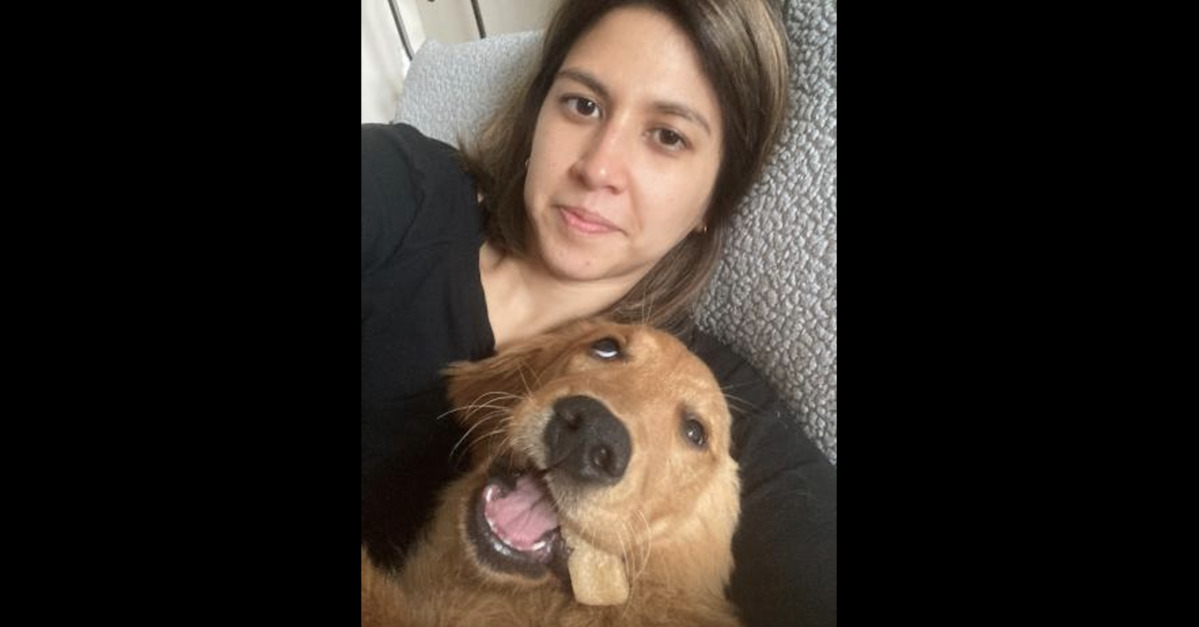 A Brooklyn woman and publishing executive went missing in Vermont over the weekend. Police say her body was recovered from a river on Monday morning. Her death is believed to be accidental.

Erika Greber Seyfried, 36, was last seen alive late Sunday morning when she went out for a walk with her seven-month-old golden retriever. The vice president of digital strategy and consumer engagement at Penguin Random House was renting an Airbnb in Westminster, Vt. with her husband, Elijah Seyfried. When she failed to return home, he reported her missing on Sunday evening at nightfall.

According to the Brattleboro Reformer, the couple both hailed from Ohio and had been married since July 2013. They were staying at a rolling estate owned by local vintage business owner Bob Ross.

“This is a retreat for those who love a peaceful riverfront setting with songbirds in the morning, wildflower fields and swimming below our waterfall just 500 feet from your door,” the Airbnb listing reads, according to the Daily Mail. “Our waterfall on the Saxtons River is only 500 feet from your suite and offers a great place to have your morning coffee on the riverfront deck or swim in the deep water pool below the falls. Take a walk on the 1/2 mile riverfront trail without ever leaving the property.”

According to the Burlington Free Press, dive team members with the Vermont State Police recovered a body from the Saxtons River on Monday afternoon.

That body, the Reformer notes, matched the description of Seyfried and was found in “a deep pool at Gages Falls,” which is “just below the Covered Bridge Road Bridge in Gageville.”

“The pool where rescue workers were focused is just downstream from the concrete bridge on Covered Bridge Road,” the outlet explained. “It is a short distance upstream from the notorious Twin Falls, which is also on the Saxtons River, where more than a dozen people have drowned while swimming over the past decades.”

The woman’s body will be taken to the Vermont Chief Medical Examiner’s office in Burlington for an autopsy to determine the official cause of death and for formal identification purposes. Authorities, however, believe those efforts are largely pro forma at this point.

“My understanding is that the victim of our incident here in Vermont is the publishing industry executive at Random House in New York,” Vermont State Police spokesperson Adam Silverman told the Daily Mail.

Police are treating the woman’s death as “accidental,” according to local NBC affiliate WPTZ.

According to her LinkedIn profile, Seyfriend began working with Penguin Random House 13 years ago.

The golden retriever has yet to be found, according to the Reformer.

“Erika is about 5 feet 2 inches tall, weighs 120 pounds and has shoulder-length black hair and brown eyes,” Vermont State Police said in an initial press bulletin released early Monday morning. “She is believed to have been wearing black flip-flops; no other clothing description is available.”

Law enforcement first said that her disappearance “is not considered suspicious, but there are concerns for her welfare.”