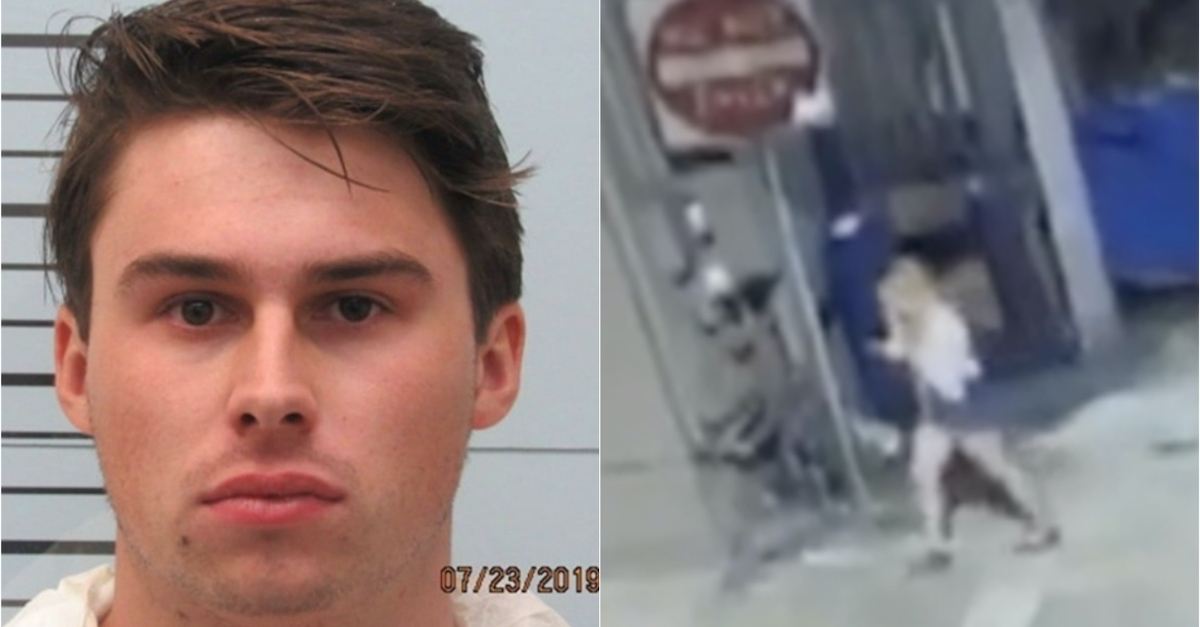 A Mississippi murderer has been sentenced to life imprisonment for shooting his on-and-off girlfriend, 21-year-old University of Mississippi student Ally Kostial, eight times in the stomach, leaving her for dead months after she texted him the results of an inconclusive pregnancy test.

By pleading down from capital to first-degree murder, 24-year-old Brandon Theesfeld dodged a possible death sentence on Friday, his attorney Tony Farese said according to WTVA.

Judge Kelly Luther sentenced him to life in prison, but he will be eligible for conditional release when he turns 65.

As reported by the crime-focused Mississippi news outlet Darkhorse Press, prosecutors said that Kostial texted Theesfeld a picture of an inconclusive pregnancy test in mid-April 2019. Theesfeld spent the next three months freezing her out by rejecting her invitations to meet, or he would cancel plans at the last minute, authorities said.

Meanwhile, Theesfeld searched online about abortion services and pills, and he texted her that he was not ready to become a father. Kostial and Theesfeld no longer saw each other in person and only communicated electronically, said Assistant District Attorney Mickey Mallette.

Brandon Theesfeld thought Ally Kostial was pregnant when he killed her.

“Research history on his computer showed internet searches for silencers and suppressors, hollow point ammunition, tactical facemasks, and how Ted Bundy lured his victims to death.”https://t.co/aHVL59gNqK

Farese reportedly said that evidence showed Kostial was not pregnant. Nonetheless, prosecutors highlighted the possible pregnancy in the timeline leading up the murder. In July 2019, before the shooting death, Theesfeld went back home to Dallas, Texas, in order to speak with his father; while returning home, he put a picture on social media of his 40 caliber Glock model 22, prosecutors said.

“Finally bringing my baby back home,” the post reportedly said.

Prosecutors say that was the murder weapon. Theesfeld contacted Kostial on July 17, telling her he wanted to meet but also asking about the privacy of her home, authorities said. On July 19, he wrote her at 9:06 p.m, asking her to tell him when she left a bar. Surveillance footage showed Kostial leaving a bar at 11:52 p.m. that night. Other security video showed Theesfeld’s vehicle heading toward and then away from Kostial’s home an hour later. He had been drinking and also using cocaine, cops said.

Both Kostial’s and Theesfeld’s phones pinged where a deputy later found her body. The law enforcement officer discovered her that July 20 near empty beverage cans and 11 shell casings, the prosecution said. Authorities revealed that Theesfeld shot her eight times in the stomach.

After authorities called Theesfeld in for questioning, he allegedly waffled. Prosecutors said that Theesfeld initially agreed, before rattling off a series of excuses. Theesfeld allegedly told authorities he had been drinking and felt uncomfortable. Promising the come in the following Monday, Theesfeld fled to Memphis, where officers said they arrested him and found the murder weapon on him.

At the Lafayette County Courthouse awaiting the arrival of Brandon Theesfeld who is expected to plead guilty today and the 2019 shooting death of Ally Kostial, an Ole Miss student who was his off-and-on girlfriend. pic.twitter.com/PLF0M4ZnaA

“I wish I could have kept her away from this evil, callous, scheming, ungrateful, sinister and violent and corrupt monster,” Ally’s mother’s Cindy Kostial said in a statement read by Mallete, according to The Oxford Eagle. “He had every opportunity to do good in the world, but he chose to do evil. Brandon, you belong in jail each day for the rest of your life for the heinous act you committed to such a sweet soul in Ally. Every time your cell door slams shut may it be a reminder for what you did and the life you took from us.”

“I am sincerely sorry for the pain I’ve caused while taking Ally from you,” Theesfeld said in a statement in court. “My actions have forever changed your lives and my family’s lives. I wish I could take it all back but I can’t. There is no excuse for my actions and I have asked God for forgiveness. I hope one day that you will find it in your heart to forgive me.”