Michael Avenatti Just Got Himself a Mistrial. Here’s How It Happened. 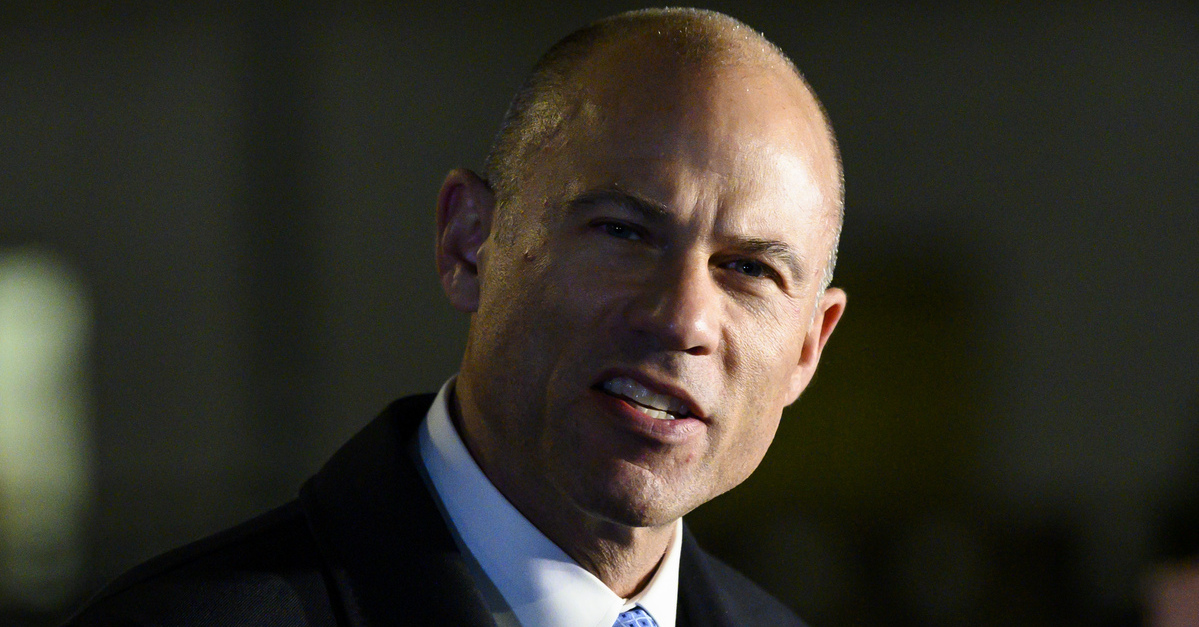 Attorney Michael Avenatti speaks to the press after leaving the federal court house in Manhattan on March 25, 2019 in New York City.

A procedural foul-up on the part of federal prosecutors led to a mistrial Tuesday in the wire fraud prosecution of former Donald Trump foe and former Stormy Daniels lawyer Michael Avenatti. In this case, Avenatti was charged with embezzling nearly $10 million in settlement funds from several of his clients.

Avenatti has already faced a host of legal woes, and most recently, received a two-and-a-half-year prison sentence in a separate case over his attempted extortion of Nike.

The mistrial in the embezzlement case, granted six weeks into the trial at which Avenatti served as his own lead counsel, was based on the prosecution’s failure to turn over certain computerized financial documents.

During trial, Avenatti’s paralegal testified that she used Quickbooks and Tabs (two accounting programs) to track cases expenses. For over a year, Avenatti requested detailed financial information from prosecutors from both program, but did not receive the full set of documents requested.

Avenatti argued in his motion for mistrial that the government’s failure to comply with these discovery demands constituted extreme prejudice:

As demonstrated above, beginning in early 2019, defendant has repeatedly demanded that the government produce all financial records relating to the clients identified in the indictment, including all information relating to the calculation of fees and expenses. These efforts have included filing multiple motions with the Court. Time and time again the government represented to the Court and the defense that all financial information had been produced, including all Brady information. This has now been shown to be demonstrably false, as the government finally admitted on Thursday, after years, that the Tabs data was never produced. The prejudice resulting from this misconduct cannot be overstated.

Avenatti argued that the financial data constituted potentially exculpatory “Brady” material; without it, he was deprived of the chance to create an overall case theory and was unable to effectively cross-examine the prosecution’s financial expert.

Ultimately, U.S. District Judge James Selna agreed with Avenatti. Although the judge concluded that there was no evidence of intentional misconduct on the part of prosecutors, Selna remarked that Avenatti was entitled to challenge the precise amount that prosecutors alleged was misappropriated.

Meghann Cuniff has been providing real-time updates from the courtroom for Law.com.

“It is no answer that the government is not required to prove the exact amount that Mr. Avenatti misappropriated,” Judge Selna reportedly remarked from the bench. “Prosecutors put forth a number,” he explained, “and I believe the defendant was entitled to challenge that number.”

Selna: “Shortcomings there may have been, but I find no misconduct, intentional or otherwise, on the part of the taint team.”
Selna: “For all those reasons, I grant a new trial.” It’s official: Mistrial in Avenatti’s wire fraud trial.

Selna found no willful misconduct by the U.S. Attorney’s Office, but remarked that there may have been “some shortcomings” in the process.

After the judge’s ruling, Avenatti made a statement to reporters, thanking his co-counsel, Dean Steward and Courtney Cummings Cefali. “This has been an incredibly difficult journey for my family, for my children for my friends and lastly, for me. I am extremely thankful to Mr. Steward, Ms. Cummings Cefali and our entire team for standing by me and advocating tirelessly on my behalf,” Avenatti said. “Today is a great day for the rule of law in the United States of America.”

All eyes are now on the prosecution’s  “taint team” — a specialized team of attorneys that reviewed material in the case to assess potentially privileged material. It is this team that was responsible for sorting through and turning over the documents in question to Avenatti.

Legal experts—many of whom, like criminal defense attorney Ken White (a.k.a. “Popehat”) have been famously critical of Avenatti—skewered the U.S. Attorney’s Office for botching his prosecution.

Follow @meghanncuniff for details and because she’s great at her job.https://t.co/ka5EbZpz9D

Former federal prosecutor Renato Mariotti remarked via Twitter that Avenatti’s victory may be short-lived, writing, “While [Avenatti] successfully bought himself some time, the prosecution can now use that time to improve its case for the next trial.”

1/ A significant misstep by the prosecution resulted in a mistrial in Michael Avenatti’s second criminal trial.

While he successfully bought himself some time, the prosecution can now use that time to improve its case for the next trial. https://t.co/VZ56RAjPvB