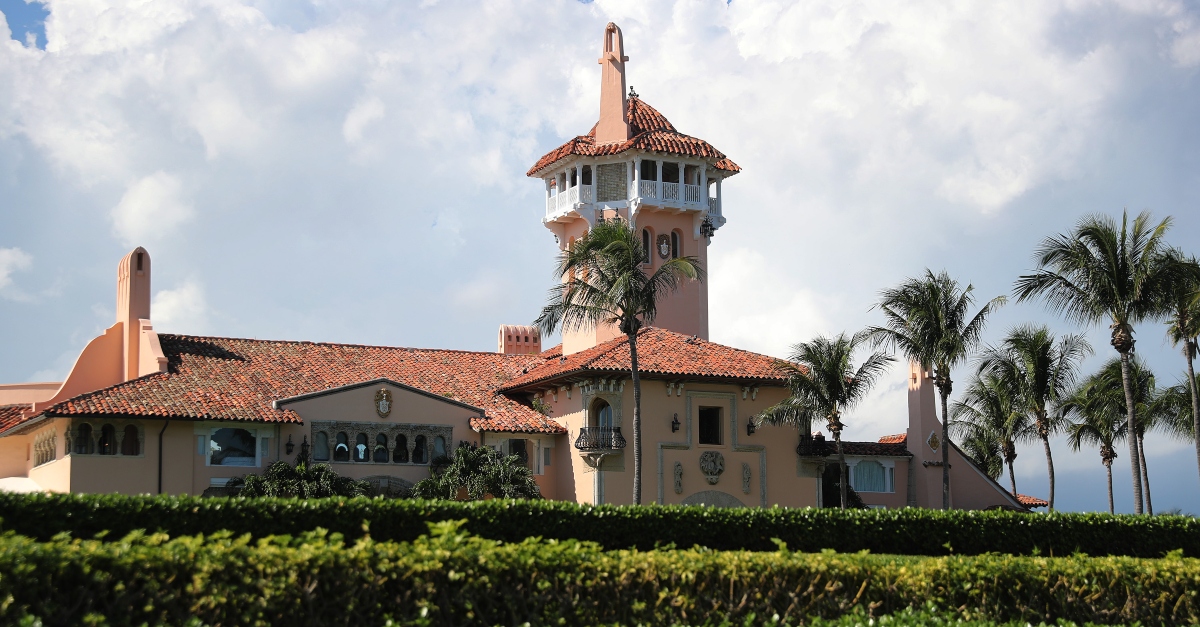 The emergency provision of hand sanitizer by the barrel didn’t quite cut it. Mar-a-Lago, President Donald Trump’s private Florida club and so-called “Winter White House,” has been infected with several cases of the novel Coronavirus (COVID-19).

Now, the resort, golf course and for-some-reason national historic landmark is undergoing what’s being termed a “deep clean,” according to an anonymous member of the tony Palm Beach hideaway cited by CNN.

Bolsonaro, an anti-gay politician who is controversial in Brazil and widely understood to be some variant of fascist, visited Trump’s wealthy retreat over the weekend of March 7; slapping many backs and shaking many hands—including those of Fox News megastar Tucker Carlson.

Conflicting reports and backtracking about Bolsonaro’s Coronavirus status–first he he tested positive, then he didn’t—have led to the Brazilian president take a second test.

This is such a bizarre episode:
Several people who tested positive were in close proximity to Bolsonaro. His close aide who traveled with him to the US is symptomatic. Bolsonaro’s son told Fox News his test was *positive*, then claimed Fox fabricated the conversation.

But despite the international flavor and possible source of the infection at Trump’s favorite personally-owned Florida haunt, the virus has decidedly spread to the high-paying members there.

That’s probably because no one there in a position of authority was taking it seriously. The local Palm Beach Daily News reported:

President Donald Trump is an admitted germaphobe, but even with the coronavirus on everyone’s mind, that hasn’t stopped him from glad-handling people during fundraisers that brought in millions this weekend for his re-election campaign.

As fear of mass infection of coronavirus at large gatherings prompted more cancellations of concerts, classes, sporting events and religious services over the weekend, President Donald Trump glad-handed with over 1,000 donors to his re-election campaign, shaking hands and mingling with guests at at Mar-a-Lago.

“Before President Donald Trump took photos with about 100 VIP donors at his South Florida Mar-a-Lago resort Sunday afternoon, staffers gave them each a squirt of hand sanitizer and a form to list recent international travel,” the D.C.-based outlet noted. “That was the exception.”

[Mar-a-Lago] could take a place in history as an international transfer point for a deadly virus spreading across the globe.

At least three people who visited Mar-a-Lago in the past 10 days have tested positive for the deadly virus, and were spotted in photographs with the president and other club members.

And they really tried their best—by increasing access to hand sanitizer.

“Throughout the property, you will notice that we have increased the number of hand sanitizer dispensers and continue our regimented cleaning processes to create an immaculate environment for you to enjoy,” Mar-a-Lago General Manager Bernd Lembcke wrote in a March 11 email to members. “We want to assure you of our proactive efforts so that the club remains your private escape from the outside world as your ‘home-away-from-home’ — we will continue to operate without disruption.”