‘Dude, at Least Try’: ‘Marshall Law’ Trends After Marco Rubio Tweets About It 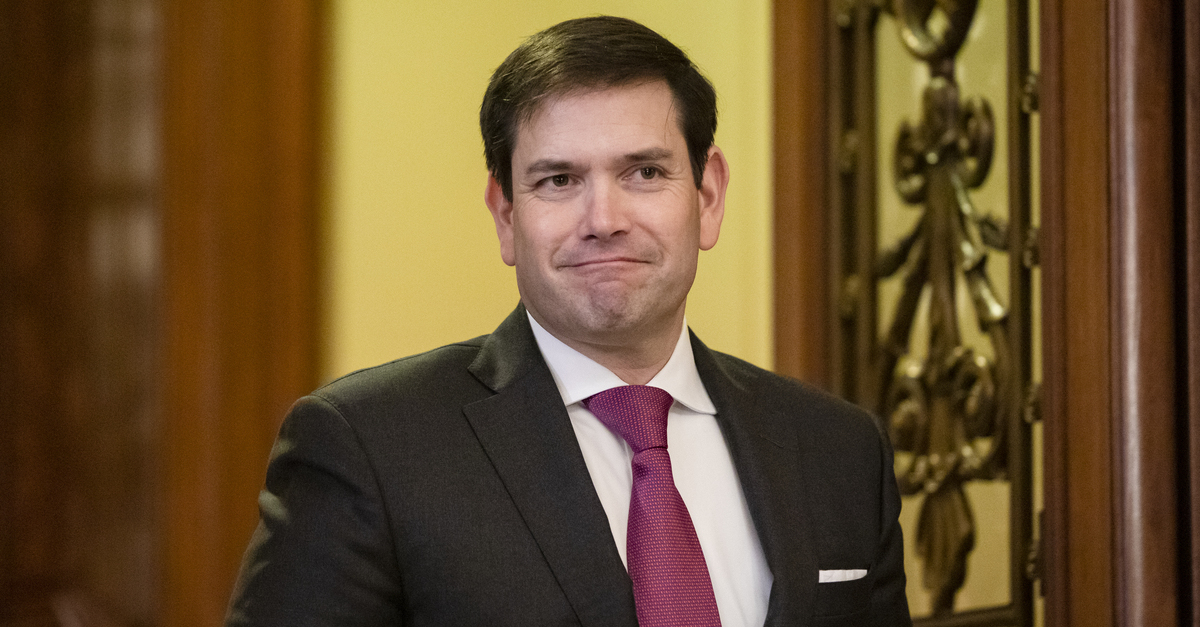 Is it the panic or the pushback? The conspiracy theory or the coincidence? The homophone or the iPhone?

Whatever it is, Sen. Marco Rubio (R-Florida) stepped face-first into the zeitgeist with just a handful of loose change while bidding for steeply-priced caution—trying to calm people down by casually referring to many Americans’ absolute worst fears: Martial law. He didn’t spell it that way, though.

Was it an homage to our 45th president’s proclivity for the oddly-placed typo? Speech-to-text gone awry? Or did Sen. Rubio not know it was “martial” and not “marshall”? Suspend those questions for now.

Rubio also did the thing that’s proven to totally soothe fractured and fractious nerves: He used all caps.

“We will continue to see closings [and] restrictions on hours of non-essential businesses in certain cities [and] states,” Rubio continued—using the phrase again. “But that is NOT marshall law.”

The Twitterverse exploded with mentions of laws both martial and Marshall.

What the fuck is Marshall law?

Marshall Law was Marco Rubio’s best friend in college and he would like you to stop bullying him by spreading rumors. https://t.co/lyTgo6SiOD

But, with the full force of internet-speed evolution, a true meme was born as verbal dexterity and wordplay took the reins.

An economist sensed an opening.

A cartoonist offered a history lesson.

A dictionary helped clear things up.

‘Martial’: an adjective referring to an army or to military life

‘Marshal’: a noun or verb, often used in reference to an officer or the act of leading

‘Marshall’: a variant of ‘marshal,’ usually found in proper nounshttps://t.co/rVoDwiFKFC

A journalist referenced a justice.

I am a huge fan of Marshall Law, personally. https://t.co/3gm4ivkXK4 pic.twitter.com/x2FbNhwpDf

Another journalist referenced a meme.

A podcaster set progress back by referencing a comic book.

There were video game references, too:

Marshall Law? Tekken is one of my favorite games too, but it’s “Martial Law”
This is Marshall: pic.twitter.com/ZkLGKLpu4x

NO ONE HAS DECLARED MARSHALL LAW EXCEPT FOR SUSAN AND KAREN SO EVERYONE NEEDS TO KNOCK IT OFF.