Nothing good could have come of the photo and now it’s gone. Olivia Jade Giannulli, the daughter of Full House actress Lori Loughlin and fashion designer Mossimo Giannulli, noticeably deleted a controversial image from her Instagram account.

The image showed Giannulli with two middle fingers up and included a message for the media: “@dailymail @starmagazine @people @perezhilton @everyothermediaoutlet #close #source #says.” Here’s what the post looks like now: 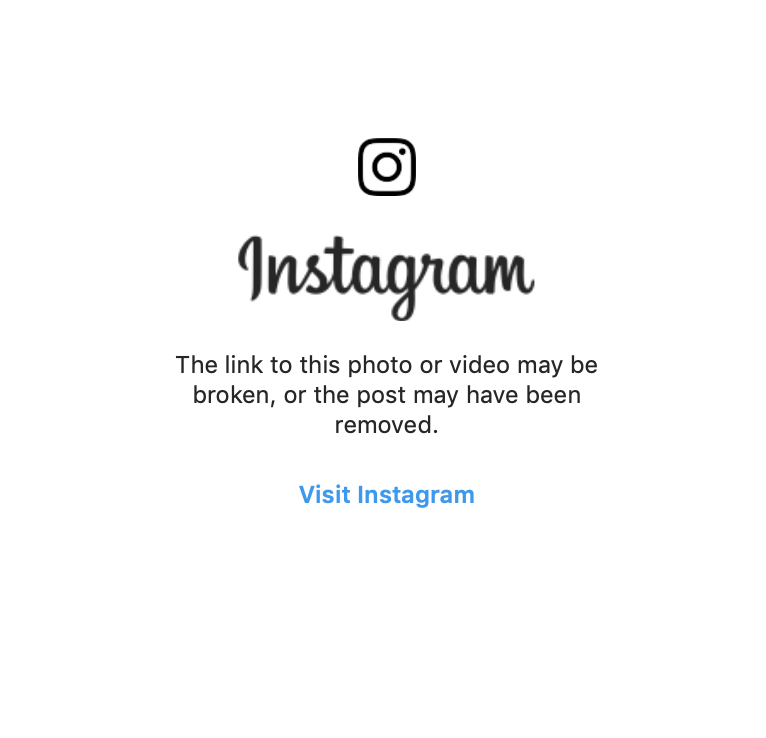 The deletion occurred a couple of weeks after it was reported that lawyers “begged” Giannulli to stay off of social media “because prosecutors are going to question her about it and show everything to the jury.” Giannulli, who was described by Us Weekly as “resentful” in the aftermath of the college admissions scandal, nonetheless decided to flip off the media for citing anonymous sources claiming to have insider knowledge of the family’s thinking.

Hilariously enough, Us Weekly’s source on that was the type of anonymous “insider” Giannulli flipped off.

After Olivia Jade’s middle fingers post went up, many people wondered what on earth she thought such an image would accomplish.

i don’t know who’s in olivia jade and lori loughlin’s pr team, but i don’t think that ignoring what happened and giving people the middle finger is gonna win people on your side… just a thought pic.twitter.com/N1b2LpjaYw

Others wondered what it must be like to be a lawyer with a client who would do this.

The deletion of the photo suggests that posting it in the first place is now understood to have been a bad idea.

As we all certainly know by now, Olivia Jade was more focused on being an influencer than going to school, but her parents are accused of paying out hundreds of thousands of dollars in bribes to get her into USC anyway.

Loughlin and Mossimo Giannulli allegedly created fake rowing profiles to get Isabella Giannulli and Olivia Jade into USC, “agree[ing] to pay bribes totaling $500,000 in exchange for having their two daughters designated as recruits to the [University of Southern California (USC)] crew team–despite the fact that they did not participate in crew.”

For that, they were charged with conspiracy to commit mail fraud and honest services mail fraud. They were also hit with money laundering charges in a superseding indictment. They have pleaded not guilty to the charges, and are expected in court again on Oct. 2.