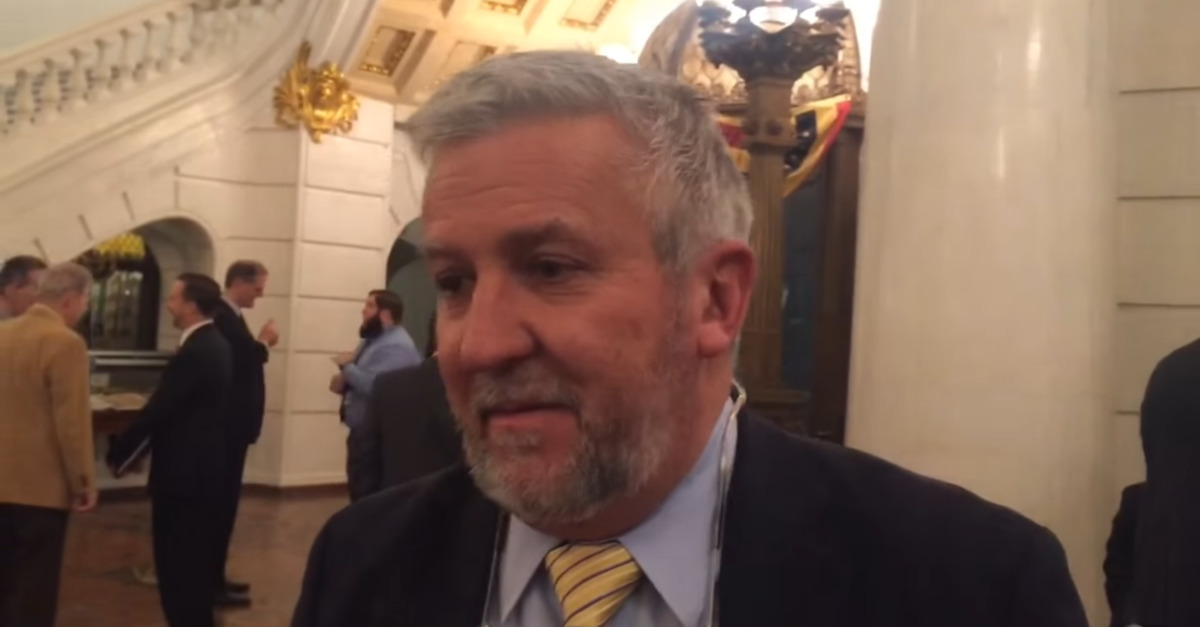 A Republican state senator in Pennsylvania is facing calls to resign after being charged with possession of child pornography.

According to PennLive.com, State Senator Mike Folmer allegedly uploaded an image of child pornography to social media image posting site Tumblr–a curious choice since Tumblr famously banned all pornography earlier this year and now uses an aggressive filtering/monitoring application to make sure images are not in violation of the site’s relatively new PG-13 policies.

Site administrators then contacted law enforcement and an investigation led to a search warrant being executed at the Republican’s home on Tuesday. According to Pennsylvania Attorney General Josh Shapiro, several additional images of child pornography were discovered on Folmer’s cellphone during the search.

Late Tuesday, Folmer was charged with three counts of sexual abuse of children in the form of possession of child pornography, as well as one count of criminal use of a facility.

“This defendant serves as a state Senator and was entrusted to honor and represent his community in the Pennsylvania Capitol,” Shapiro said in a statement. “I will continue to say it—no one is above the law, no matter what position of power they hold. I will continue to work to protect children and hold those who abuse them accountable.”

“We are shocked to learn tonight of the allegations made against Senator Folmer,” Senate President Pro Tempore Joe Scarnati and Senate Majority Leader Jake Corman said via joint statement. “We will fully cooperate with law enforcement regarding this deeply disturbing matter. Given the severity of these charges, Senator Folmer is immediately being removed as Chair of the Senate State Government Committee. Further action in response to these charges will be taken by Senate Leadership in the coming days.”

Pennsylvania’s Democratic Governor Tom Wolf on Wednesday called for Folmer’s resignation. In a statement, he said as follows:

We elect leaders to serve as a voice for those who do not have the ability to advocate for their own needs, demanding that they will protect our children, families, and communities. The charges against Senator Folmer are disgusting and beyond comprehension, and show he has taken advantage of the trust and privilege afforded by the people of Pennsylvania. He should immediately resign.

The state senator has yet to address the charges against him publicly.

Folmer comfortably won re-election to his fourth term in 2018. He was first elected in 2006 by defeating the Pennsylvania State Senate’s then-sitting Republican majority leader. Recently, Folmer was instrument in providing Republican Party support for passing medical marijuana legislation in the Keystone State.

According to charging documents obtained by PennLive, Folmer claimed he was going through “some personal problems” which caused child pornography to be received via his Tumblr account.

Law&Crime reached out to Folmer for comment on this story but no response was forthcoming at the time of publication.