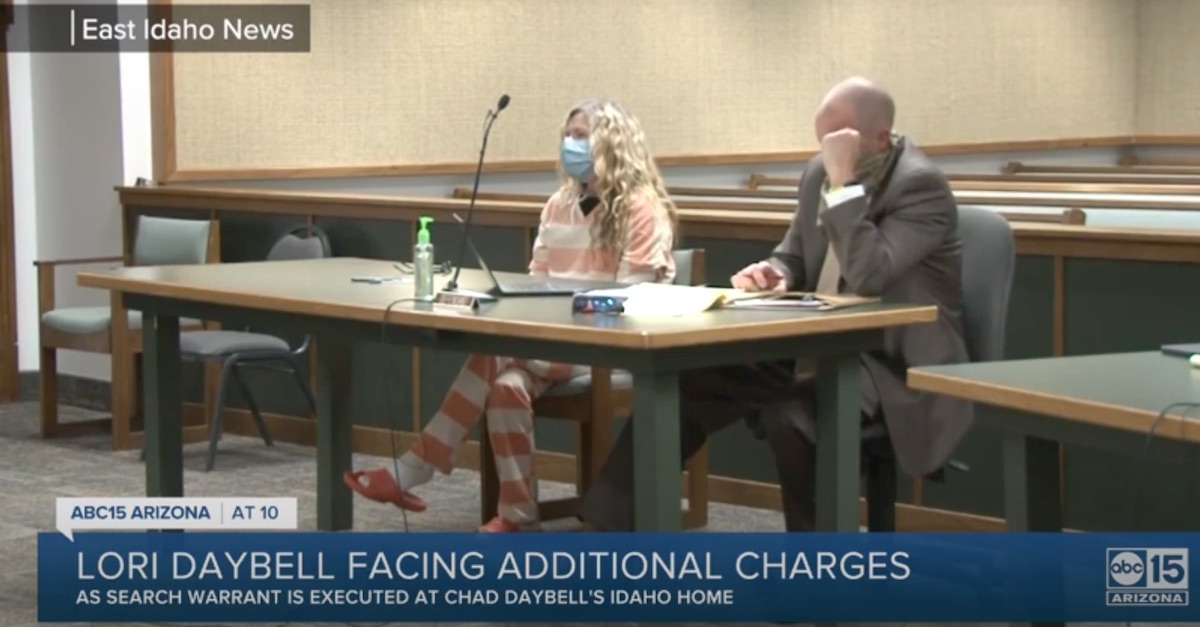 Lori Vallow Daybell, 46, was hit with new charges on Monday in connection with the disappearances and deaths of her children Joshua “JJ” Vallow, 7, and Tylee Ryan, 17.

Daybell was first arrested in February in a felony child desertion case. The children had been missing since Sept. 2019, but their mother didn’t help search for them. Instead, she remarried in Nov. 2019 and left Idaho for Hawaii. Earlier in June 2020, authorities executed a search warrant that ultimately to the discovery of human remains on her husband’s property. Days after the discovery, authorities confirmed that JJ and Tylee were dead.

The news about the new charges against Lori Daybell came on the same day that authorities executed yet another search warrant at her husband’s home. Chad Daybell, 51, was charged weeks ago with two felony counts of destruction, alteration, or concealment of evidence.

BREAKING: New charges filed against Lori Vallow per source. Two counts of conspiracy to conceal, alter or destroy evidence. Remains of her kids JJ and Tylee were found on her husband’s property June 9. #fox10phoenix pic.twitter.com/4CKxzI2jln

Rexburg, Idaho authorities still haven’t filed murder charges against the couple, but Lori Daybell has now also been charged with two felony counts of destruction, alteration or concealment of evidence.

Lori Daybell has asserted her innocence, though an attorney; Chad Daybell pleaded not guilty.

A woman who has been identified as Lori Daybell’s former best friend recently wrote a lengthy letter warning about the “doomsday cult” elements to the Daybells’ story. Even more recently, Melanie Gibb told Dateline about the day she finally realized she had been lied to about JJ Vallow’s whereabouts. A probable cause affidavit went into detail about how authorities allegedly found where the children were buried.

One of the deaths was concealed in a  “particularly egregious” way, authorities said.