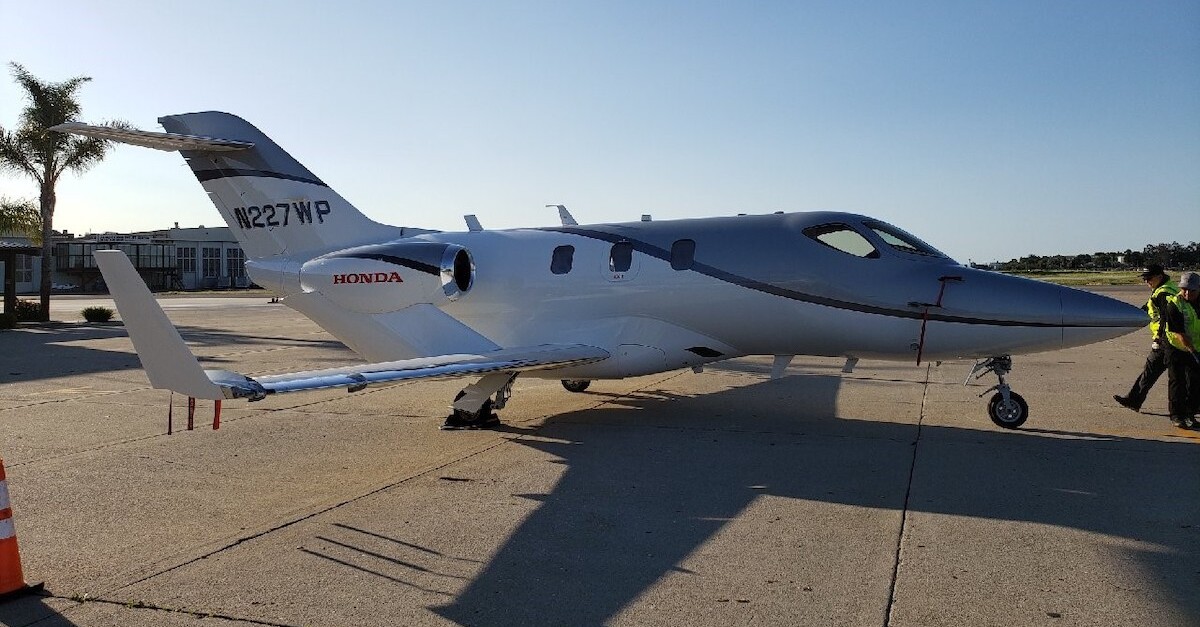 This jet owned by Michael Avenatti and client William Parrish was seized by federal agents after Avenatti’s arrest in 2019. (photo via U.S. Attorney’s Office)

The five-page order from Senior U.S. District Judge James V. Selna in the Central District of California provides 30 days for anyone other than Avenatti to request a hearing “to adjudicate the validity” of their claimed interest in the Honda HA-420 aircraft, originally valued at $4.5 million.

There are at least a few possibilities of that occurring, as Alexis Gardner, the client whose settlement money Avenatti used to buy the jet, already has a claim for it pending in a separate U.S. District Court action.

The jet also was not fully Avenatti’s property: It was half owned by William Parrish, another Avenatti client, who was investing in business with him after Avenatti helped secure a $39 million settlement for him and his friend Timothy Fitzgibbons in a trade secrets lawsuit.

As acknowledged in his guilty pleas before Selna in June, Avenatti admitted to embezzling $2.5 million from Gardner’s settlement and transferring it to another law firm, which, as established in trial last year, was controlled by his former law partner Filippo Marchino.

Marchino then used the money to pay for Avenatti’s share of the jet. In a twist, Marchino is now representing Gardner in a crossclaim that says the jet’s value “is about the same as Gardner’s compensatory damages and Gardner should be awarded a 100% ownership interest in the Subject Aircraft.”

The crossclaim was filed in a federal lawsuit brought by Starr Indemnity & Liability Co., through which Parrish and Avenatti insured the jet, that says it never would have extended them policies if they’d known Avenatti had paid for part of the jet with stolen money.

Marchino could not immediately be reached for comment on Tuesday. He’s fighting his own Avenatti-related case in U.S. Bankruptcy Court, as the trustee for bankrupt Eagan Avenatti LLP is accusing him of conspiring to hide Avenatti’s assets by moving lucrative cases away from the firm.

“We are analyzing the situation now,” Conlan said in an email.