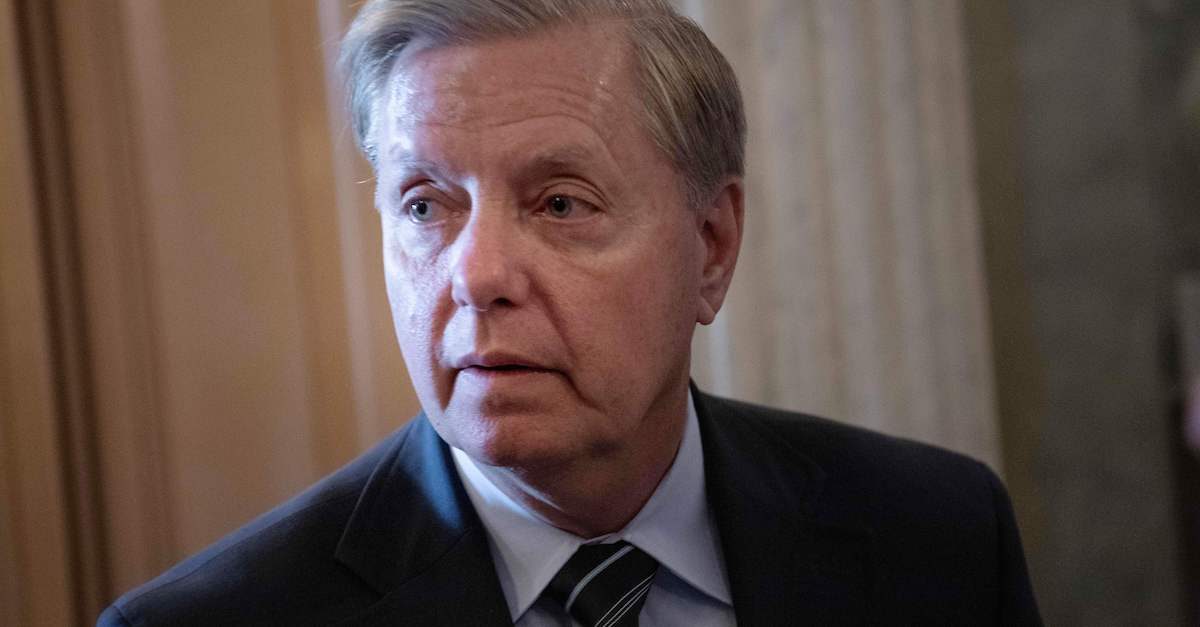 Just prior to playing a scheduled round of golf in South Carolina with the President and pro golfers Gary Player and Annika Sorenstam,  Graham tweeted about the absurdity of impeaching Trump based on what he described as “hearsay.”

“In America you can’t even get a parking ticket based on hearsay testimony. But you can impeach a president?,” a seemingly incredulous Graham tweeted, adding, “I certainly hope not.”

Graham’s tweeted caught the attention of several legal experts, many of whom pointed out deficiencies in the notion that Trump was being impeached based on hearsay in light of facts that have been confirmed since the whistleblower complaint was made public on Thursday.

Former federal prosecutor and CNN legal analyst Renato Mariotti pointed out that the memo detailing Trump’s conversation with Ukrainian president Volodymyr Zelensky and confirming many of the allegations in the whistleblower’s complaint, is not hearsay evidence.

“The transcript of Trump’s call with the Ukrainian President was non-hearsay and would be admissible against him. Any lawyer, like yourself, should know that,” Mariotti tweeted in response to Graham.

This point was reiterated by another former federal prosecutor, Elie Honig, who referred to Graham’s argument as desperate.

“Is the phone call between Trump and Zelensky hearsay? (Hint: NO). Your desperation is showing [Lindsey Graham],” he tweeted.

Ken White, a criminal defense attorney and former federal prosecutor weighed in on Graham’s statement, noting that it directly contradicts with established Senate rules confirmed by the Supreme court.

“Dear Senator Graham: Senate rules call for the use of hearsay in impeachment, in that committees hear the testimony and report back to the full Senate.  It even went to the Supreme Court!,” he wrote along with a link to the Supreme Court case in question, Nixon v. United States.

Joyce White Vance, a former federal prosecutor responded to Graham by highlighting the fact that most investigations into wrongdoing begin with hearsay evidence.

“Lindsey was a prosecutor, so he knows how investigation’s work,” she wrote. “Often you start with hearsay, which helps you identify witnesses, just like what’s in the whistleblower complaint. This is where public corruption investigations often start.”

Georgetown University Law Center professor Mary Lederman also wrote directly to Senator Graham, informing him that his hearsay defense is too late to still be relevant.

“Dear Senator Graham: Perhaps you missed the memos. That was last week’s defense,” he tweeted. “No one now is denying any of the facts in the Complaint.”