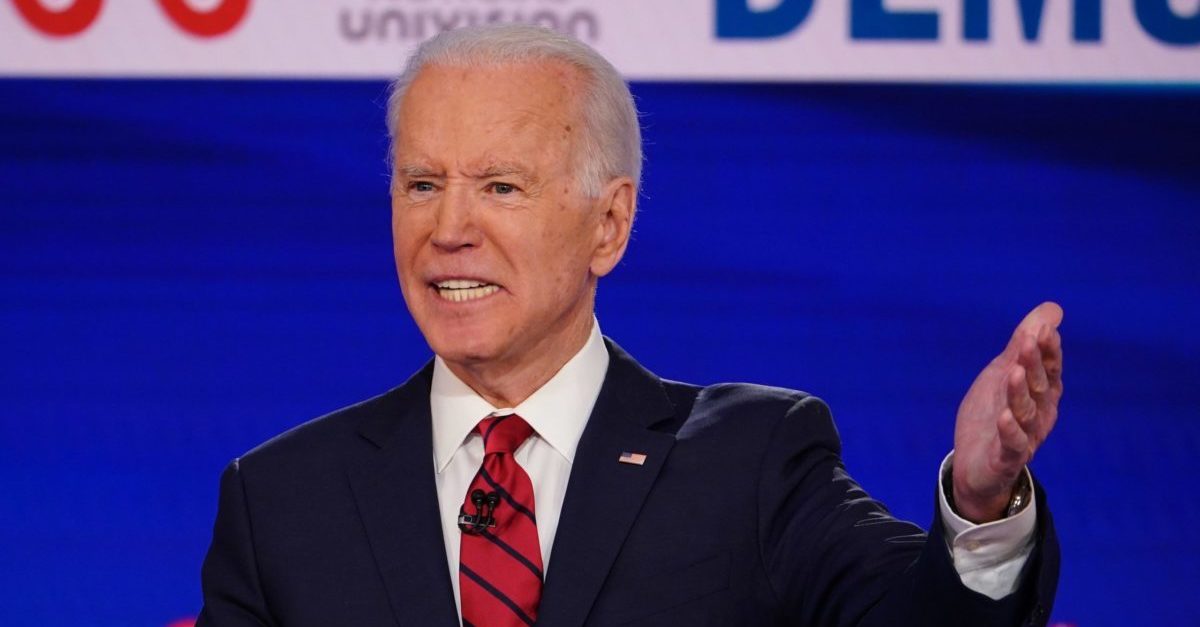 “Yesterday, the Government produced further stunning and exculpatory evidence, previously withheld from General Flynn, showing that Director Comey himself and the highest levels of the Obama Administration had the transcripts of Flynn’s phone calls with officials of other countries and knew General Flynn’s calls were lawful and proper,” Flynn attorneys Jesse R. Binnall and Sidney Powell wrote in the motion intended to supplement his consent to the government’s months-old motion to dismiss the prosecution.

The notes are “believed” to be dated January 4, 2017–after the November 2016 general election and weeks before Trump took office–and Flynn’s attorneys cast the document in a nefarious light.

Many of the words are written in a form of law enforcement chicken scratch that does not readily lend itself to keen inspection.

In the document, Strzok writes that Obama described an unidentified something as “interesting times,” which is, per the filing, allegedly a reference to Flynn’s back-channel communications with then-Russian Federation ambassador Sergey Kislyak–but could simply refer to the general political atmosphere at the time the notes were taken.

Biden apparently mentions the “Logan Act,” which criminalizes negotiations between American citizens and foreign governments at odds with the United States unless authorized to do so. Passed in 1799, the act itself is a statute of arguable constitutional validity and has never actually been successfully used to convict anyone.

“That became an admitted pretext to investigate General Flynn,” the filing argues.

Additionally, Biden allegedly said: “I’ve been on the intel committee for ten years and I never.”

“Make sure you look at things + have the right people on it,” Obama allegedly said.

The Strzok notes were filed on the same day that the D.C. Circuit panel granted, in part, Flynn’s emergency petition for a writ of mandamus—meaning Judge Emmet Sullivan was ordered to dismiss the case.

Republicans and conservative media figures quickly seized upon the documents in order to criticize the former vice president and current favorite in the 2020 race for president.

May 2020: Joe Biden says he knows “nothing” about the Flynn investigation.

June 2020: Peter Strzok’s notes reveal it was BIDEN’s idea to invoke the Logan Act against Flynn.

Pres Obama directly ordering an investigation into Flynn, and then

The hit job on Flynn then proceeds.

Holy crap. The corrupt DoJ did not turn over a document where a senior official told the President that the Flynn/Kislyak call was "legit."

Gee, that might have been a bit exculpatory. And they hid it.@hughhewitt https://t.co/osp1fkSVUK

The biggest political scandal reveal in American history is coming. Watching the media try to avoid it is gonna be glorious. https://t.co/9DXOFaljXo

Read the notes below: