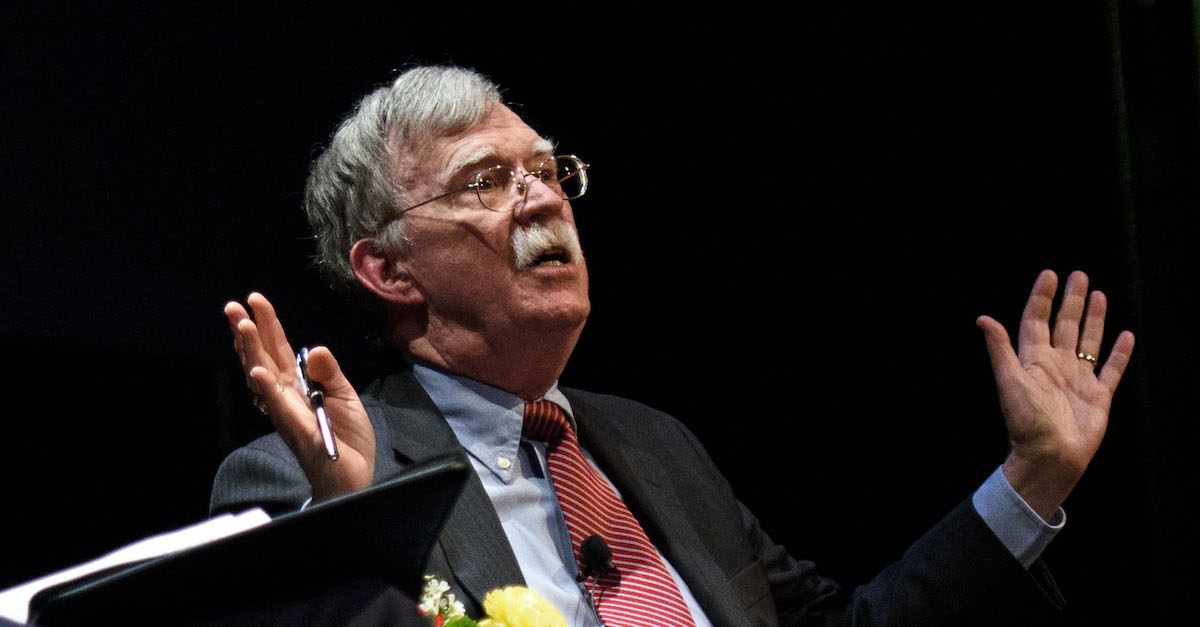 The complaint centers on a series of Freedom of Information Act (FOIA) requests filed in February 2020 on behalf of the popular law-related YouTube channel Legal Eagle, which sought the redacted portions of the book for the purpose of learning “which parts of the manuscript the Government wants to censor.”

According to the lawsuit, the requests were FOIA requests were submitted to the federal agencies tasked with prepublication classification review based on the “significant likelihood” that the administration would improperly seek to “prohibit the publication of unclassified information or improperly retroactively classify information to prevent its disclosure.”

The National Security Council (NSC) Records Access and Information Security Management Directorate (RAISMD) is named as the primary defendant in the action, along with the CIA, National Archives and Records Administration, and Departments of Defense, Justice, and State.

RAISMD, the NSC agency primarily responsible for prepublication review, is led by Senior Director Ellen Knight, who initially told Bolton that his manuscript was ready to be published. However, Bolton never received the official letter formally green-lighting the book — allegedly because the White House stepped in to prevent any further embarrassment to President Donald Trump.

In response to the FOIA request, RAISMD claimed that because it was an Executive branch organization that advises and assists the president, it is not subject to FOIA, but Legal Eagle’s attorney Kel McClanahan included an anticipatory argument in the request.

“In anticipation of your potential argument that your office is not subject to FOIA, we are familiar with the relevant case law on the matter, and we do not dispute that the National Security Council as a whole is not an agency for the purposes of FOIA because it lacks independent decisionmaking authority,” the request stated. “However, the Access Management Directorate does possess independent decisionmaking authority and does not exist solely to advise the President, and as such, your office is an agency for the purposes of FOIA, more like the Office of Management and Budget and the Council on Environmental Quality than like the rest of the National Security Council.”

McClanahan, who heads the pro-transparency organization National Security Counselors, said in an interview with Politico that he hopes the lawsuit would add to ongoing efforts to improve the prepublication review process.

“The entire prepublication review system is built on the idea that the executive branch must be trusted not to abuse it,” he said. “If this case shows that that trust is being betrayed, it is time to fix the system.”

Law&Crime reached out to McClanahan for further comment and elaboration on his argument. He said that it’s necessary that the government’s story about the Bolton book is subject to scrutiny.

“We reasonably expect to obtain records about how the government conducted its review as well as to force it to explain its redactions in more exacting terms than the blanket unsupported claims it made during the prepublication review process. The government must keep its story straight, and it would be patently unfair if it able to tell one judge that Bolton’s book contained ‘significant amounts of classified information’ when a FOIA case would reveal that only a small percentage of the withheld material was in fact properly classified,” he said.

“If the government performs prepublication review in good faith, it would be exceedingly difficult to obtain censored material through FOIA because it would be properly classified.,” he said. “Cases like this only work when the government acts in bad faith, and the public deserves to know when that is happening.”

The national security lawyer believes that this lawsuit will ultimately uncover “evidence of shenanigans.”

“Part of the reason for this lawsuit is that the NSC does prepublication review on an ad hoc basis and claims that it has no rules. Prepublication review in general is so rife with subjectivity that it’s basically an exercise in trust, but an agency that openly cites its lack of rules is something else entirely,” McClanahan said. “The mere fact that Ellen Knight’s final decision was reversed by a political appointee is problematic by itself, but the fact that the appointee in question had not even been trained in classification matters at the time is staggering. We expect that we will find much more evidence of shenanigans the longer this suit progresses.”

Bolton Lawsuit by Law&Crime on Scribd