Judge: John Bolton Endangered the U.S. and ‘Potentially’ Committed Crimes, But He Gets to Publish His Book 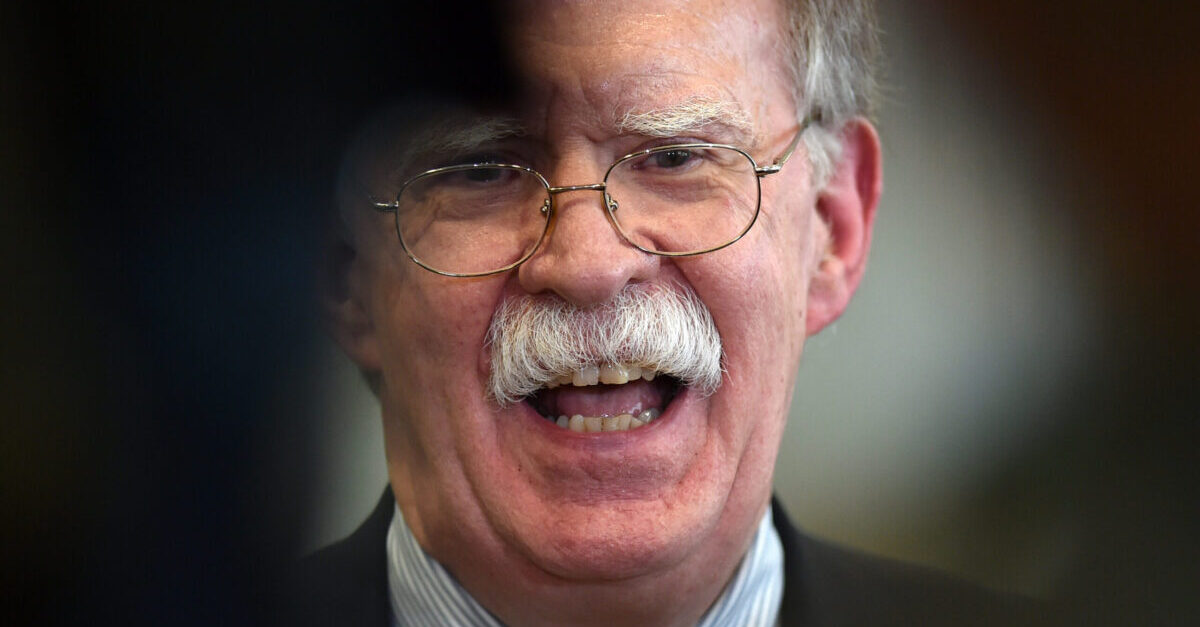 A federal judge in Washington, D.C. harshly rebuked former ambassador and former national security advisor John Bolton while ruling that Bolton’s book will be released without interference from the courts or from the government.  The book, The Room Where It Happened: A White House Memoir, is scheduled to hit the shelves Tuesday from publisher Simon & Schuster.  In a legal long shot, the Trump Administration sued Bolton this week to prevent the book from going public.  Prior restraints upon publication under U.S. constitutional law are almost impossible to secure, and in this case, D.C. District Court Judge Royce C. Lamberth agreed with Bolton that a drastic measure against free speech was not necessary.

Yet Lamberth was not kind in his assessment of Bolton’s conduct.  In a minute order issued Saturday morning, the judge said this in conclusion:

Defendant Bolton has gambled with the national security of the United States. He has exposed his country to harm and himself to civil (and potentially criminal) liability. But these facts do not control the motion before the Court. The government has failed to establish that an injunction will prevent irreparable harm. Its motion is accordingly DENIED.

Though the Saturday ruling was limited to the issue of whether the government and the court could shut down the publication of the book, the judge also said a private review of Bolton’s book did convince him that Bolton would ultimately end up in legal jeopardy.

“[T]he Court is persuaded that Defendant Bolton likely jeopardized national security by disclosing classified information in violation of his nondisclosure agreement obligations,” the judge said.  “Bolton … rushed to write an account of his behind-closed-doors experiences and produced over 500 pages of manuscript for review. Not four months later, Bolton pulled the plug on the process and sent the still-under-review manuscript to the publisher for printing.”

The judge asked whether the government was “likely to succeed on the merits” of future litigation, then answered in the affirmative through this paragraph about where the litigation was likely heading.

Yes. Bolton disputes that his book contains any such classified information and emphasizes his months-long compliance with the prepublication review process. He bristles at the mixed messages sent by prepublication review personnel and questions the motives of intelligence officers. Bolton could have sued the government and sought relief in court. Instead, he opted out of the review process before its conclusion. Unilateral fast-tracking carried the benefit of publicity and sales, and the cost of substantial risk exposure. This was Bolton’s bet:  If he is right and the book does not contain classified information, he keeps the upside mentioned above; but if he is wrong, he stands to lose his profits from the book deal, exposes himself to criminal liability, and imperils national security. Bolton was wrong.

Judge Lamberth’s ten-page order noted that Bolton’s contracts with the government contained harsh penalties for disclosing classified information.  “Violation could result in ‘assign[ing] to the United States Government all royalties, remunerations, and emoluments that have resulted, will result or may result from any disclosure, publication, or revelation,'” the judge wrote, quoting one of Bolton’s contracts.  “Bolton agreed to abide by the restrictions in [the contract] ‘[u]nless and until [he is] released in writing by an authorized representative of the United States Government.'”

That Bolton was apparently not “released” by the government “in writing” is at issue in this case.  Bolton’s attorney, Charles J. Cooper, has argued that Bolton was told by a career official who handles such reviews, Ellen Knight, that Bolton could go ahead and publish his book; the usual, official letter which formally green-lights a book for publication was never sent — allegedly because the Trump White House stepped in to meddle with what has already turned out to be Bolton’s embarrassing (but in some quarters questionable) account.  The Trump DOJ said Deputy Assistant to the President Michael J. Ellis assumed review of the book from Knight and found additional classification issues with the material which Knight did not uncover; however, the DOJ admitted during a Friday hearing that the insertion of someone like Ellis into the matter was unusual.  Publisher Simon & Schuster, in an affidavit filed in court, accused Ellis of being a pure “political operative.”

Cooper, Bolton’s attorney, had argued that the lack of an official release in writing doesn’t matter because such releases only apply to classified material — which he Knight indicated did not appear in the book at this point.  “Knight communicated to Bolton that she no longer considered the manuscript to contain classified material,” the judge even said in Saturday’s order, rendering the violation warnings in Bolton’s contract legally moot.  At least that was Bolton’s argument.  “John Eisenberg, Deputy White House Counsel and Legal Advisor to the NSC, issued a letter to Bolton that claimed the manuscript still contained classified information,” the judge noted.

Accordingly, the judge was deferential to the government’s viewpoint on these matters:

Access to sensitive intelligence is rarely consolidated in individuals, and it comes as no surprise to the Court that the government requested several iterations of review headed by multiple officers. But what is reasonable to the Court was intolerable to Bolton, and he proceeded to publication without so much as an email notifying the government.

Clearly, the judge was stern in warning Bolton of ramifications in future litigation, but the government’s request to shut down publication of the book was constitutionally unsound, the judge ultimately ruled.

On that instant point, the judge saw through the lunacy of the government’s attempt to stop the book in its tracks by seeking to enjoining Bolton and then using Federal Rule of Civil Procedure 65(d)(2) to force Bolton to force his publisher and pretty much everyone else everywhere “in active concert or participation with the parties” from disseminating the book.  Per a Simon & Schuster affidavit cited by the judge, 200,000 copies of the book have been shipped domestically; other copies have shipped worldwide.  “Reviews of and excerpts” are already online, and a “CBS News reporter clutched a copy of the book while questioning the White House press secretary,” the judge said.  To use a frequently parroted euphemism from a hearing leading up to the ruling  “[b]y the looks of it, the horse is not just out of the barn—it is out of the country,” the judge said.  He was further unpersuaded by government attempts to prevent some alleged damage from occurring:

If nothing else, the government argues, an injunction today would at least prevent any further spread of the book, such as limiting its audiobook release. The argument is unavailing. In taking it upon himself to publish his book without securing final approval from national intelligence authorities, Bolton may indeed have caused the country irreparable harm. But in the Internet age, even a handful of copies in circulation could irrevocably destroy confidentiality. A single dedicated individual with a book in hand could publish its contents far and wide from his local coffee shop. With hundreds of thousands of copies around the globe—many in newsrooms—the damage is done. There is no restoring the status quo.

Therefore, on the narrow question of prior restraint, the judge said the book amounted to political speech.  “For reasons that hardly need to be stated, the Court will not order a nationwide seizure and destruction of a political memoir,” he said.

READ the judge’s order below.

Minute Order: Bolton Book Can Hit the Shelves by Law&Crime on Scribd