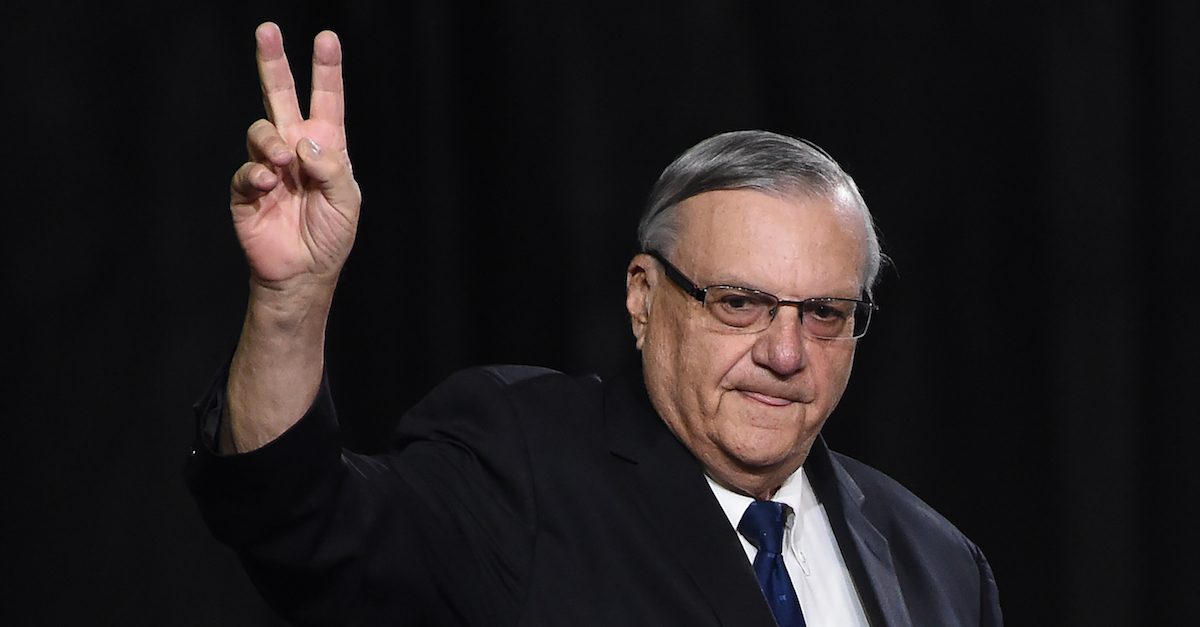 A federal judge in Washington, D.C. tossed former Maricopa County Sheriff Joe Arpaio’s lawsuit against HuffPost and Rolling Stone, in which the presidential pardonee accused the media outlets of defaming him in online articles while covering his 2018 campaign for Arizona’s U.S. Senate seat. It was Arpaio’s second attempt to sue the outlets after his initial lawsuit (Arpaio I) was dismissed as deficient in Nov. 2019 for failing to allege facts illustrating that the defendant organizations acted with actual malice. Arpaio was represented in both actions by  conservative attorney Larry Klayman.

In a nine-page order issued Wednesday, U.S. District Judge Royce Lamberth reasoned that, despite claiming to have remedied the deficiencies in the original complaint, Arpaio and Klayman’s latest attempt (Arpaio II) was essentially the same. Thus, the judge wrote, the complaint still failed to allege any facts illustrating that HuffPost or Rolling Stone acted with actual malice. The claims were additionally barred under the doctrine of res judicata, Lamberth ruled.

Under res judicata, claims that have already been decided by a court are precluded from being brought in a subsequent lawsuit.

The claims stem from a 2018 Rolling Stone article that incorrectly referred to Arpaio as an “ex-felon” when he was in fact convicted of a misdemeanor offense. The error was corrected “within hours” and changed to “presidential pardonee.” The HuffPost article erroneously stated that Arpaio had been “sent to prison for his contempt of court conviction,” and was corrected within two days.

Arpaio II brought defamation and tortious interference (false light) claims against everyone but the CNN defendants.

Both actions were dismissed by the court. The second time around Lamberth made clear that the case was dismissed with prejudice (meaning the complaint cannot be corrected and refiled).

Judge Lamberth called the decision to refile the case “inappropriate,” and let both Klayman and Arpaio know that however they may feel about the decision, the case should not be refiled a third time.

“Plaintiff may feel slighted by the Court’s ruling in Arpaio I, but his filing of an entirely new case was inappropriate,” he wrote. “The Court has limited resources—including time—to dedicate to each case before it, and it would be overwhelmed if disappointed plaintiffs could repackage and refile their cases as soon as they are dismissed. Indeed, our entire judicial system depends on parties following procedural rules and limits to endless litigation. And so, to be clear, nothing in this opinion should be understood to be an invitation to refile this case.”

Judge Lamberth denied HuffPost’s motion for sanctions against Arpaio and Klayman, agreeing that the lawsuit was “frivolous” while reasoning that it was not filed for “an improper purpose.”

“Rather, the filing of this case seems to be the result of a legal miscalculation, which the Court corrects today by dismissing the case,” said Lamberth, a Ronald Reagan appointee.

Arpaio Ruling by Law&Crime on Scribd

[image via ROBYN BECK and AFP and Getty Images]