Justices Gorsuch and Thomas Side with Liberals in Virginia Gerrymandering Case 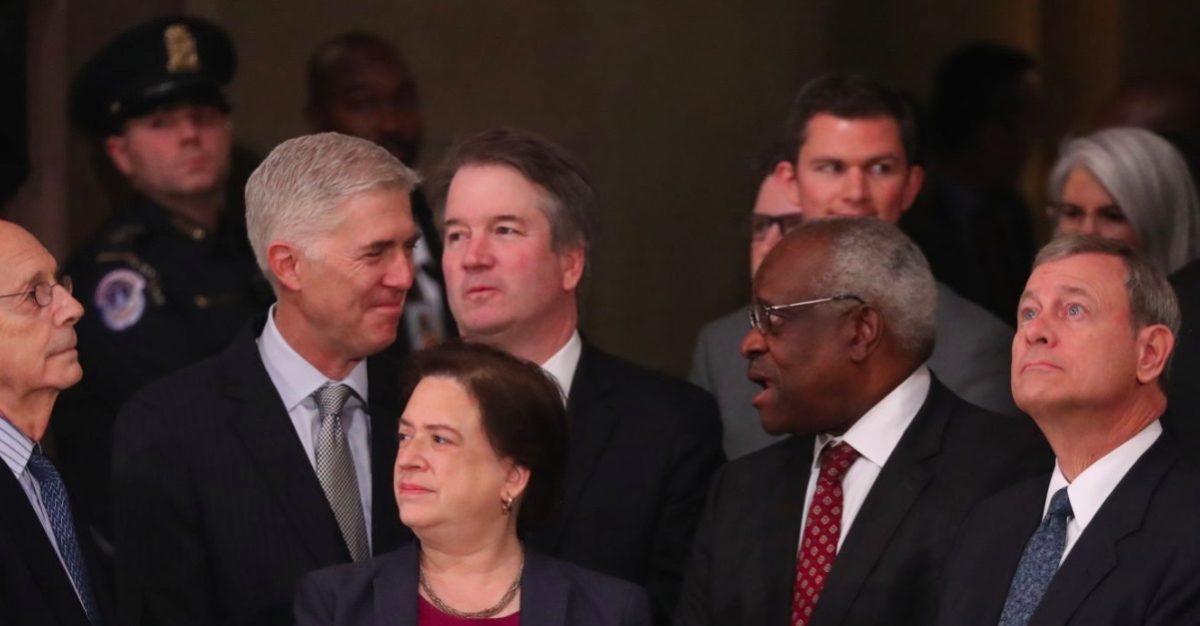 In a decision that split conservative justices, the Supreme Court of the United States (SCOTUS) on Monday held that Virginia’s Republican-led House of Delegates did not have standing to appeal a lower court’s opinion striking down several voting district maps drawn by the House. Justice Ruth Bader Ginsburg wrote the 5-4 opinion in Virginia House of Delegates v. Bethune-Hill,  joined by Justices Neil Gorsuch, Clarence Thomas, Sonia Sotomayor, and Elena Kagan; the justices agreed that Virginia must use newly drawn district maps ahead of the 2020 elections.

One of the more notable aspects of the decision is that three of the court’s liberal justices–Ginsburg, Sotomayor, and Kagan–were joined by two of the court’s conservative stalwarts — Thomas and Gorsuch. The dispute stemmed from the Republican-controlled legislature’s redrawing of the district lines for Virginia Senate and House of Delegates during the previous census period. Following a challenge to the redrawn voting districts, a federal court rendered the map invalid, declaring that it unconstitutionally sorted voters based on race. Therefore, that court ordered a new independently drawn map.

The SCOTUS decision came after Virginia held its primaries last week — using maps drawn to replace the 2011 map previously deemed illegal. The Supreme Court in January declined to stop a lower court from ordering the replacement of the challenged map while justices considered the case.

Virginia’s Attorney General Mark Herring, a Democrat, declined to continue pursuing the case, but the Virginia House of Delegates picked up the fight and appealed the decision to the Supreme Court; SCOTUS ruled Monday that a single house of the legislature didn’t have authority to do so. While the ruling means that the state of Virginia must use voting district maps favored by Democrats, the decision was not based on the constitutionality of the state’s gerrymandered districts; rather, the court found that the House was not legally capable of pursuing a challenge to the lower court’s ruling on its own.

“The House observes that Virginia gives redistricting authority to the ‘General Assembly.’ True enough,” Ginsburg wrote. “One House of its bicameral legislature cannot alone continue the litigation against the will of its partners in the legislative process.”

“If the State had designated the House to represent its interests, and if the House had in fact carried out that mission, we would agree that the House could stand in for the State. Neither precondition, however, is met here,” Ginsburg added.