Now That OJ Simpson Is on Twitter, His Lawyer Seems Hell-Bent on Trolling Kim Goldman 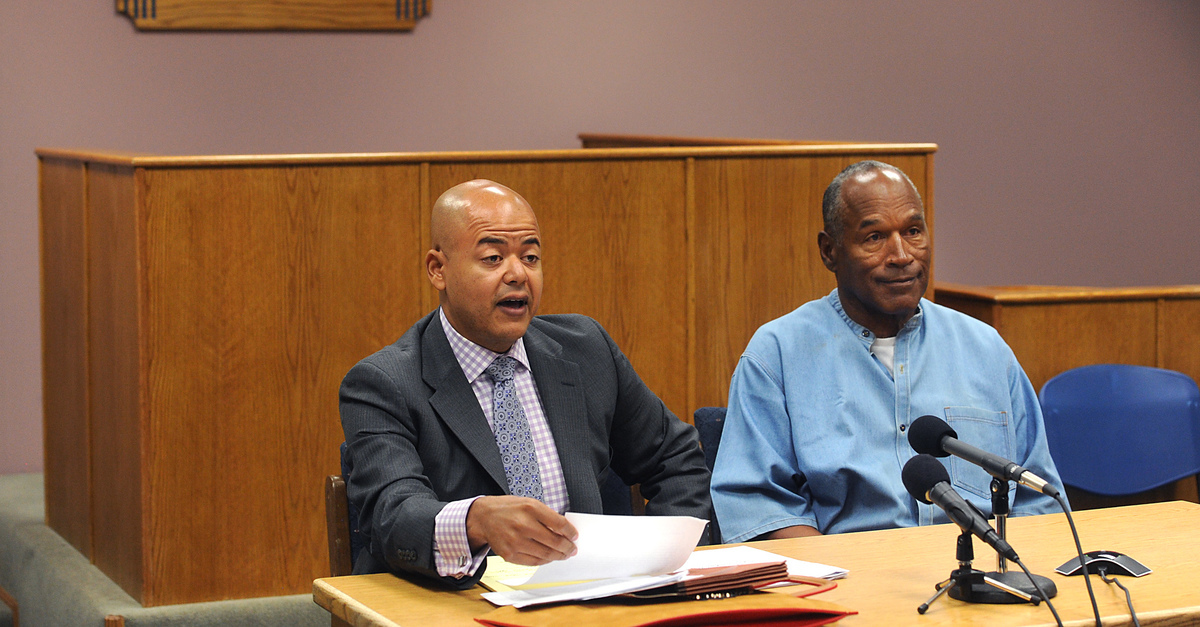 It’s been 22 years since a jury handed down a $33.5 million civil judgment against Simpson for the wrongful deaths of Nicole Brown Simpson and Ronald Goldman. LaVergne has made something of a habit of publicly critizing the Goldman family for their part in the civil lawsuit, calling them the “Greedy Goldmans,” and even likening Fred Goldman (Ronald’s father) to a plantation owner.

LaVergne’s recent tweetstorm comes in the wake of his client’s big arrival onto the social media platform. “This should be a lot of fun,” Simpson said in a video, “I’ve got a little getting even to do.”

As the public reacted predictably, LaVergne was there again, trolling both Kim Goldman (Ronald’s sister), and Law&Crime founder, Dan Abrams:

Hey Goldman mouthpiece @danabrams, OJ passed your followers in 17 hours that you’ve been begging to get (and probably paying) for over 10 years. I haven’t forgotten that cyber bully stunt you pulled on me in Nov. ‘17 for wacky @KimEGoldman. M.

LaVergne continued to rage against Twitter users who called out Simpson for using a publicity stunt for monetary gain:

Mr. Simpson doesn’t need your or anyone else’s money.  Give it to @KimEGoldman of the Greedy Goldmans. As they’ve shown from this week’s publicity tour, they’d love to have it all. M. https://t.co/SKOSDzRR0i

The Juice’s announcement also seems to have kicked off something of a social media storm for Kim Goldman (Ronald’s sister) as well. Journalist Yashar Ali made the following pitch:

I see that the unrepentant murderer just joined Twitter.

Can everyone do me a big favor?

She should have more followers than that monster.

And LaVergne was there for the battle for followers:

Yes, @yashar whatever. You’re welcome on Mr. Simpson’s @therealoj32 behalf. @KimEGoldman now has six times the number of followers this weekend because of Mr. Simpson’s fame and celebrity. Unfortunately, she still trails him by nearly half a million followers!  Peace and love. M. https://t.co/XCR5go54v3

Law&Crime spoke with Kim Goldman on Monday, who was aware of LaVergne’s recent behavior. “It’s obscene,” Goldman said about the attorney’s trolling.