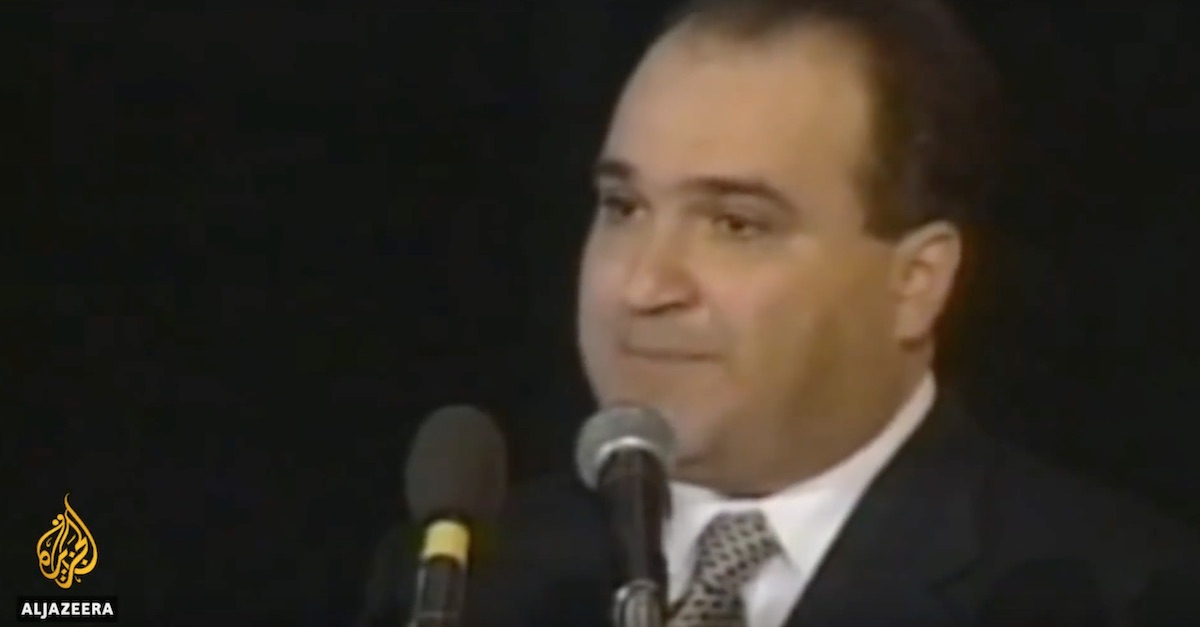 George Nader, a Lebanese-American businessman and former witness in Special Counsel Robert Mueller’s Russia investigation, was previously charged for flying a 14-year-old boy from Europe to the United States for sexual abuse. On Wednesday, a federal judge denied Nader’s motion to dismiss the charge.

Nader was arrested in New York City back in June for allegedly “transporting visual depictions of minors engaged in sexually explicit conduct.” The charges stemmed from evidence the FBI found when agents seized three of Nader’s iPhones on an unrelated matter in January 2018, according to court documents. The FBI allegedly found dozens of pornographic videos of boys on one of Nader’s phones, as well as images depicting bestiality. Nader previously pleaded guilty to one count of transporting child pornography in 1991.

The charge for transporting a minor with intent to engage in criminal sexual activity was added on in July. U.S. District Judge Leonie M. Brinkema explained why that charge would not be dismissed on Wednesday [emphasis ours]:

The sole issue in this motion to dismiss which is statute of limitations governs the timeliness of defendant’s prosecution under Count III. It is undisputed that if Count III is governed by 18 USC § 3283 (1994), which was the statute of limitations in effect when the charged conduct occurred in February 2000, then Count III must be dismissed because the victim reached the age of 25 sometime in 2011 or 2012, approximately eight years before the indictment before the indictment was returned in July 2019. As previously discussed, before the alleged victim reached the age of 25, Congress enacted three statutes that either expanded the statute of limitations set out 18 USC § 3283 (1994) or eliminated the applicability of that statute of limitations altogether for the offense charged in Count III. It is also undisputed that if the timeliness of defendant’s prosecution under Count III is governed by any one of these three statutes, then Count III is not time-barred because, with regard to §§ 3283 (1994) and 3283, the victim is still alive, and with regard to § 3299, the transportation of a minor with intent to engage in criminal sexual activity in violation of 18 USC § 2423(a) is one of the offenses for which there is no statute of limitations.

What an issue of first impression means:

A new legal issue or interpretation that is brought before a court.  In a case of first impression, the exact issue before the court has not been addressed by that court, or within that court’s jurisdiction, thus there is no binding authority on that matter.

Cases of first impression often occur in connection with recently passed legislation, or when that issue has been addressed by other jurisdictions, but not in the jurisdiction of the presented court.

Courts may seek guidance from other jurisdictions, or by making analogies to related or similar issues.

According to prosecutors, Nader’s criminal case turned up as a result of his involvement in the Russia probe. Investigators found him at Dulles International Airport in January 2018 to talk to him about his work on Donald Trump’s presidential campaign; they seized Nader’s electronic devices. They said he allegedly possessed 12 videos showing minors in sex acts.

They have gone on to say that videos depicted children as young as 3, and that some of the footage was sent from his phone to others. He was already fighting the allegation, and has pleaded not guilty to the new charges on Friday.

Nader allegedly later fled the country to the United Arab Emirates, but was arrested after he returned to the United States — he claimed, for medical treatment. Nader was denied bond.

The defendant pleaded guilty in 1991 in a Virginia federal court to transporting sexually explicit materials in foreign commerce. He was sentenced to six months behind bars. Nader was also sentenced to one year in a Czech Republic prison over charges of sexually abusing minors.