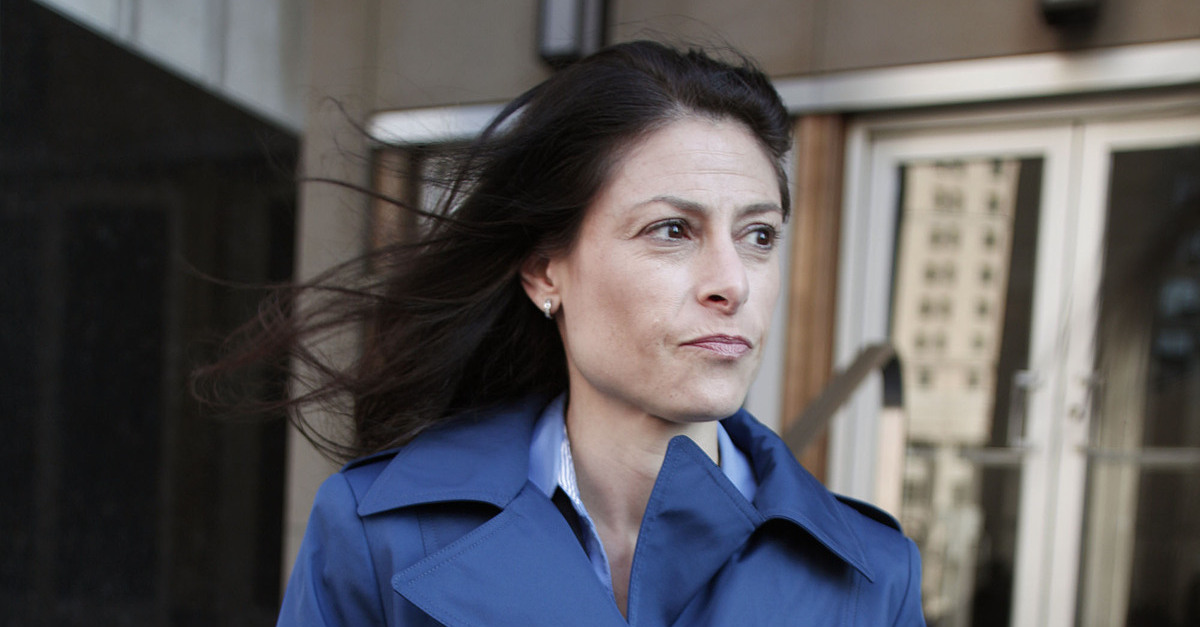 A judge in Michigan on Tuesday tossed felony charges against seven people embroiled in the deadly and ongoing Flint water crisis.

The move comes as a substantial setback to prosecutors after the Michigan Supreme Court earlier this year ruled that a judge in Genesee County could not issue indictments under the controversial, and ultimately rescinded as unlawful, “one man grand jury” rule.

“If the people seek future charges against defendants, they must follow one of the proper charging procedures outlined by the Supreme Court,” Genesee County Circuit Judge Elizabeth Kelly wrote while tossing the instant charges against the seven relevant defendants.

Kelly also, on the other hand, rejected a bid by some of the defendants to bar any future charges against them over the water crisis.

“It is undisputed that the scope of this court’s duty on remand is ‘to comply strictly with the mandate of the appellate court according to its true intent and meaning,'” Kelly wrote. “In other words, this court is bound by the Michigan Supreme Court’s decision as a matter of law.”

After the Wolverine State’s highest court rejected the authority of the county judge’s issued indictments, Attorney General Dana Nessel‘s office sent the cases to a district court in Flint in an effort to have them transformed into criminal complaints in order to salvage them.

That procedural gambit was rejected.

“Anything arising out of the invalid indictments are irreconcilably tainted from inception,” Kelly wrote, rejecting the AG’s eleventh hour Hail Mary play. “Simply put, there are no valid charges.”

Felony charges are usually filed in a district court after an investigation. The one-judge grand jury process had mostly been used, albeit only occasionally, in Detroit and Flint as a witness protection measure in violent crimes and had never been challenged at the Supreme Court level prior to this case, according to the Associated Press.

Chief Justice Bridget McCormack called the use of the one-judge system in the Flint water crisis a “Star Chamber comeback.”

“A Genesee County judge served as the one-man ‘grand’ jury and considered the evidence not in a public courtroom but in secret,” the late June opinion noted. “To this day, the defendants do not know what evidence the prosecution presented to convince the grand jury (i.e., juror) to charge them.”

Nessel’s office has suffered numerous setbacks – some of which were self-imposed – in dealing with the years-long efforts to obtain state-sanctioned justice for Flint residents, at least 90 of whom were “officially” poisoned and at least 12 of whom died after a 2014 cost-cutting decision to switch Flint’s water source from sources in Detroit to the Flint River, according to PBS, though the actual death toll is presumed to be higher. It was later determined that lead had leached into the pipes, exposing the residents of the majority Black city to elevated and unhealthy levels of bacteria and lead.

In January of this year, Jordan Chariton and Charlie LeDuff reported in The Guardian that Nessel, in 2019, dropped a long-running investigation started by her predecessor, Bill Schuette.

That former team was reportedly building a racketeering case against state officials, but the team was disbanded after Nessel, a Democrat, replaced Schuette, a Republican, as attorney general in 2018.

“Nessel let it go,” Eric Mays, chairman of the Flint City Council, said at the time. “Was it a lack of political or legal will? I cannot say. But it bothers me to this day her team hasn’t addressed it.”

“Her decisions mean that some of the most important questions relating to the crisis – the political and economic forces driving the KWA pipeline – are not being addressed,” the law professor said. “This adds a new tragedy for the people of Flint who deserve to know the root causes of their suffering and to hold any financial wrongdoing accountable.”

When our team assumed responsibility over the Flint Water prosecutions, we pursued all viable charges based on an exhaustive review of the entire body of evidence, including the evidence that had not been obtained by the Schuette administration. That additional evidence, and the investigatory means of obtaining it—including interviews, search warrants, documents, and devices—had not been pursued or reviewed, and was owed to the people of Flint. It would have been inconceivable to offer the people of Flint a partial and incomplete investigation.

We presented the entire body of evidence, including the newly sought evidence, to a grand jury which led to indictments against the nine individuals currently in court. These indictments included charges against individuals that were not sought by the Schuette administration.

Let me be clear: there was no charge that was not evaluated. There was no lead that was not pursued. And all evidence that could have implicated anyone responsible for the Flint Water Crisis was submitted to the grand jury for evaluation. Any speculation that suggests otherwise is meritless.

Despite the misinformation being actively pushed into the public sphere, we remain laser-focused on our commitment to delivering justice to the people of Flint.

Hammoud, after being appointed by Nessel, fired Todd Flood, the Schuette-appointed special prosecutor leading the RICO-themed investigation. The solicitor general and Wayne County Prosecutor Kym Worthy later made the unusual choice to go the unlawful one-judge grand jury route, to disastrous results for the state.

“We are committed to Flint,” Hammoud and Worthy said in a joint statement provided to Law&Crime after the latest setback. “Despite the prosecution’s tireless pursuit of justice for the victims of the water crisis, the courts have once again sided in favor of well-connected, wealthy individuals with political power and influence instead of the families and children of Flint.”

“There are not adequate words to express the anger and disappointment felt by our team, who have spent years on this case only to see it thwarted based upon a new interpretation of a nearly century-old law,” the statement continues. “The prosecution has pledged to exhaust all available legal options to pursue this case and that pledge remains. The team will review today’s ruling and continue its pursuit of justice for Flint.”

The statute of limitations has likely run out in most of the cases dismissed by Judge Kelly on Tuesday.