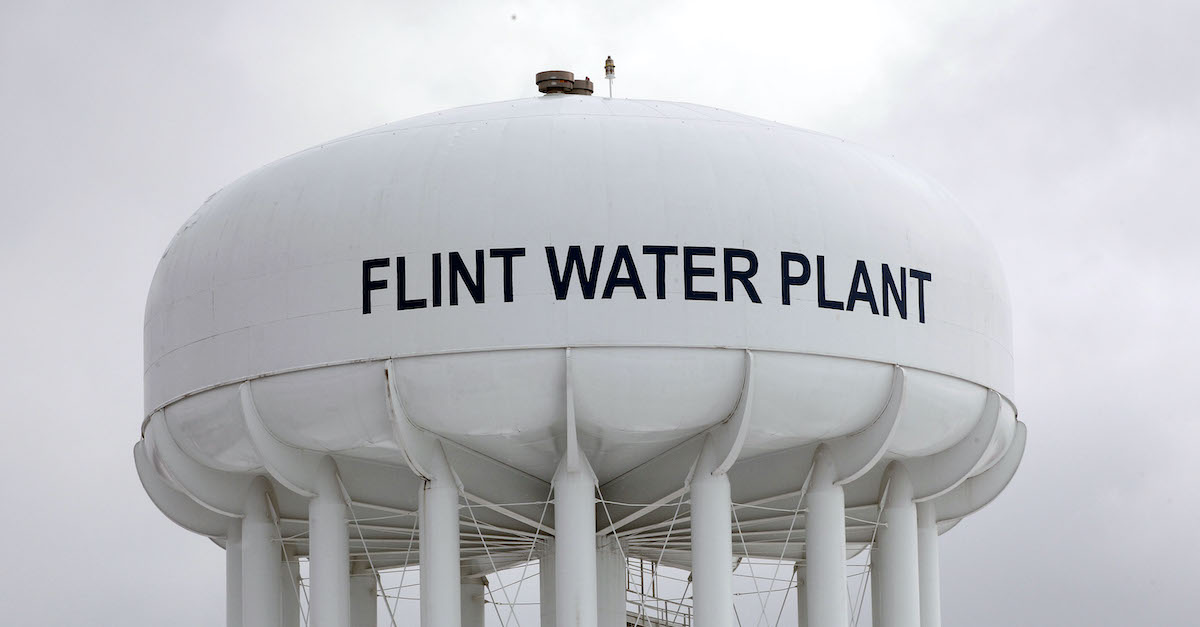 More than half a decade after the Flint water crisis sparked national headlines, a federal judge declared a mistrial on Thursday in a bellwether trial against two private engineering companies sued over alleged liabilities for the widespread suffering in a Michigan city.

U.S. Magistrate Judge David Grand made the call after receiving a jury note suggesting that the panel could not reach the verdict without jeopardizing their well-being.

“We believe the jury will not come to a unanimous decision even with additional deliberation,” the foreperson wrote in a handwritten note.

“For the physical and emotional health of the jurors, we don’t believe we can continue with further discussions,” a follow-up note added. “Further deliberations will only result in stress and anxiety, with no unanimous decision, without someone having to surrender their honest convictions solely for the purpose of returning a verdict.”

The plaintiffs’ lawyers did not respond to Law&Crime’s press inquiries.

The crisis roiled the city of Flint beginning in 2014, and though officials claim that the crux of the problem ended in 2016, other accounts indicate it remains ongoing. It also unleashed a torrent of civil and criminal litigation.

Four residents who were children when it began sued in 2017.

In a statement, VNA interpreted the mistrial as vindication.

“On behalf of VNA, we want to thank all eight members of the jury for their dedication and commitment to public service over the last six months, and the thoroughness with which they have approached the facts and questions before them,” the company said. “We are pleased to see that the meritless allegations of the plaintiffs’ lawyers failed to convince the jury, which confirms what we have been saying all along: that the people of VNA did good work for the people of Flint.”

VNA said that plaintiffs’ lawyers turned them into a “corporate scapegoat” for alleged government wrongdoing.

“We would have preferred a unanimous verdict and we believe that if the government officials responsible for the Flint Water Crisis, including Governor Snyder, had answered our questions instead of pleading the Fifth, the jury would have been in a better position to reach a unanimous verdict,” the company said.

“Wash His Hands of the Deadly Crisis”

The Michigan Supreme Court recently threw out criminal charges against Snyder in June.

“The people of Flint have suffered deeply, and it is our collective responsibility — across government, the private sector, and the public — to work together to ensure that what happened in Flint never happens again, and to help the people of Flint get the justice they deserve,” VNA said.

Like VNA, the Michigan branch of the National Action Network — a prominent civil rights group — used the occasion of the mistrial to denounce Snyder.

“Governor Snyder is trying to wash his hands of the deadly crisis in Flint with the very water he tainted,” Rev. Charles Williams II, the chair of the branch, said in a statement. “Throughout this trial, the former governor has hid behind the Fifth Amendment so he doesn’t have to look the people he poisoned in the eye. It has been a master class in how to get away with a crime on the taxpayers’ dime. It is obvious that the jury saw through this charade. They know that Snyder and other officials are responsible for Flint. The former governor put his hand on a Bible and swore to God he would protect the people of Michigan. Instead, he failed them by making careless decisions when it came to Black and Brown families.”

The group’s website says that Williams was mentored by the Rev. Al Sharpton, the founder of the National Action Network.

“Scripture teaches us forgiveness, but one must first acknowledge their transgressions,” Williams said. “We have seen the opposite here, as the Governor and his co-conspirators continue to bilk the state of millions of dollars for their legal defense. Governor Snyder’s request to avoid taking the stand should have been denied. Despite this mistrial I hope the justice system provides the truth and justice that the people of Michigan—real people, without Governor Snyder’s privilege—deserve.”

Read the jury note, below: