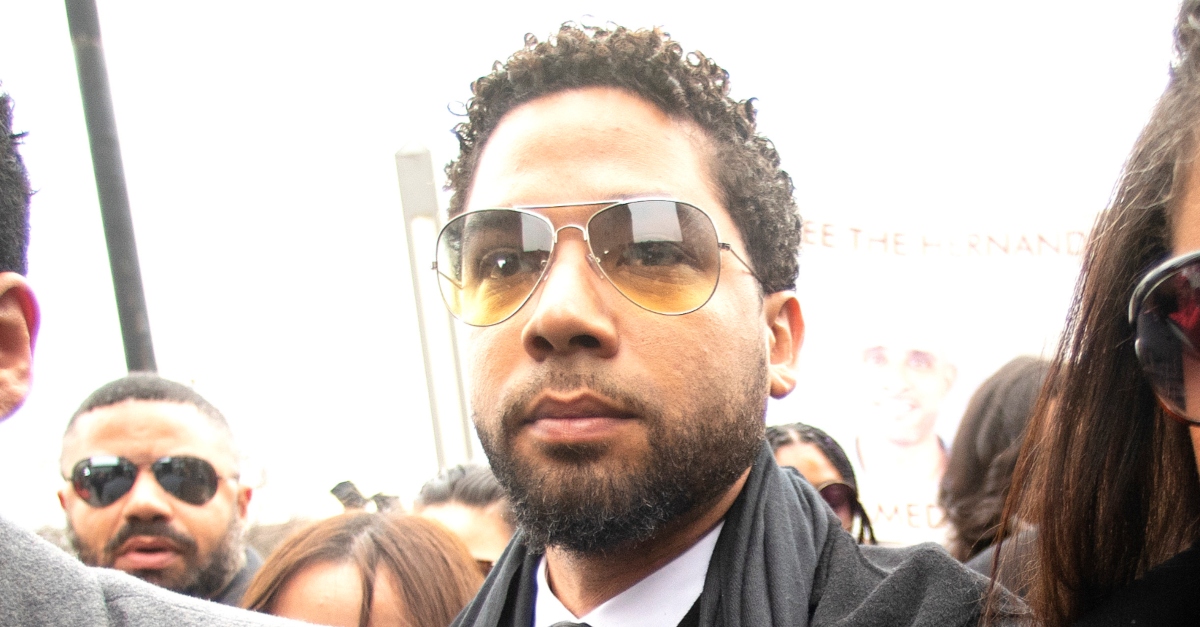 The most recent criminal case against actor Jussie Smollett will survive, at least for now. A judge ruled Friday that allowing it to move forward does not constitute double jeopardy.

“There was no trial in this case, there was no jury empaneled, no witnesses were sworn, no evidence was heard, no guilty pleas were ever entered … nothing like that ever happened,” Judge James Linn said according to The Chicago Sun-Times. “There was no adjudication of this case.”

Generally, jeopardy attaches when the jury is sworn, as the U.S. Supreme Court has noted several times.  Here, there was no jury, as the judge pointed out, so jeopardy did not attach.

Smollett was charged a second time in February for allegedly concocting a January 2019 hoax in which men attacked him in a racist, homophobic assault and told him he was in “MAGA Country.” Police initially seemed to approach the matter like a legitimate story but soon stepped out and accused Smollett of making it all up. They say Smollett asked two brothers, Abimbola and Olabinjo Osundairo, to help him fabricate the incident as part of a publicity stunt because he was unhappy with his pay on the show Empire.

The case, however, was dismissed in March of 2019, shortly after Smollett was indicted. Smollett agreed to forfeit his bond and do community service.

The city and its police department, led by Mayor Rahm Emanuel, voiced anger. They wouldn’t let the case go, even demanding a reimbursement check of more than $130,000 from the defendant.

A special prosecutor was later appointed to handle the criminal case against Smollett.

“This case has been a travesty of justice and an unprecedented deprivation of Mr. Smollett’s constitutional rights, including the presumption of innocence and right to a fair trial,” his attorneys wrote in a motion obtained by The Chicago Sun-Times last July, before the appointment of the special prosecutor. “Not only have the media and the public failed to critically look at the evidence (and lack thereof) against Mr. Smollett, but now, the court has accepted false media reports to presume Mr. Smollett guilty of charges which he pled not guilty to and which were dismissed against him.”

Smollett pleaded not guilty once again in the new case. A federal judge recently dismissed his claims against Chicago for alleged malicious prosecution.