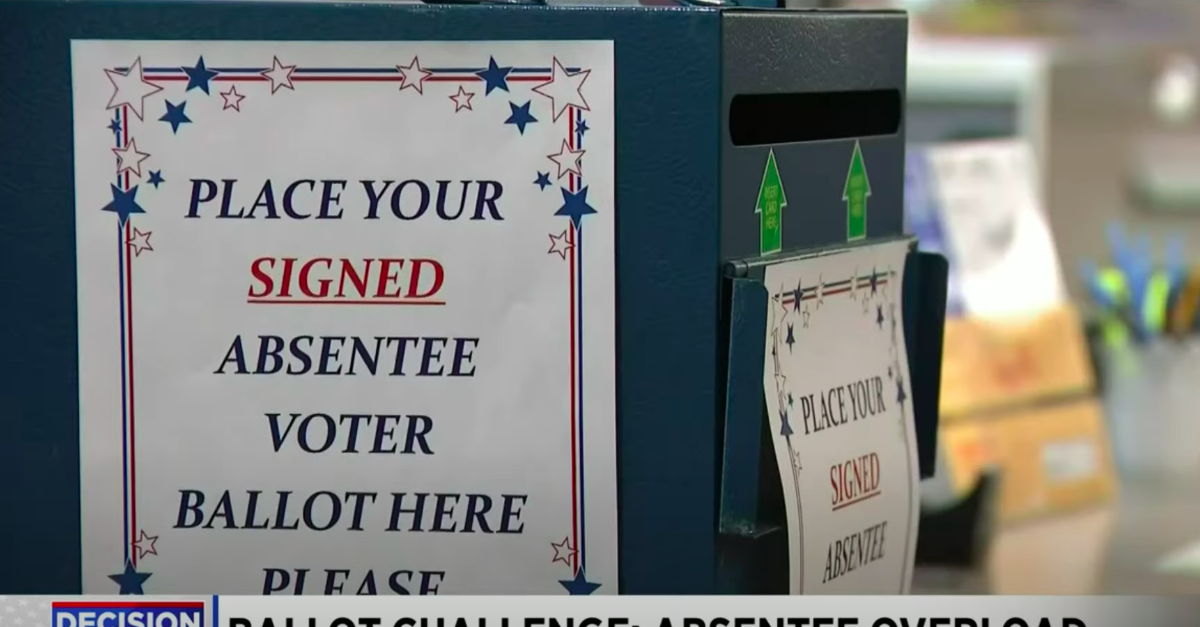 If you happen to be in the Grand Rapids, Michigan area on Friday evening, a group of GOP politicians have organized a particularly interesting demonstration to protest the state government’s decision to send mail-in voting ballot applications. According to local ABC affiliate WZZM-TV, local Republicans are asking people in the region to bring their absentee applications to the Deltaplex Arena where they will be used to light a bonfire as a show of disapproval.

“Karl Manke, an Owosso, Mich., barber who defied coronavirus related stay-home orders and reopened his shop early last month, will light the bonfire,” the report stated. “This comes in response to Secretary of State Jocelyn Benson‘s decision to send absentee ballot applications to all Michigan voters ahead of the August and November elections. Benson said this move ensures that voters do not have to choose between their right to vote and their health, as the state moves toward the recovery phase of the COVID-19 pandemic.”

A press release for the “parking lot event,” titled “Operation Incinerator,” encouraged voters to bring — or “harvest” — their ballots to the stadium for burning as part of a larger effort to recall Democratic Gov. Gretchen Whitmer.

“Together we will gather and burn all of the taxpayer funded applications, illegally sent to us from [Secretary of State] Benson. When you receive your unsolicited application, ‘harvest it’ and bring it with you,” the release stated.

“This Administration fully understand they can’t advance their agenda without usurping election laws to harvest illegal ballots/ votes.  It has become painfully obvious the Governor and [Secretary of State]  are gaming the Covid 19 issue to destroy small businesses, our Michigan economy and historic election laws by intentionally dumbing down the process while removing transparency and accountability!” a Facebook post for the event stated.

Trump last month falsely claimed that Secretary Benson had “illegally” sent absentee ballots — not ballot applications — to all of the state’s 7.7 million eligible voters, while also threatening to withhold congressionally approved federal funds from the state.

After harsh backlash about the factual inaccuracies in his allegations, the president deleted the erroneous tweet.

In case of inclement weather, the rain date for the bonfire event is Saturday, June 13.