Judge Refuses to Allow Anti-Trump Former GOP Administration Officials to Weigh in on Special Master, But ‘Appreciates’ Their ‘Willingness to Participate’ 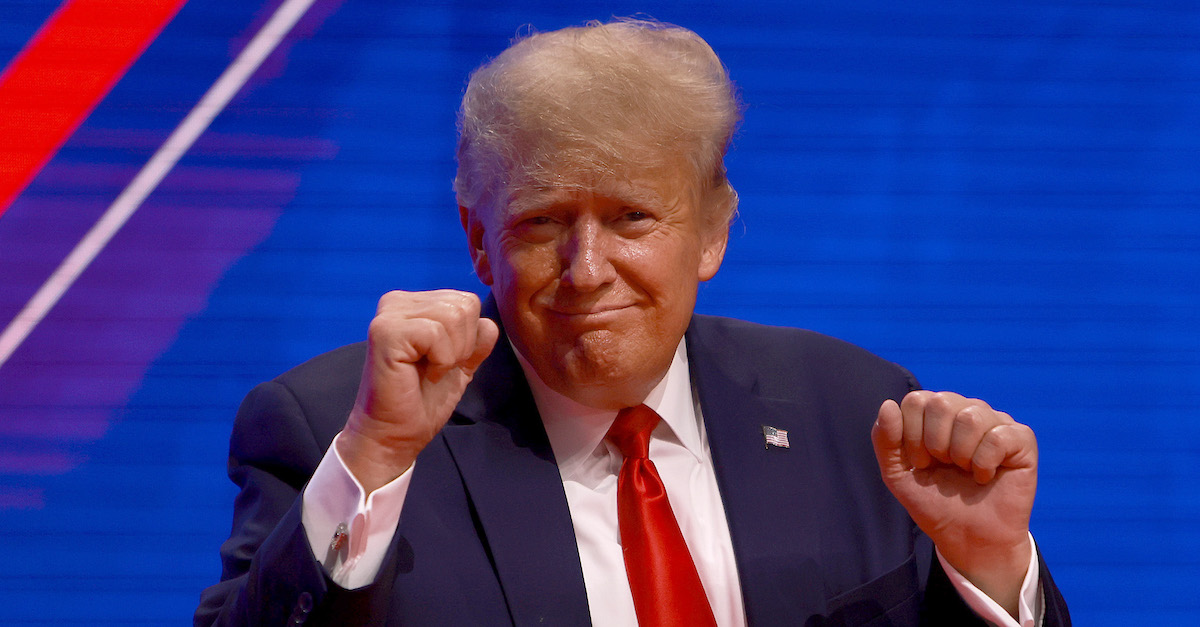 The federal judge who issued an unusual Labor Day ruling appointing a special master to review thousands of files seized from the 45th president’s Mar-a-Lago estate issued a brief order on Tuesday refusing to allow several onetime GOP officials from filing an amicus brief in opposition to the special master appointment.

In late August, several anti-Donald Trump former officials who served under Republican administrations moved to submit a “friend of the court” document that would help U.S. District Judge Aileen M. Cannon sort through the various legal issues at stake in the unprecedented criminal inquiry into the former U.S. head of state.

Such efforts to shape and influence a court’s eventual decision on any given legal dispute are routine. In federal litigation, oftentimes well over a dozen such amici are allowed to share their legal arguments.

Describing themselves, the example amicus brief filed last month says “all served in Republican administrations and collectively have decades of experience prosecuting cases involving sensitive materials or advising on matters regarding the proper scope of executive power and executive privilege.” The filing goes on to say that each has relevant expertise including “substantial personal experience with the structure and process of law enforcement investigations, including investigations involving public officials.”

In their proposed brief, the lawyers and Whitman argued that there was “no legal basis” to appoint a special master in the Trump case and, even if there was, that Trump had no basis to claim executive privilege over the documents seized from his residence by the FBI.

“Amici respectfully submit this brief in connection with former President Trump’s motion for the appointment of a special master to adjudicate his claims of executive privilege over documents seized by federal prosecutors pursuant to a duly-issued warrant,” the proposed brief argues. “[R]egardless of one’s political views, it is clear that there is no legal support for the relief requested by the former President.”

The filing goes on to say that appointing a special master “would be a waste of time” because Trump’s executive privilege claims are “manifestly frivolous,” citing “[c]ontrolling legal precedent.”

Cannon, in a paperless order with one sentence of explanation, dismissed the need for the ex-federal and state officials’ thoughts on the matter.

“Upon review of the Motion, the Court appreciates the movants’ willingness to participate in this matter but does not find the proposed appointment of amici curiae to be warranted,” the judge wrote.

Additionally, six other attorneys sought leave from the court in pro hac vice motions to formally take part in the case as the counsels-of-record for the seven anti-Trump prospective amici.

The Trump-appointed district judge denied those efforts as well.

“In light of the Court’s ruling on the Motion for Leave to File Brief as Amici Curiae,” Cannon wrote in another one-sentence-long order, “these Motions to Appear Pro Hac Vice are denied.”

The attempted amicus filings are available in full below: