Judge Bucks Prosecutors’ Recommendation for More Lenient Sentence in Case of California Woman Who Faked Her Own Kidnapping, Torture 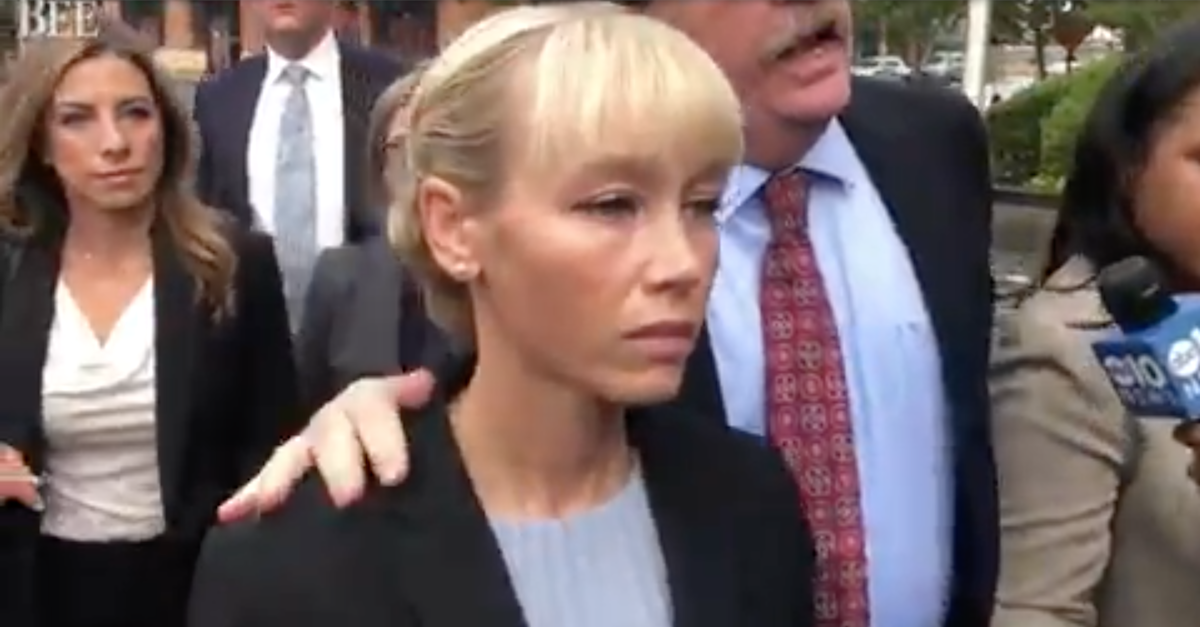 A Sacramento federal judge on Monday sentenced a woman who faked her own kidnapping and torture to 18 months in prison, bucking a recommendation from prosecutors that called for eight months.

A mother of two facing a divorce, Sherri Louise Papini was injured with bindings on her body and a brand on her right shoulder when police found her on a California freeway shortly before dawn in November 2016, ending a three-week search but sparking an investigation into her dubious claims. Papini told FBI agents she’d been abducted at gunpoint by two Hispanic women, but they determined she was lying and that she had instead been staying with an ex-boyfriend while concocting an elaborate kidnapping hoax that included self-inflicted injuries.

A plea deal struck in April called for prosecutors to recommend the low-end of the standard range under the U.S. Sentencing Commission Guidelines, which was eight months. U.S. Probation recommended an even more lenient sentence: One month in prison and seven months on home confinement. Papini’s lawyer urged Senior U.S. District Judge William B. Shubb to go with probation’s recommendation, but the judge instead imposed 18 months during a hearing Monday in the Eastern District of California’s Sacramento courthouse.

A 1990 George H.W. Bush appointee, Shubb called Papini a manipulator who would have continued to lie had she not been caught, according to The Sacramento Bee. He said she needed to be punished to deter other criminals because “We have to send a message that crime doesn’t pay,” according to the Bee.

She’s to be on probation for three years and is to pay $309,902 to cover losses by the California Victim Compensation Board, the Social Security Administration, the FBI and the Shasta County Sheriff’s Office.

Now 39, Papini was living with her then-husband and two children near Redding in northern California when her purported kidnapping sparked a massive search and drew international news coverage. Papini’s husband reported her missing about 5:50 p.m. on Nov. 2, 2016, after she didn’t pick their children up from daycare. Amid extensive searches and a flood of tips, California Highway Patrol officers found her on Nov. 24, 2016, about 4:30 a.m. after several motorists called 911 to report a woman standing or ruling the middle of Interstate 5 near the city of Woodland in Yolo County.

In the more than five years authorities to bring charges, prosecutors say Papini collected nearly $31,000 in 35 payments from the Crime Victims Compensation Board to pay for therapy sessions as well as new blinds for her home and to cover her ambulance transportation. She also repeatedly lied to federal agents as detailed in the complaint, calling them unprompted in 2018 to say she’d remembered through a therapy session that the burns on her arms had come from heated up kitchen utensils. Investigators appeared to believe her for years: In September 2017, FBI wanted posters with sketches of two Hispanic women were distributed worldwide, based on descriptions Papini had provided of her kidnappers.

But by 2020, agents had identified DNA on Papini’s underwear as her ex-boyfriend, and he told them he’d helped her “run away” to escape her husband, and that she’d gone with him from near Redding, California, to Costa Mesa, 580 miles south in Orange County. When they interviewed Papini in August 2020, she “continued to claim she was kidnapped,” according to the complaint, even after agents told her about the DNA and of phone records showing she’d been with her ex-boyfriend.

Federal prosecutors charged her in March 2022 with one count of making false statements and 34 counts of mail fraud, related to her victims compensation payments. A month later, Papini agreed to plead guilty to the false statements charge and a single mail fraud county in a deal that called for prosecutors to credit her for accepting responsibility and recommend the low-end of the sentencing range. They calculated that to be eight months, which they wrote in a sentencing memorandum “will minimize sentencing disparities.”

“Papini’s past trauma and mental health issues alone cannot account for all of her actions. Papini’s actions were wellplanned and deliberately considered. She was able to evade a nation-wide manhunt, including the combined forces of the FBI and local police, for 22 days until she staged her dramatic return,” according to the memo from Assistant U.S. attorneys Veronica M.A. Alegria and Shelley D. Weger. “Papini’s planning of her hoax kidnapping was meticulous and began months in advance – it was not merely the reaction to a traumatic childhood.”

“Papini’s kidnapping hoax was deliberate, wellplanned, and sophisticated,” according to the memo.

Her lawyer, William Portanova, said her punishment “is already intense and feels like a life sentence,” describing her as “unschooled and unskilled in honest communication.”

“The lies are out, the guilt admitted, the shame universally seen. It is hard to imagine a more brutal public revelation of a person’s broken inner self,” Portanova said in his memo, writing that “the most shameful part of her is now a matter of public discourse, and she sees that knowledge every day in the eyes of most of the people she encounter.”

“But the real pain is knowing the hurt she has caused so many people, and that she must spend the rest of her life trying to repair the damage she has done to her children,” Portanova wrote.

But Shubb on Monday said neither recommendation was suitable, calling Papini a manipulator who would have continued to lie had she not been caught, according to The Sacramento Bee. Shubb said she needed to be punished to deter other criminals because “We have to send a message that crime doesn’t pay,” according to the Bee.

Papini reportedly read a statement saying she was “choosing to humbly accept responsibility,” adding: “I am sorry to the many people who have suffered because of me — the people with scarified for the broken women I was, the people who gave willingly to help me in a time that I so desperately needed help.”

She will be able report to prison at a later date, the Redding Record Searchlight reported.

(Image via The Sacramento Bee/screengrab)