Authorities Say St. Louis Serial Murderer Known as the ‘Package Killer’ Has Been Identified After More Than Three Decades 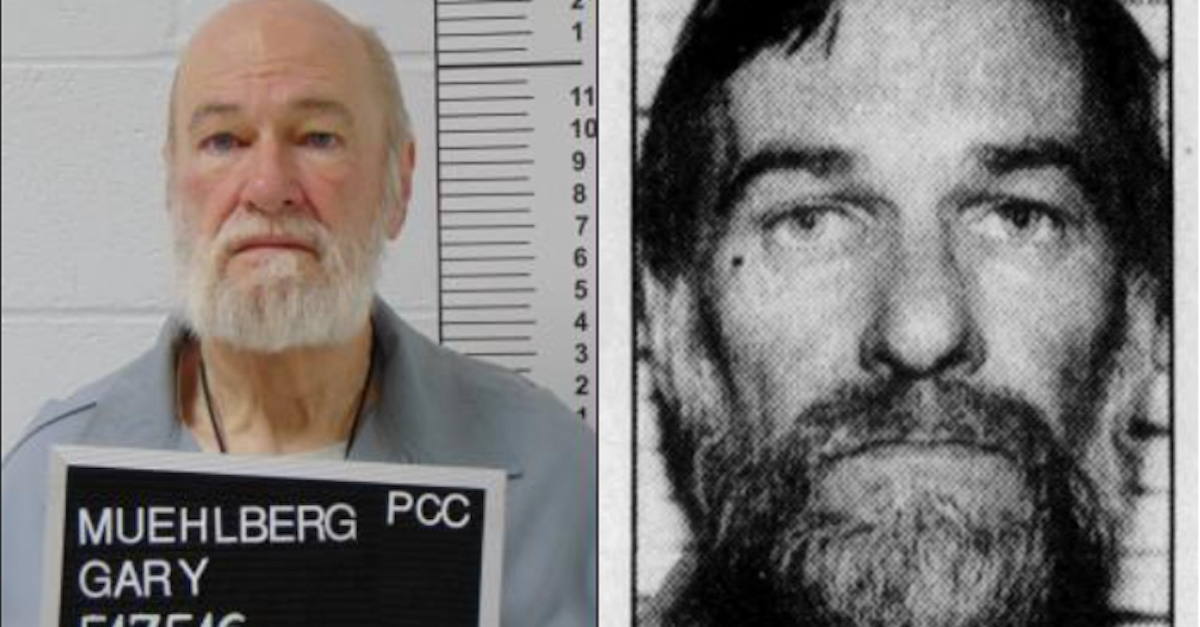 A 73-year-old man already behind bars for an unrelated slaying admitted to a series of cold case St. Louis-area murders dating back more than 30 years after the women were killed and their bodies stuffed into several different containers, authorities announced.

Gary R. Muehlberg was taken into custody and charged with four counts of first-degree murders in the deaths of Robyn Mihan, 18, Sandy Little, 21, Brenda Jean Pruitt, 27, and Donna Reitmeyer, 40.

Approximately 32 years ago, a serial murderer known as the “Package Killer” began abducting sex workers in South City, killing them, and leaving their bodies in containers for authorities to find.

According to a press release from the Maryland Heights Police Department (MHPD), Pruitt’s body was discovered stuffed inside of a trash can outside a subway station located in the 12400 block of Basston Drive. The department’s Major Case Squad of Greater St. Louis was brought in to assist with the investigation into Pruitt’s death and investigators determined that her murder was linked to at least two other slayings: one in Lincoln County (Mihan in 1990) and one in O’Fallon (Little in 1991).

Police say the killings took up “thousands of hours of investigative work” over several years, but still remained unsolved. Over the ensuing decades, investigators continued to follow up on available leads and resubmit DNA evidence obtained in the cases for analysis.

A break in the case came earlier this year when a DNA sample from the murders submitted to the St. Charles County Police Criminalistics Laboratory came back as a match for Muehlberg, who had already been in custody since 1993. Muehlberg was already serving a life sentence for an unrelated killing after being found guilty of first-degree murder and armed criminal action, online records show.

According to a report from St. Louis CBS affiliate KMOV, Muehlberg in March 1993 was arrested by police in southern Illinois for the murder of Kenneth Atchison, whose body was found in Muehlberg’s basement inside of a “makeshift coffin.” Atchison had reportedly been missing for several weeks after agreeing to purchase a vehicle from Muehlberg for $6,000 in cash.

Investigators from MHPD and the St. Charles County Prosecuting Attorney’s Office interviewed Muehlberg at the Potosi Correctional Center where they say he confessed to “several murders, including the Maryland Heights case involving Pruitt and an additional murder that had not yet been linked to the others (Reitmeyer in 1990).”

St. Louis NBC affiliate KSDK reported that all 3 prosecutors penned a letter to Muehlberg saying that his current prison conditions would not change if he confessed to the murders. They reportedly assured him they would not seek the death penalty, noting that he was already experiencing kidney failure and likely wouldn’t live long enough for capital punishment to be needed.

“I sincerely hope this new info helps and aids closure to all directly or indirectly to this negative actions. I am so sorry and only hope, wish and pray this in a way closure in loss of their loved ones family member, friends and can close off this terrible negative part of my past behavior. Finally, this past 1 1/2 months will close off the investigations to these untimely and unnecessary passing of the victims. May they now finally rest in peace,” the letter reportedly stated. “I still dislike that negative, dark, short period in past life. I made terrible mistakes and will probably never be able to truly rest in peace — but I hope and pray I can make amends by being realistic and truth for past mistakes I made. I am not asking for forgiveness but to aid closure in these cold cases.”

[images via Missouri Dept. of Corrections]