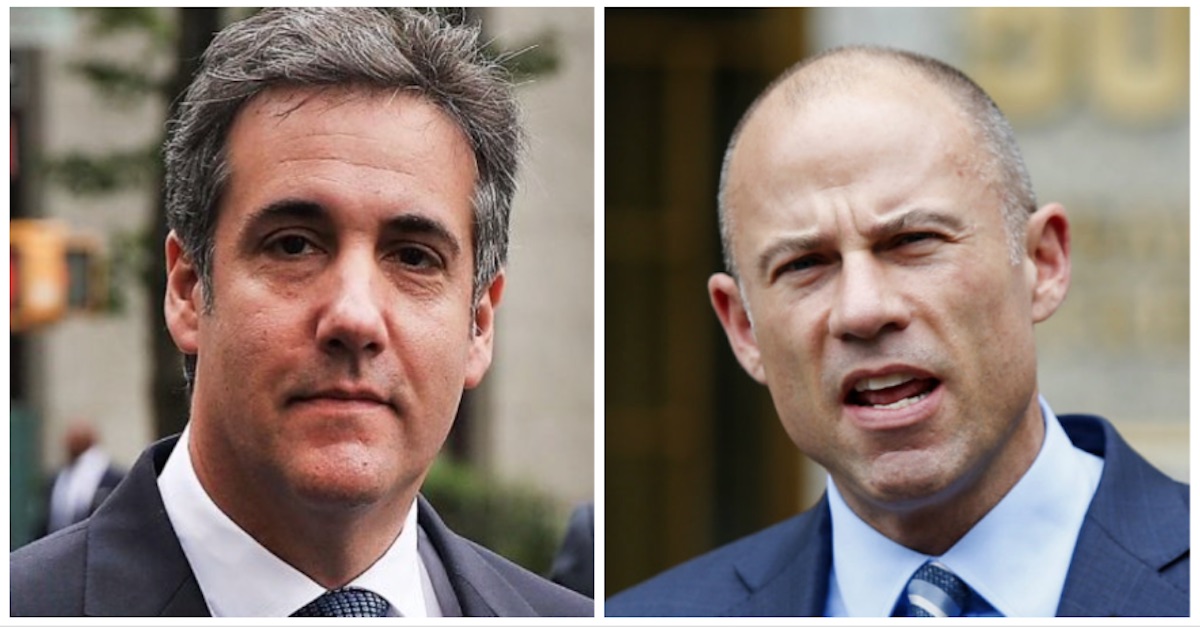 Remember when Michael Avenatti shared Michael Cohen’s bank records on Twitter and no one had a clue how that came to pass? An IRS analyst identified as John C. Fry now faces the charge of unlawful disclosure of Suspicious Activity Reports (SARs).

In the complaint, it is alleged that Fry, a San Francisco resident, committed the major no-no of disclosing Cohen’s records to Avenatti. Fry was also identified as the anonymous “law enforcement official” who told the New Yorker he “immediately became concerned” when he discovered two of Cohen’s finance-related files were missing.

Avenatti was mentioned in the complaint.

“Immediately after downloading the five SARs, John Fry placed two outgoing calls from his personal cellphone to (***) ***-4118,” it said. “The first phone call at 3:11 p.m. lasted approximately four minutes. The second phone call at 3:15 p.m. lasted approximately seven and a half minutes. A records check revealed that the phone number was associated with Michael Avenatti.”

As you may recall, the Cohen SARs story drove the news cycle for some time, given that it was alleged Cohen received half a million dollars from a Russian oligarch in the wake of the 2016 presidential election. Cohen was said to have funneled various payments through his shell company Essential Consultants, LLC, the one used for the Stormy Daniels hush payment.

Avenatti was quick to respond to the news on Twitter, pointing out that it is the person who disclosed the SARs, not third parties sharing them, who are on the hook legally.

Before certain reporters begin to run hog wild and misstate the law and obligations re SARs, now is a good time to repost this, from our filing long ago before Judge Wood. This is the law. pic.twitter.com/4ZlfVmSFEE

Avenatti appears to be correct about this point. The bulk of guidance and law in this area focuses on what banks, employees, and government officials shall not do with SARs, specifically publicizing that they exist in the first place.

The U.S. Treasury Financial Crimes Enforcement Network (FinCEN) says that the unauthorized disclosure of SARs is both a violation of federal criminal law and undermines the purpose of requiring SARs. Here’s what FinCEN’s website has to say on the matter:

The Code of Federal Regulations (CFR) has more to say in this area. 31 CFR 1020.320 covers reports by banks of suspicious transactions and stipulates what banks are required to do and what may not be done. Beginning with 31 CFR 1020.320(e)(1)(i), the general rules against disclosure by banks and employees: